#Found is a collection of lost and discarded objects gathered from towns, villages, streets, footpaths, fields and beaches, up and down the country over an eighteen month period. It is an ongoing project, by which I mean, I can’t stop. It’s become a habit, a routine. Grifting the streets for one last find. One more. Almost giving up, before spotting another gem. Abstinence broken. Falls off waggon. #Found is the physical results of this research. Information is absorbed with each and every find. Data about all sorts of things – places, people, behaviour, rituals and traditions. Research is experience. Making an object from found materials is a strict discipline. Items must literally be found on the floor. This is the only criteria for inclusion. The process is democratic, cutting across age, race and gender. #Found consolidates this research into wheel-like objects. The roundel shapes intended to imply completion, full circle. But I can’t stop adding to them. And when they are finally done I’ll probably make another. Yesterday I walked the dog and had it in my mind to find pieces of wood – some long, some short, in good condition, that I can drill/nail into. The wheel is being put together but is lacking some strength. It was wet and muddy and I found a few pieces of fence post, a length of lead pipe and other bits which could just about be contained in a thin carrier bag. I have grown accustomed to the confused expressions of passers by. I don’t mind the sideways looks, raised eye brows, smirks and under-the-breath sneers (in the sense that I do mind but I can live with it). The dog gives me some cover – I pretend I’m taking things for her to play with. I off-set the medieval peasantiness by carrying my finds inside a smart Waitrose carrier bag. I exploit my children similarly “must be for a school project” they think and smile sympathetically but it doesn’t fool everyone. Still there are frowns, mutters and wtf expressions and so I have perfected a lethal dead-eye return stare. Happily, collecting on the beach is perfectly acceptable. Everyone does it. But the good stuff is in the towns, caught between paving slabs, or worse, in the gutter. I have developed a dip-and-scoop technique, a single fluid movement… perfect for small objects that can be concealed in the hand without the immediate need for a carrier-bag. Collecting has become a compulsion. I walk everywhere scanning the ground and the less swept corners where items often collect. I get excited about black and yellow pencils which appear over night. Beads, buttons, hair slides, broken toys, branded zip-pulls. I found a Golden Shi-Shi Moshi Monster off Mill Road but my kids stole it. I found a ring. I found a pair of bolt-cutters. I found hand fulls of broken clay pipes, thrown into the Thames 300 years ago. I found rusty iron plough blades in fields. Remote controls. Over £50 in cash. Half a dozen snooker cues. A crow-bar. A cuddly-toy… I’ve done a bit of skip diving but this feels like cheating so I’m trying to resist the urge. Individual finds can take on extreme significance. An Union Jack embroidered patch. A doobie-smoking Rastafarian cigarette lighter found close to an Essex Young Persons Drug & Alcohol Services button badge, found close to a London Transport Police Dog Section branded pen. WIN! You could build a story around those three things alone! And it’s very sad when not all these treasures make it into the final work – because they’re physically too big, or too attention grabbing, or somehow don’t-fit-in. The gathered items build a picture of society, like going through everyone’s bins. If I haven’t found it in my travels, it doesn’t feature. But I think everything is in there – a yellow London 2012 Olympics wrist band, Remembrance Day poppies, Xmas wrapping, fireworks, fashion brands, kids toys, mobile phone batteries, DS wands, laptop keys, and remote controls. A record of mass popular culture for 2012/2013. 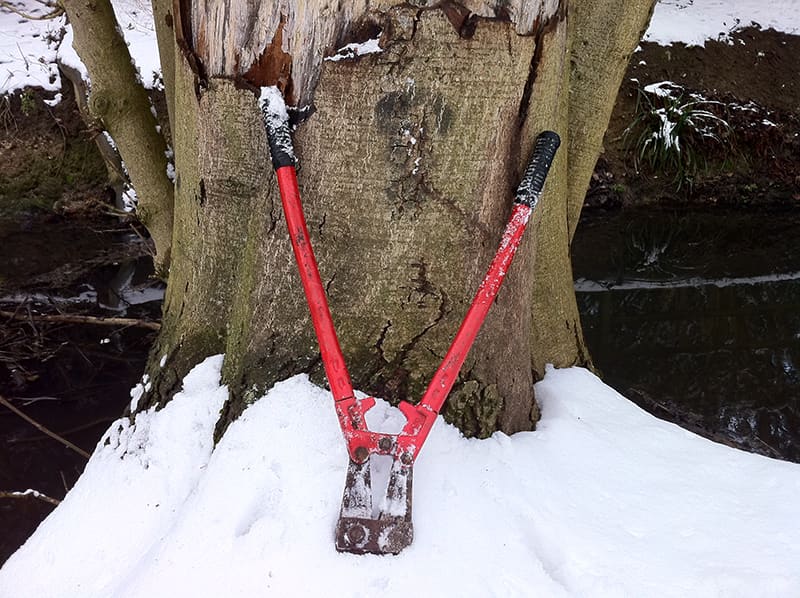 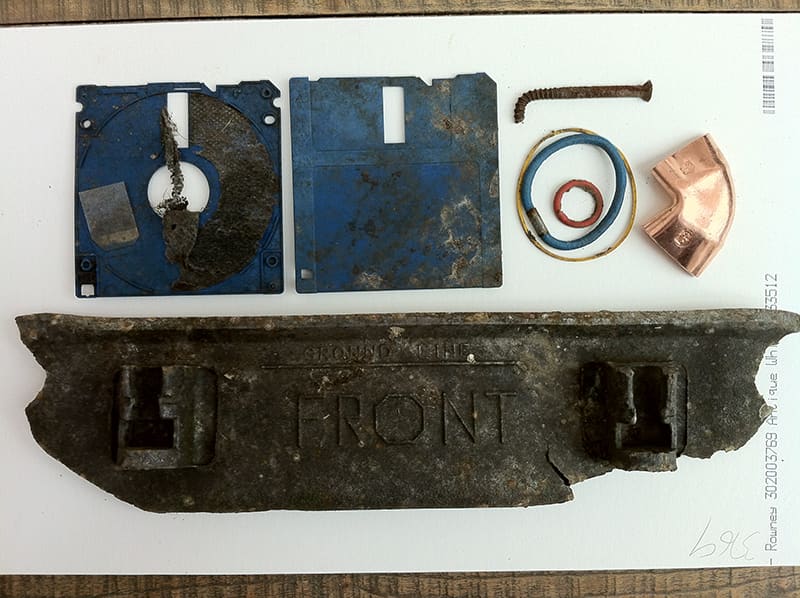 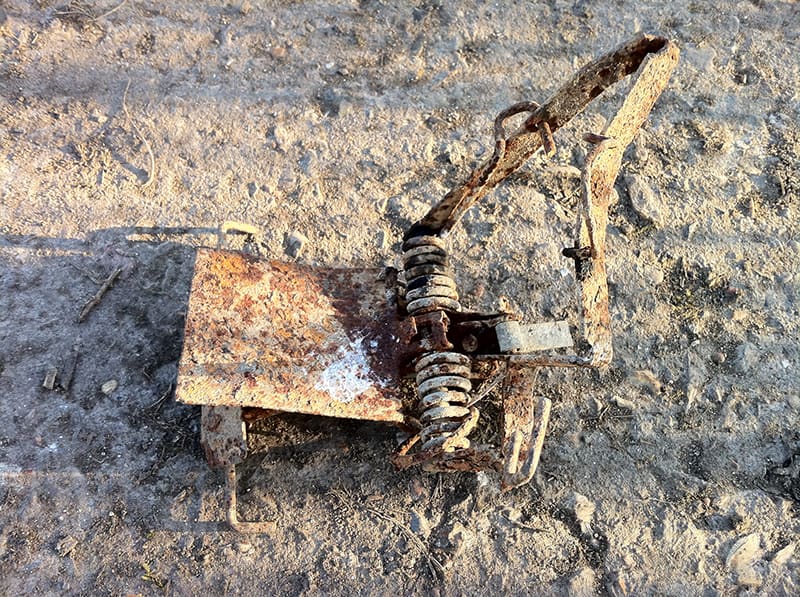 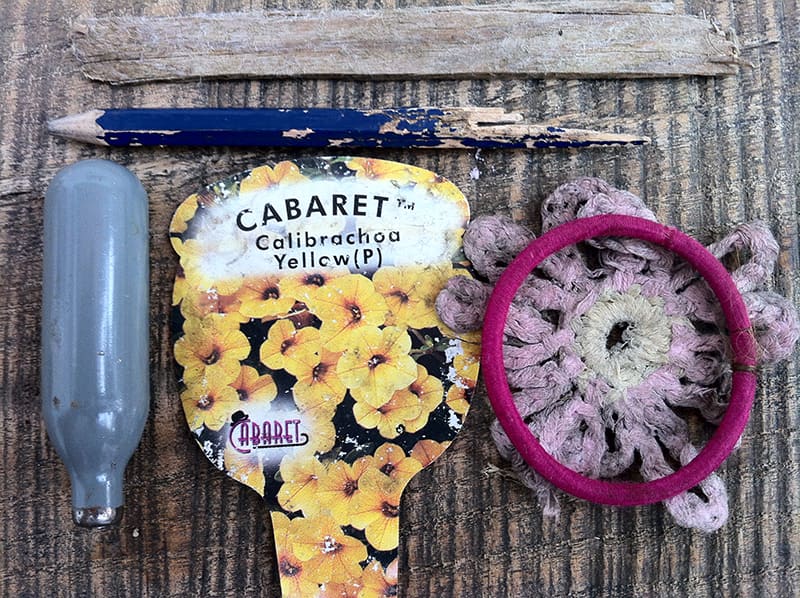 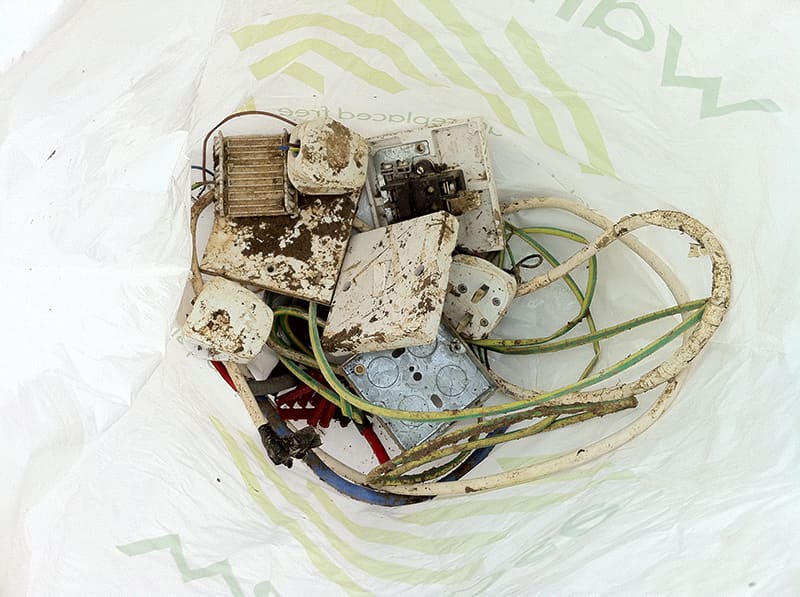 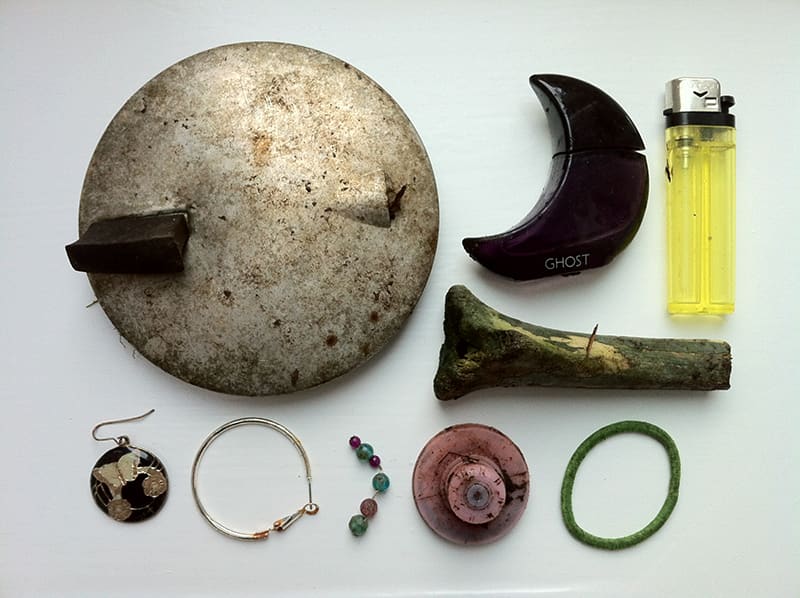 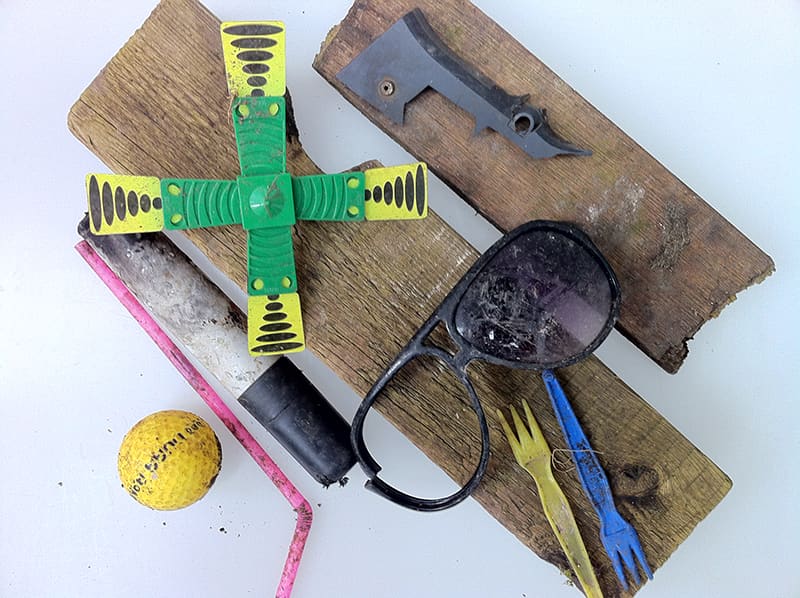 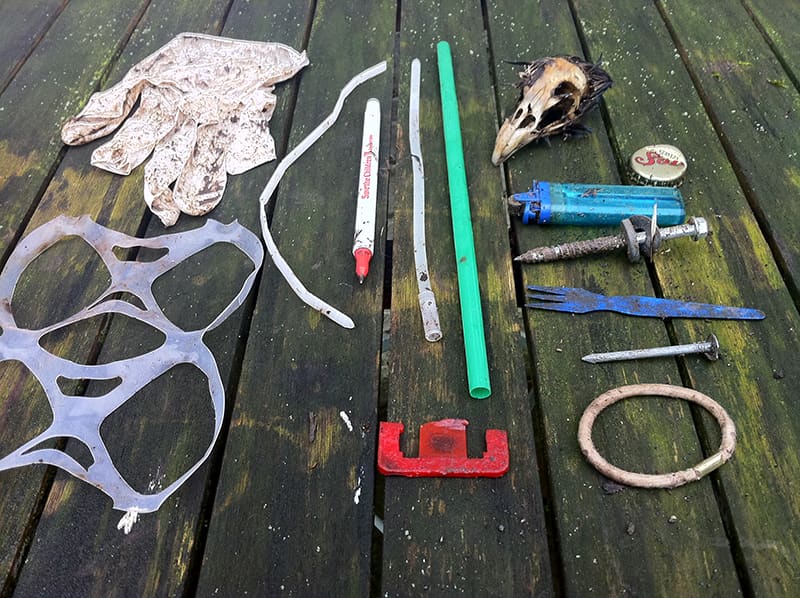 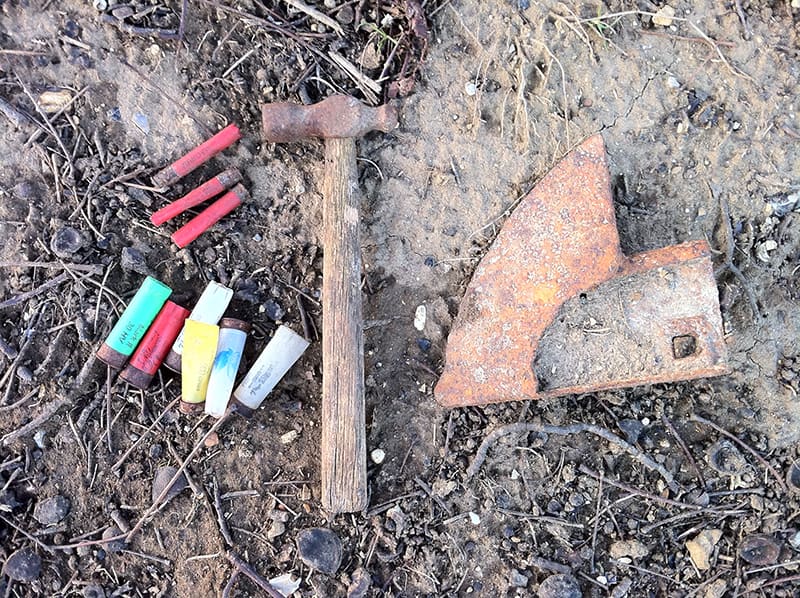 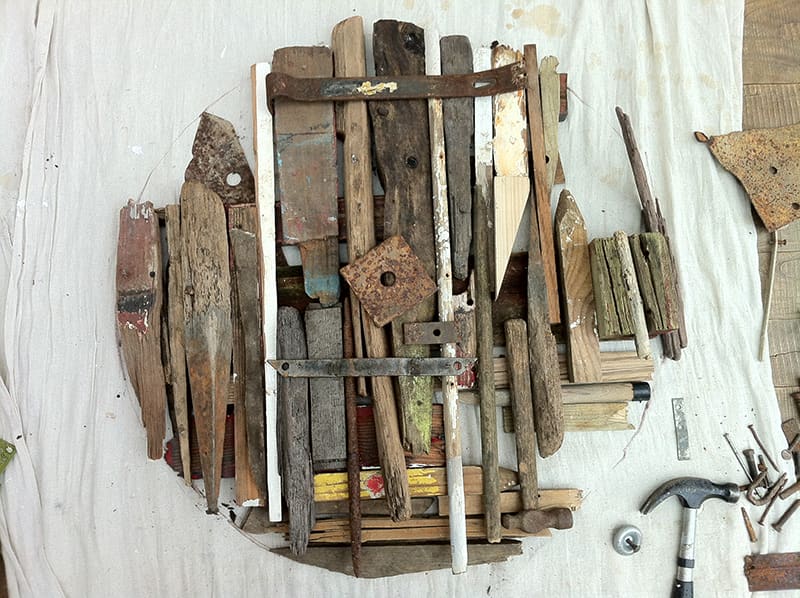 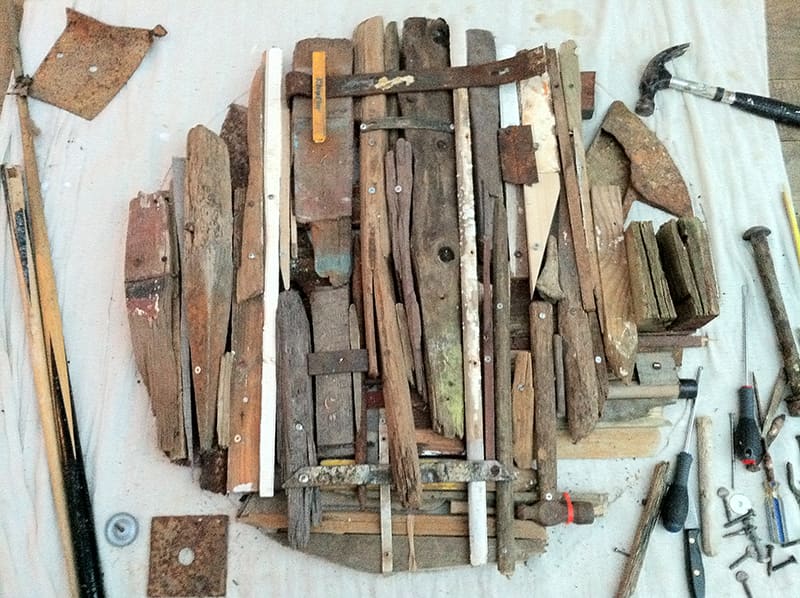 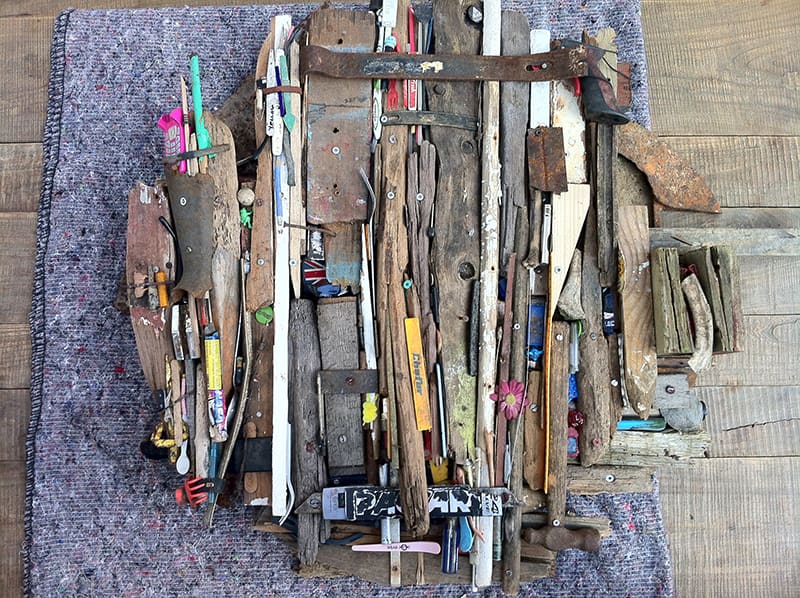 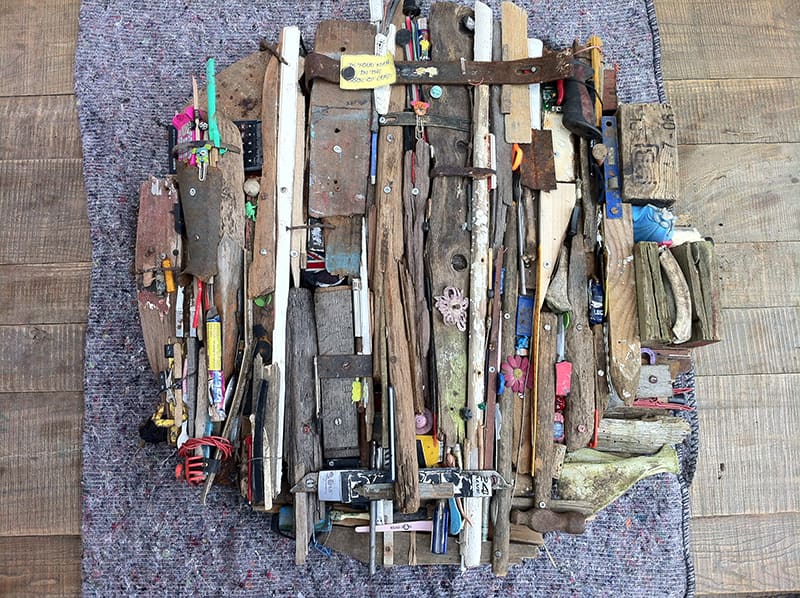 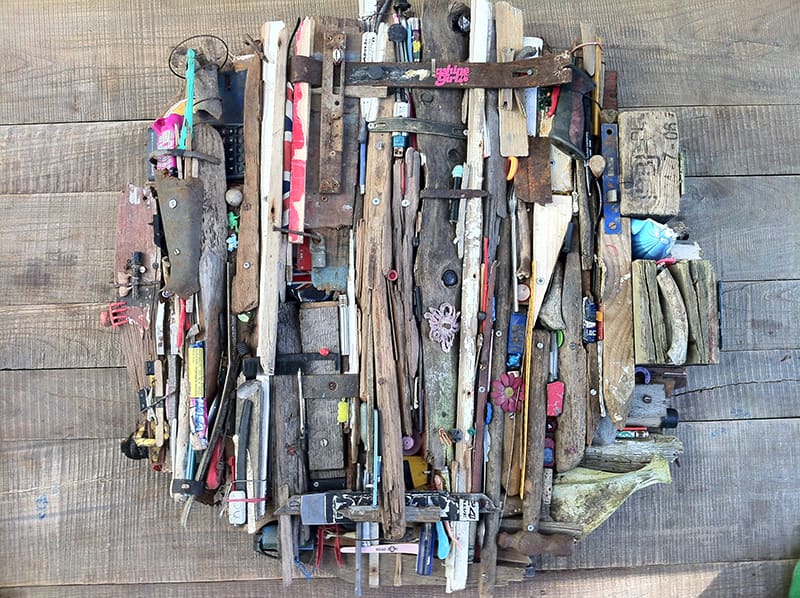