Dropped August at nursery then drove down to the London Boat Show at the ExCel centre in the docklands (in the rain). Met Andy and Piers and talked about a new project. Met some interesting people. Drove home (in evening sunshine) listening to Steve Wright and Simian Mobile Disco. It’s looking very likely that I’m going to be designing a brand identity for MUSTO. No London agency involved… just me Piers and Andy. The ExCel Centre is OK, nothing special. Nowhere near as big as the NEC. But the position is great. On the Thames, opposite the Dome, near to City airport. I preferred it before it was developed but the cranes are still here. So are the dodgy bits. It’s like an American city – affluent re-development one street, turn a corner and it’s squalid. 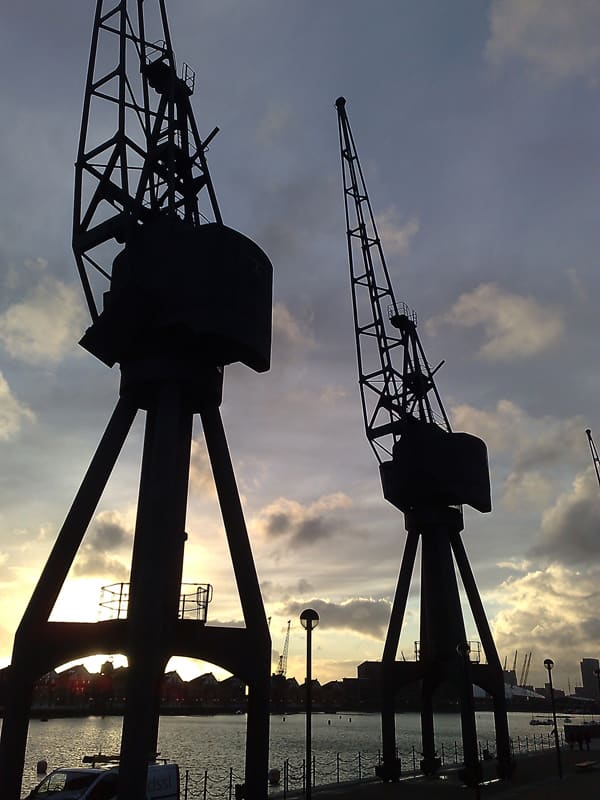