‘BEANO: The Art of Breaking the Rules’ opened at Somerset House last week. Curated by artist Andy Holden, a lifelong Beano fan, the exhibition features a collection of artists influenced by the Beano’s irreverent and anarchic attitude.

Walk through the reception area, past the ticket office, into a Beano Museum; next the Birth of the Mavericks Hall with life-size Dennis the Menaces and Gnashers evolving through the ages, tumbling Bash Street Kids, a giant catapult and looming whale; climb the Office Tower into the Editor’s Office; Snooty’s Castle (actual castle); Dennis the Menace’s and Minnie the Minx’s homes; visit Bash Street School; stroll along Beanotown High Street past Beano Records with it’s jukebox playing tunes selected by St Etienne’s Bob Stanley; then the Beano Museum of Modern Art with it’s sleeping attendants, into the Garden area with sign writing installation by Peter Liversidge and finally the WiDL shop.

I worked with Andy Holden and 3D designers Sam Jacob Studio to dress the space and walls with graphics from the Beano – the characters, the locations, notices and posters. The Beano world made real, a flying tomato here, a smelly sock there. Many of the older characters were painstakingly re-traced and we made a BEANO typeface for signs and posters.

Instead of the usual exhibition catalogue Andy Holden worked with Beano artist Nigel Parkinson to write a meta-comic – a special edition of the Beano revolving around the exhibition featuring Andy and many of the artists from the show, complete with a visit from the Guardian’s art correspondent Adrian Searle who arrives on a swan. Three months immersed in Beanotown was a dream job. 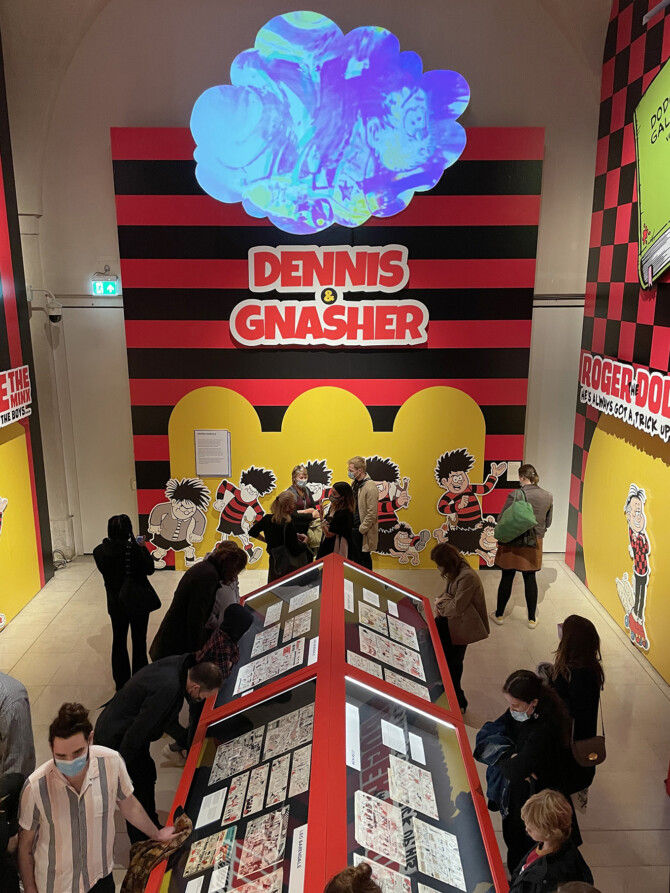 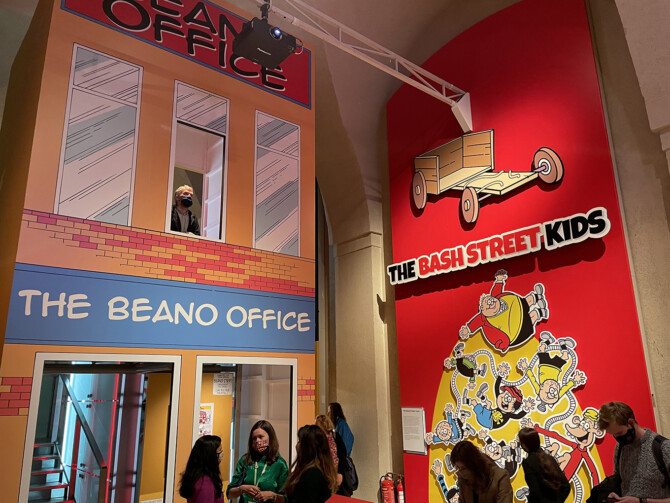 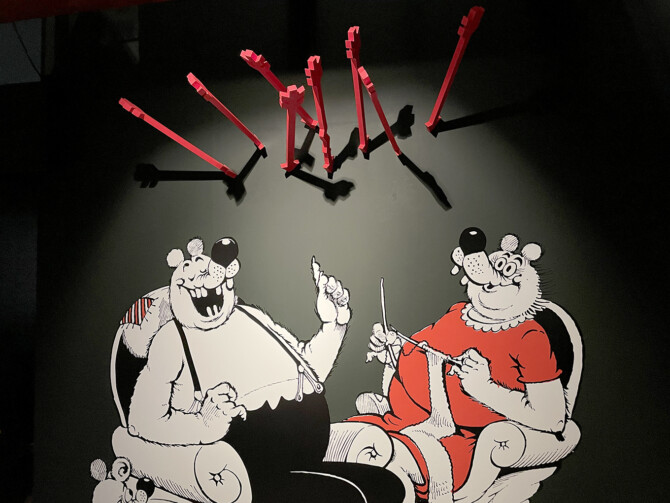 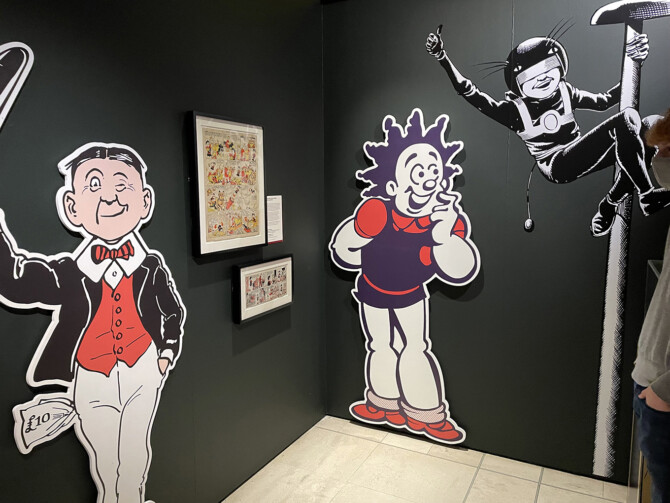 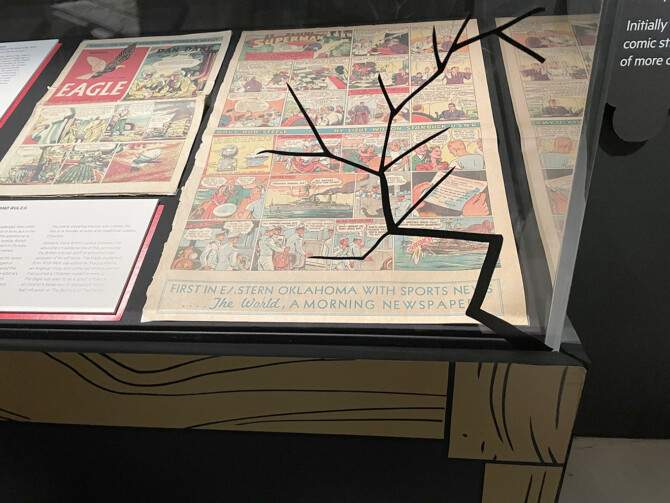 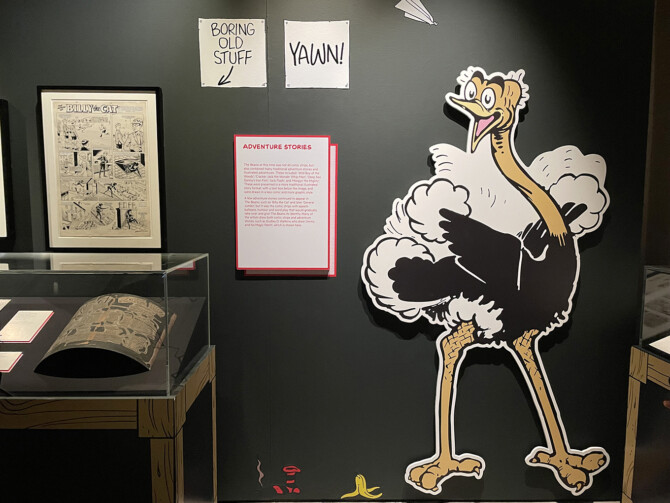 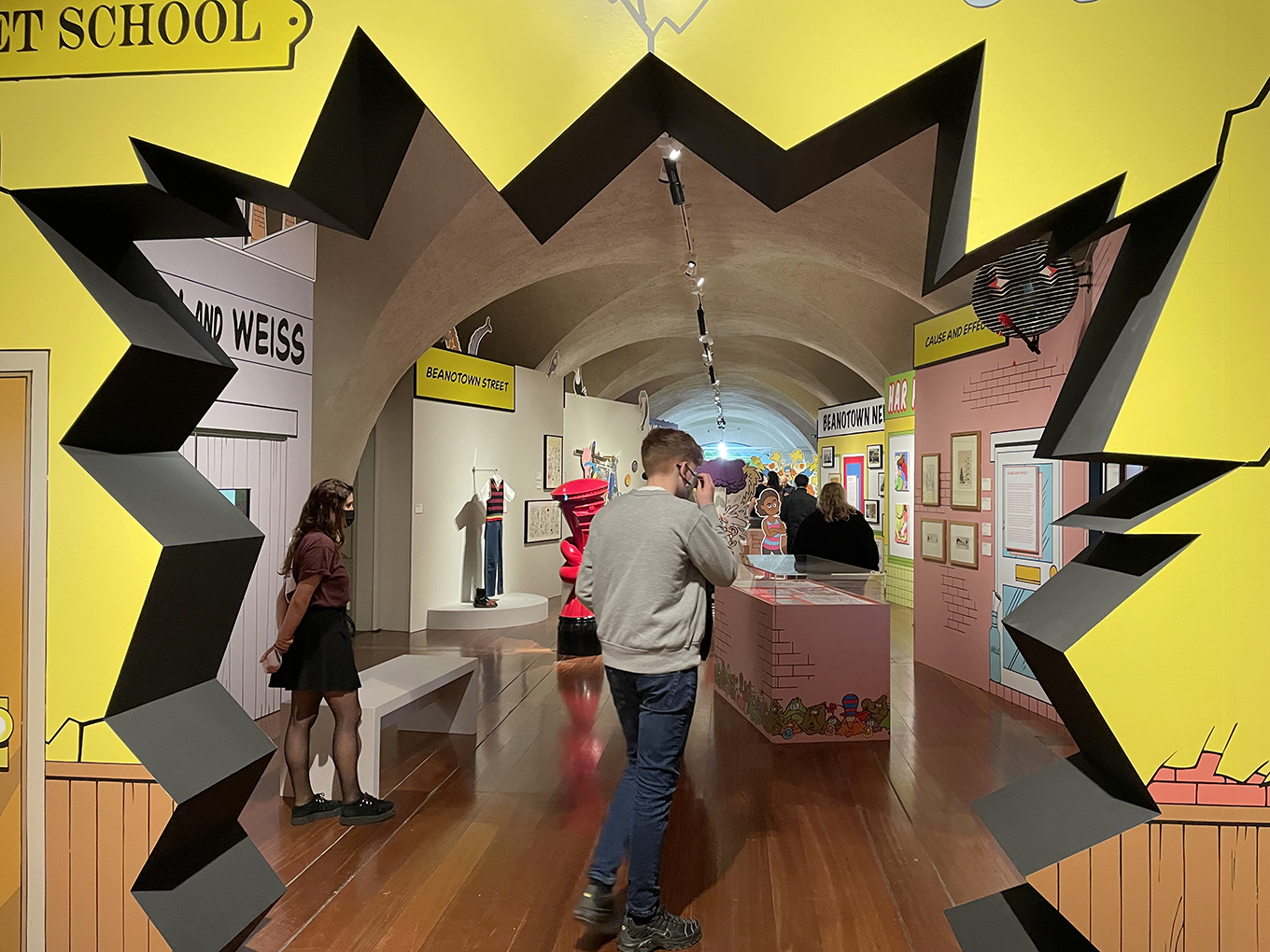 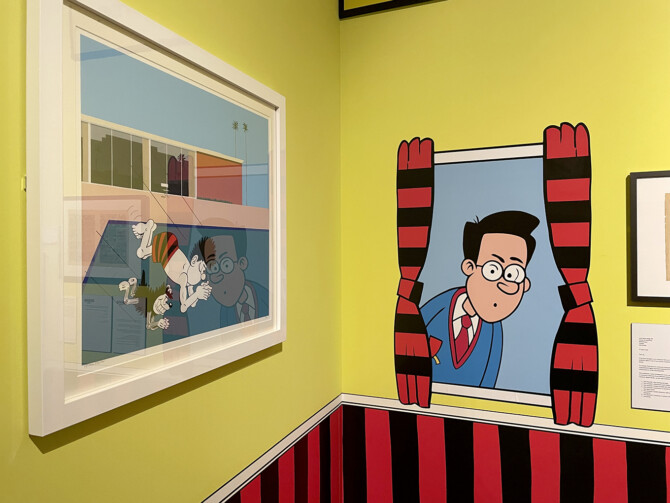 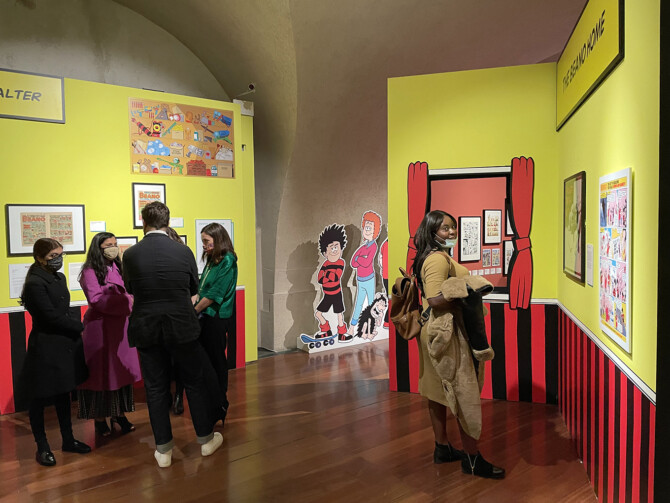 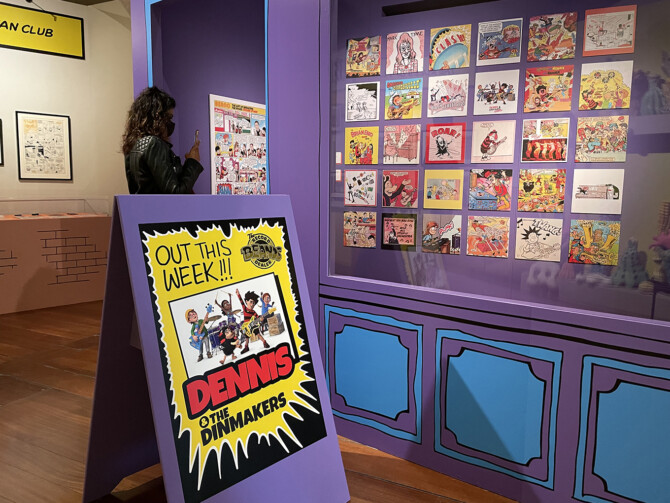 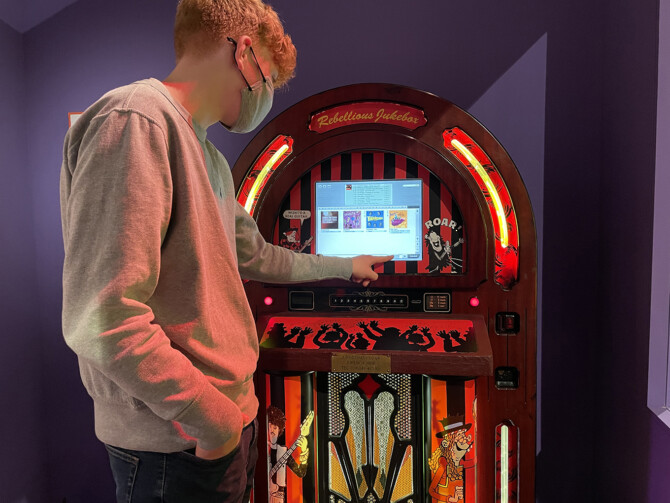 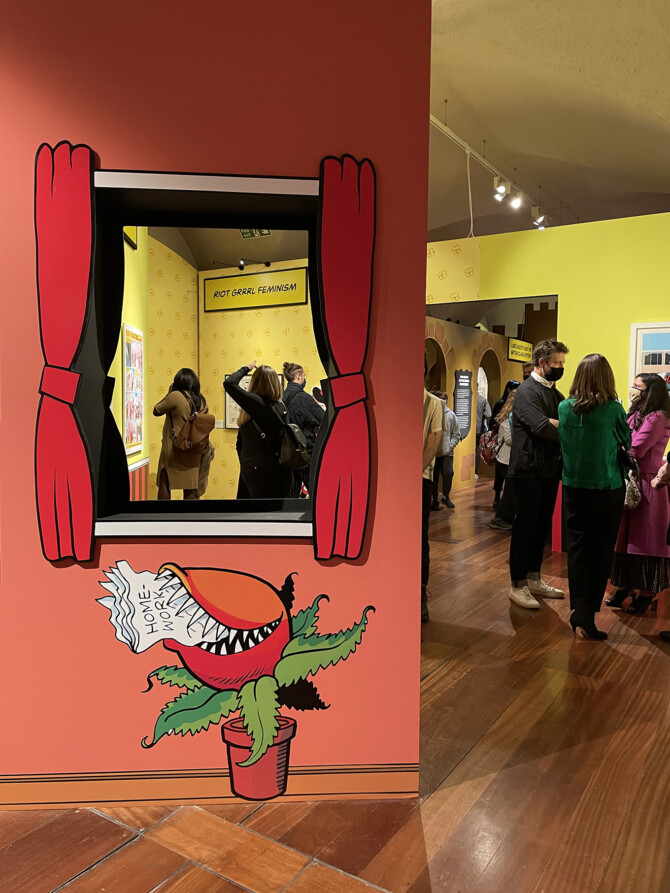 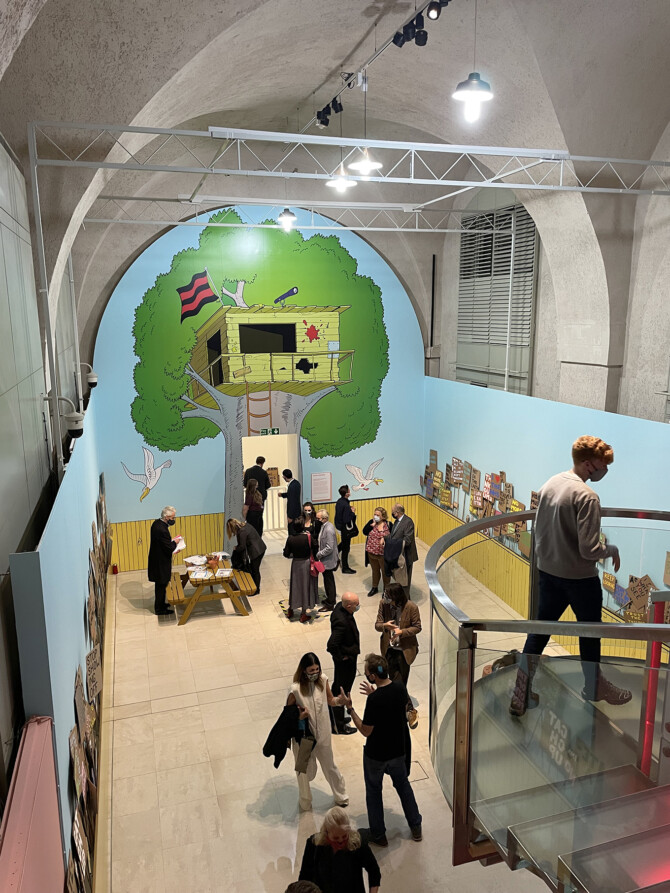 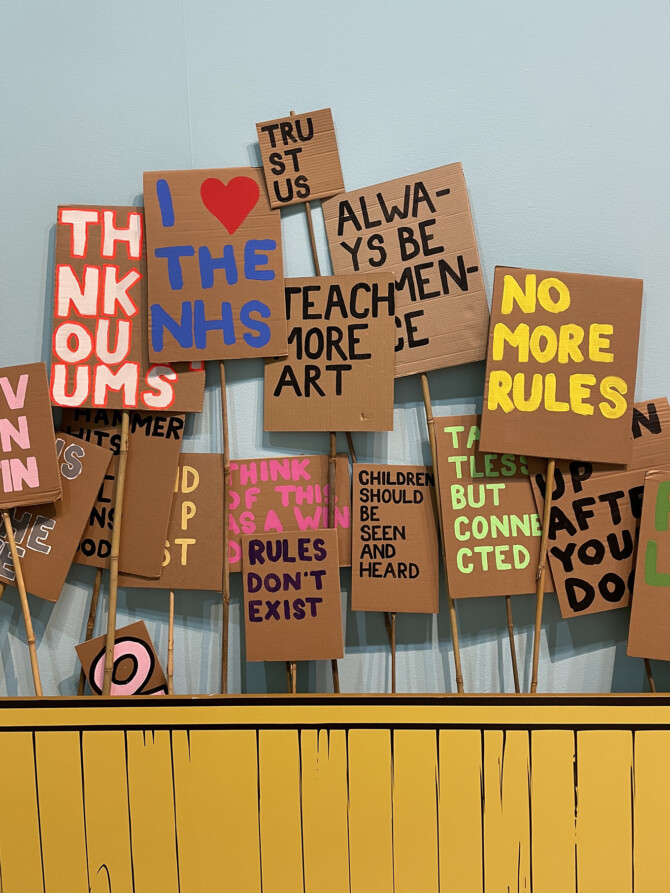 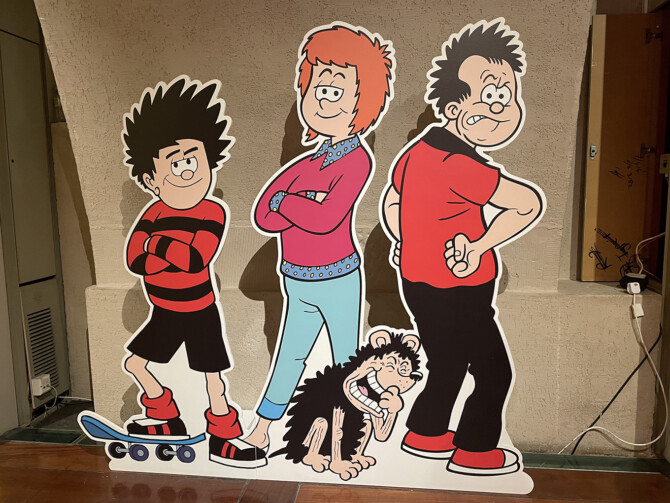 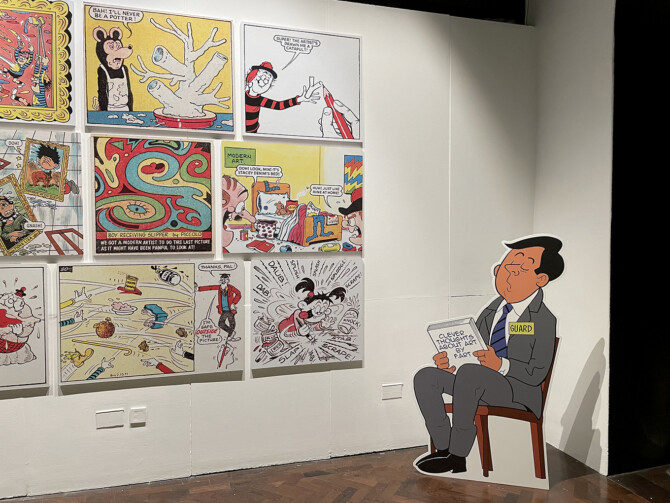 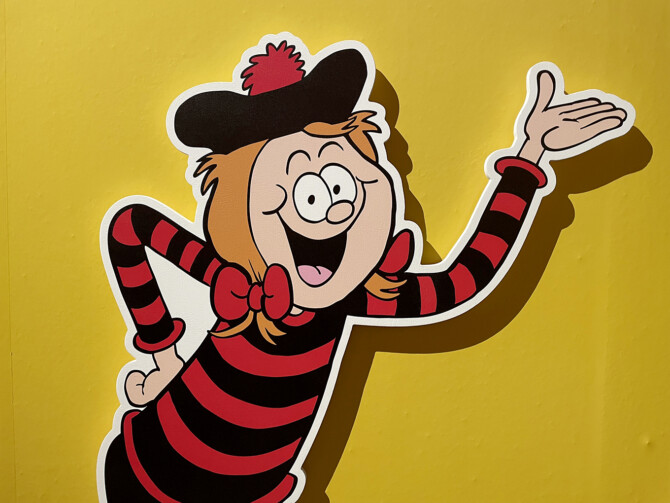 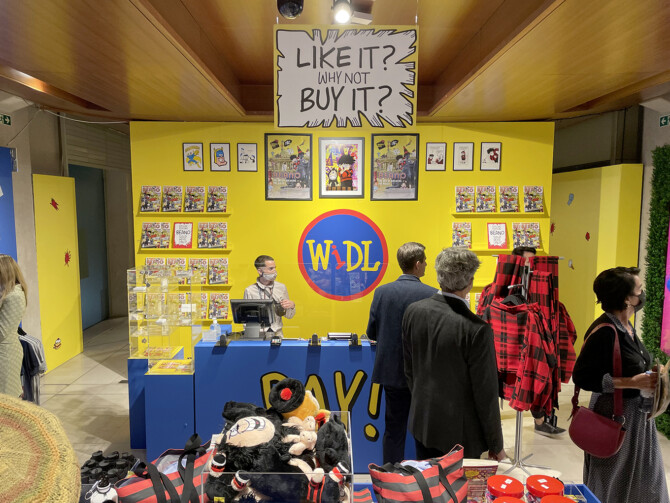 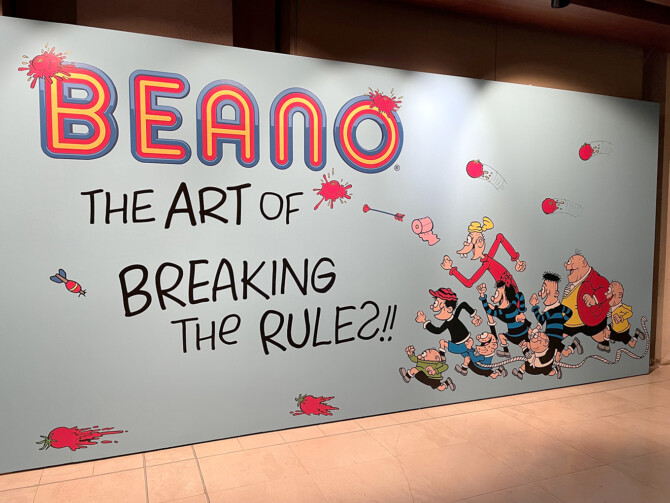 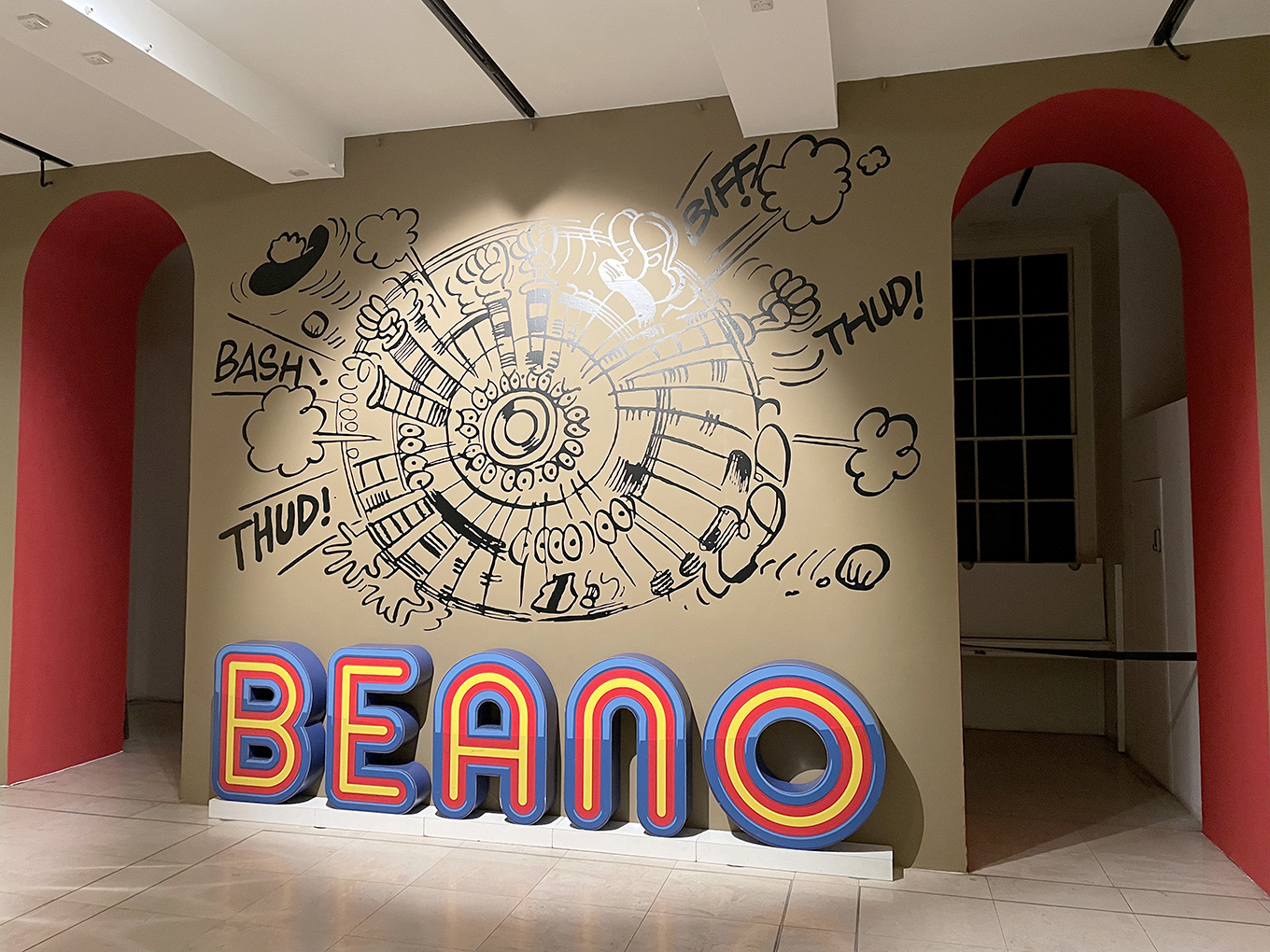