Tracey Emin’s new show LOVE IS WHAT YOU WANT is currently running at the Hayward Gallery. In support of which a morning of lectures was held at the Purcell Room, Queen Elizabeth Hall. The day explored Emin’s use of materials and her “strategies of self-representation, with a particular focus on the Turkish Cypriot diaspora, gender, sexuality, race and class”.

Mark Durden’s talk “The Authority of Authenticity” discussed the well documented aspects of Tracey’s upbringing in Margate – delinquency, rape, abortion, alcoholism, etc – and her decisions to make these stories the subject of her work. Durden claims that her work “provides the privileged classes of the artworld with an abject exoticism”. He draws comparison with Richard Billingham’s series Ray’s A Laugh and the wider trend for social realism in contemporary art and documentary photography.

Glenn Adamson – a specialist in craft history and theory – argued for greater transparency in the process of creating Emin’s work. Who are the craft artworkers and to what extent are they creating her work.

John White was Emin’s printmaking tutor at Maidstone College. He talked about her life and work at that time. The only speaker with a first hand relationship to Tracey Emin, White offered a personal insight which seemed to lend credibility and authenticity to her work. She had problems but was recognised as a talent being the only student invited to print at the then London based Curwen Studio. She exhibited at a show on graduating where she met Michael Rothenstein and the influence of Richard Bawden’s work are also apparent in early prints.

Curator of the show Cliff Lausson and Deborah Cherry, History of Art prof at Central St Martins, then chaired a discussion with Durden, White and Adamson.

Alev Adil shares a mixed parental ethnicity with Emin, with a Turkish Cypriot father and English mother. She discusses how the artist’s work fictionalises as much as it reveals her upbringing, using hperbole, dream and fantasy. Adil also covers the political events in Cyprus and the wider issue of “disaporic identity” raised by Emin’s work.

Camilla Jalving’s paper, “Strategies of self-presentation in the art of Tracey Emin” analyses Emin’s own writing and interviews to question the extent to which Emin truthfully portrays herself in her work and media image. How much is there a performance and how much is she “just me, Tracey”. Jalving proposes that Emin’s work is neither fully ‘authentic’ nor ‘staged’, but rather oscillates between being and performing.

Alexandra Kokoli, Tracey vs. Emin discusses the damaging influence of Tracey’s celebrity personality and how this over simplification allows her work to be criticised and ultimately dismissed.

My own opinion of Tracey Emin is unchanged. I like Tracey Emin. I’d need to discover that some aspect of the Tracey Emin story was a big fat willful lie to change my opinion… that she is fundamentally inauthentic. I choose to believe her when she tells a story about her adolescence, or her feelings towards her father, or how she sees herself. I buy into her uncompromising brand values of irreverence, authenticity and success and her choice of process and materials express these values and her personality perfectly for me. 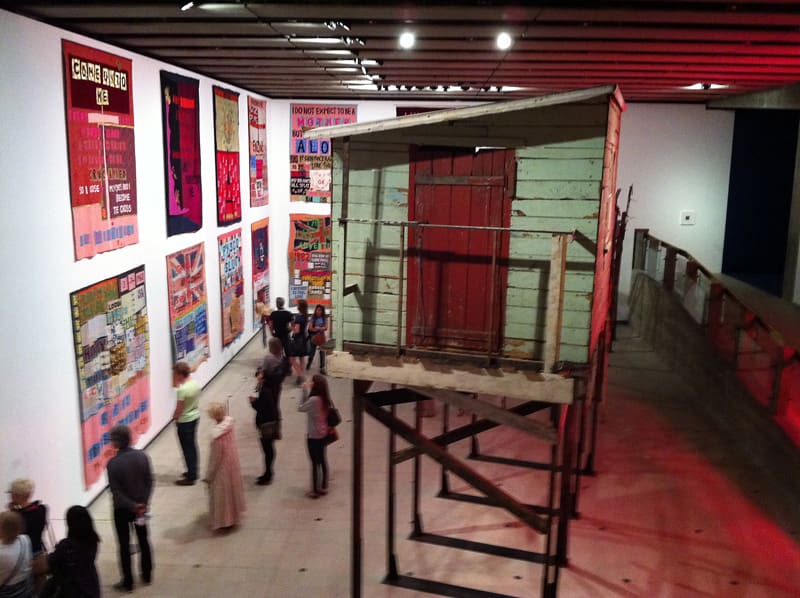 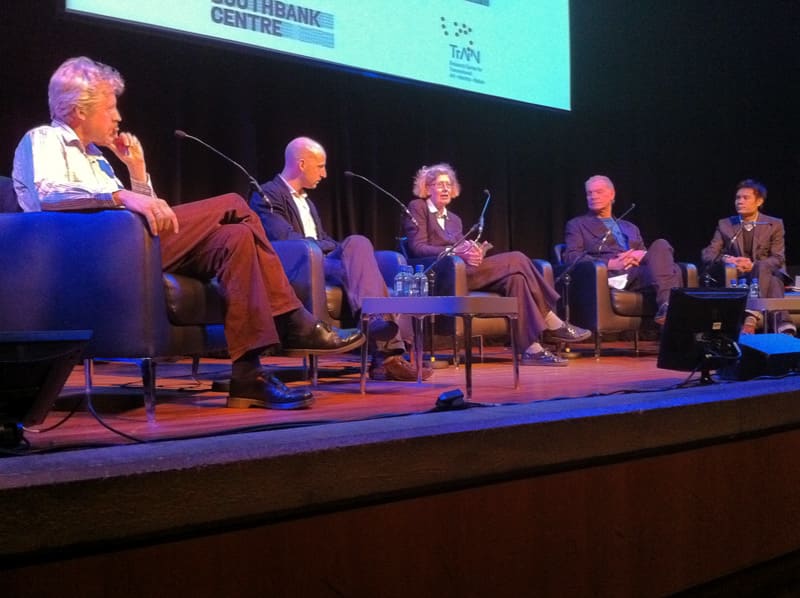 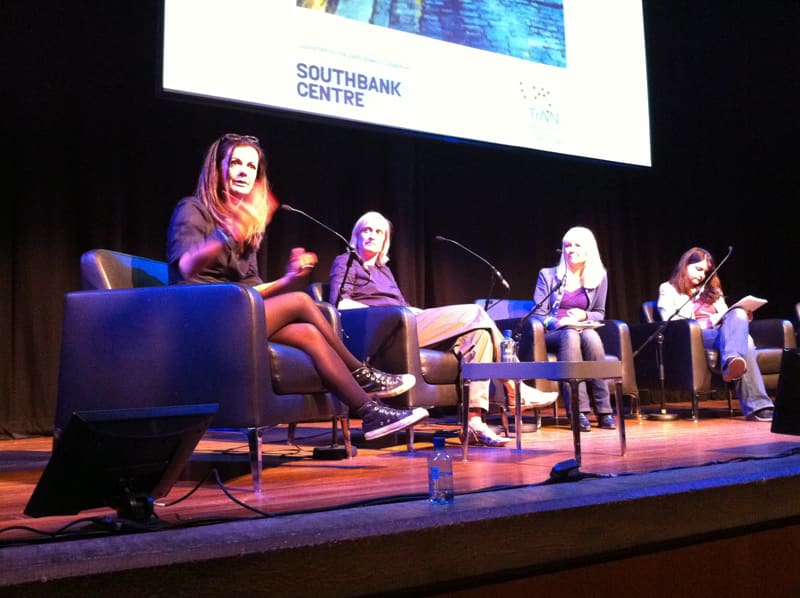 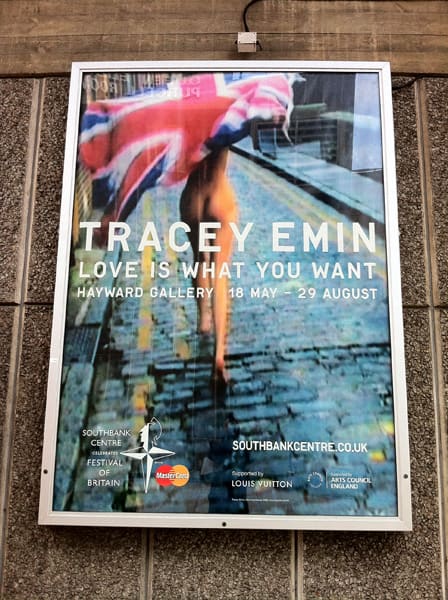 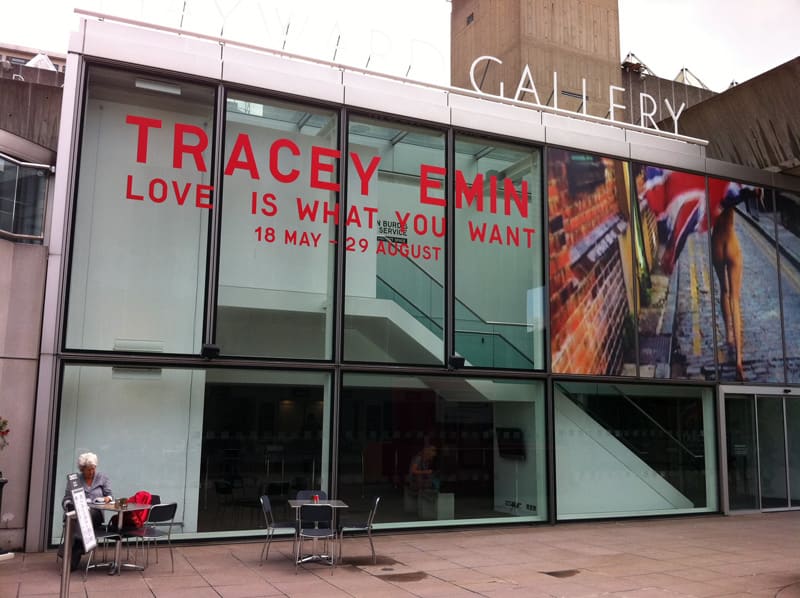