In 2013, Karen Guthrie and Nina Pope took part in a dig during a residency with the department of Archaeology at Cambridge University. Their experience led to Tomorrow, Today in 2014 – a scale model of the NW Cambridge development using the ancient technique of “cob” building. Guthrie and Pope gathered a team of volunteers and built their model village over 6 weeks. Read more about this and other residency blogs here.

We looked around the site as the sun faded on a late November day. A few patches of cob have begun to crumble in the frost but the majority seems otherwise unaffected by the weather. Walking around the site feels like discovering a lost civilisation in the desert, or on the moon. The area is littered with dead weeds, threatening to consume the site with reinforcements when Spring comes. These structures will be visible from above – leaving marks like crop circles or lost settlements. An ancient tribe of Cambridge pygmies set to challenge future archaeologists. 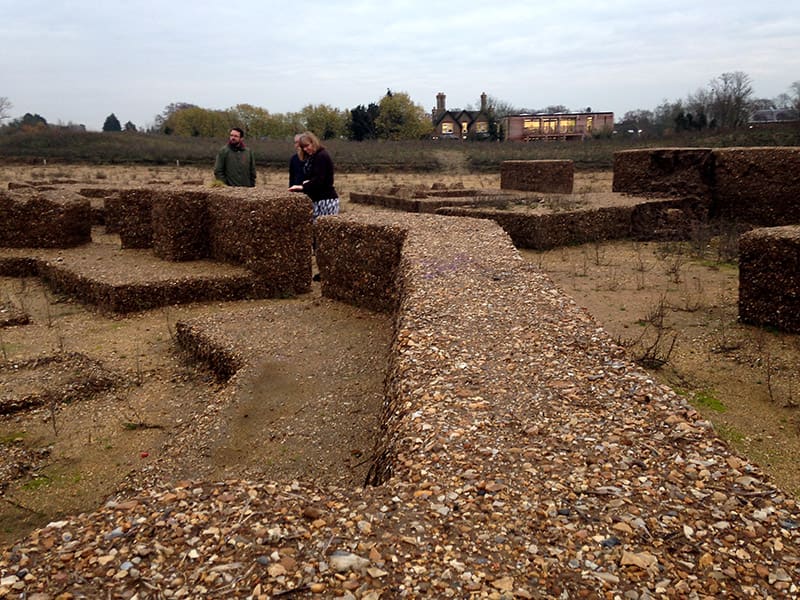 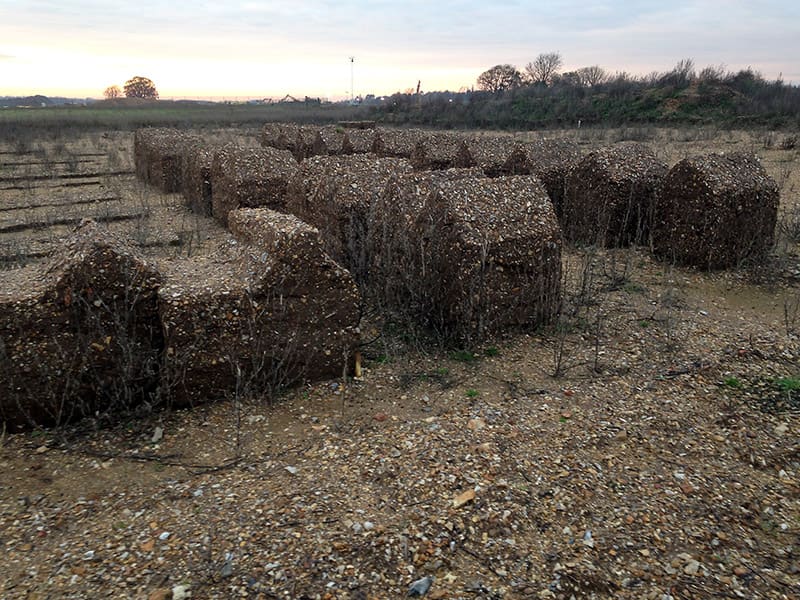 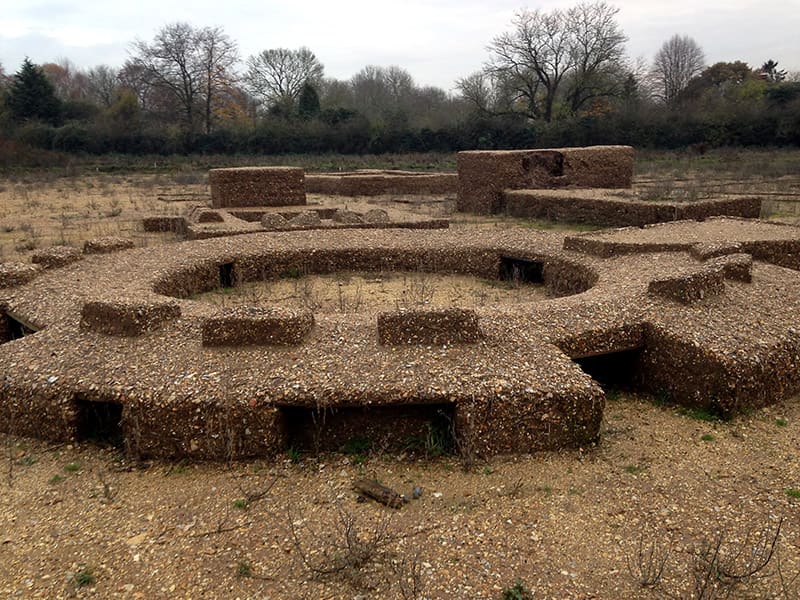 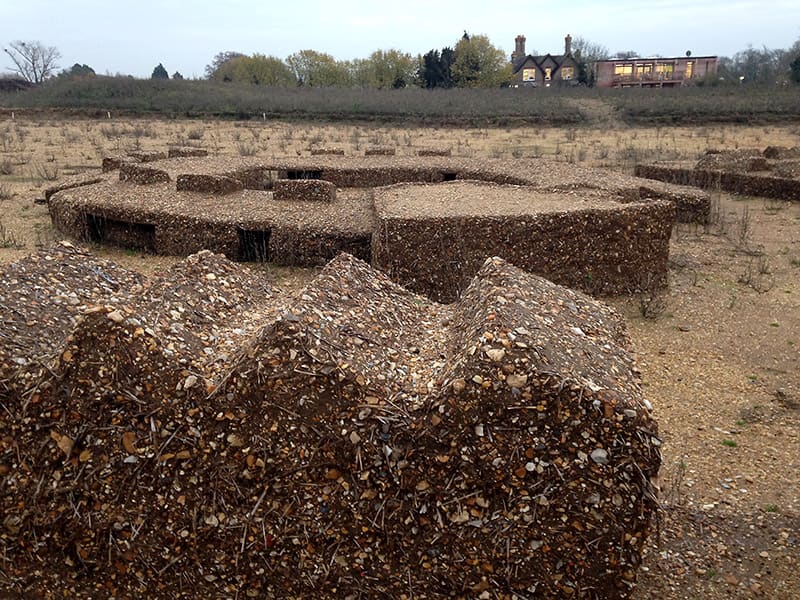 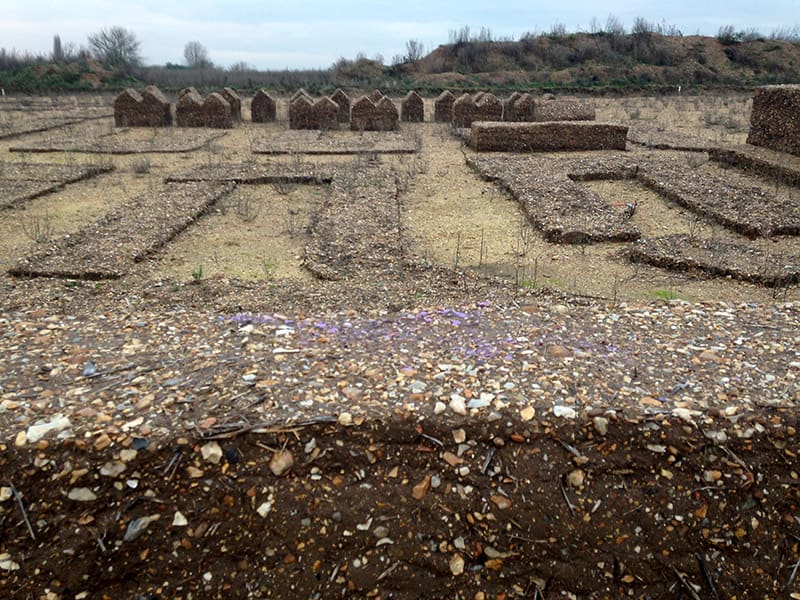 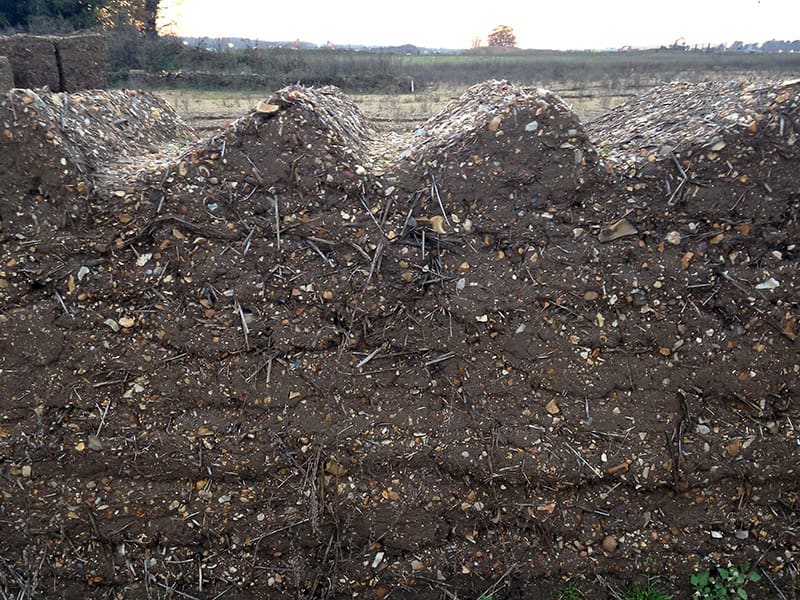 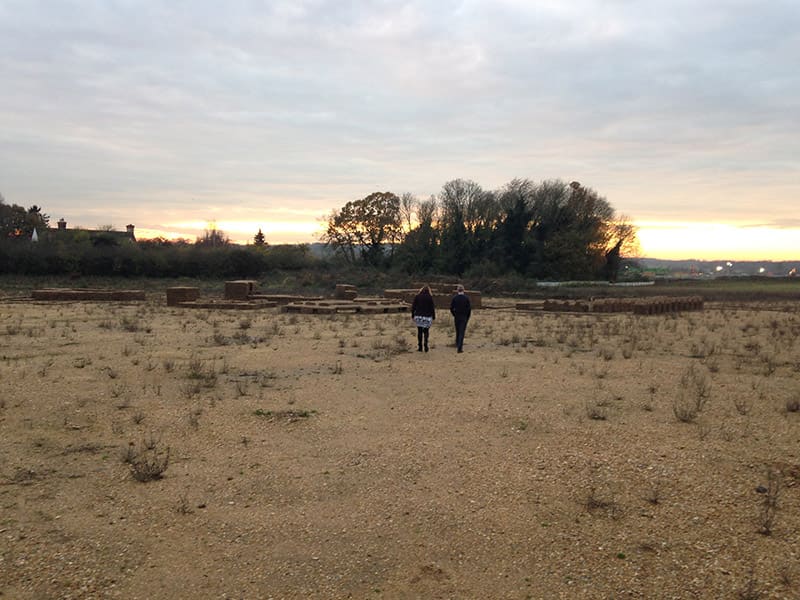 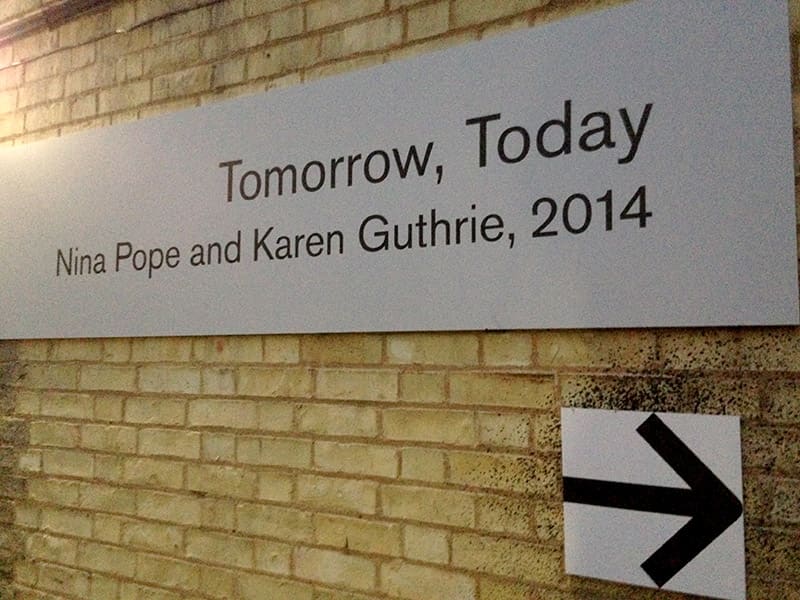