The Foundling Museum and Art on the Underground hosted evening discussion, with cultural historian and broadcaster David Heathcote, Matilda Pye of the V&A, historical consultant and author Dr Jacqueline Riding and the artist Mark Wallinger.

Heathcote gave a powerpoint presentation of public art works that variously succeed or fail to win popular approval, regularly find alternative uses, or are forgotten. Eg. the ignored pornographic carving above the doorway of Whittlesford Church. Richard Serra’s Fulcrum at Liverpool Street station which doubles as a smokers shelter and late night urinal, and whose Tilted Arc work was removed and destroyed following a legal campaign. Serra said “Art is not democratic. It is not for the people.” The space age underground electricity substation Farraday Memorial at Elephant & Castle roundabout, which few people realise is a memorial. And the Yuri Gagarin sculpture gifted by the Russian Space agency to The British Council on the 50th Anniversary of the first manned space flight. Gagarin was invited to visit Britain by the Foundry Worker’s Union in 1961 and was feted as a hero. His sculpture arrived in 2011, 50 years later, right sculpture wrong time. Wendy’s bottom has been rubbed smooth at the Peter Pan statue in Hyde Park. The Lady Diana pond is a popular paddling pool but it leaks and has cost over a £million to maintain since it was built. Today, public art often has to compete with a vibrant urban environment, eg. Eros in Piccadilly Circus. How is art to compete?

Mark Wallinger talked about the frustrations of dealing with the Olympic Park commissioning group and their pre-occupation with “legacy” – he claims that a legacy can’t be prescribed to art. It will either work, in some way, or it won’t. The popularity of an artwork can come and go as it moves in and out of fashion. Good public art is hard to commission. Historically, successful businessmen assuaged their guilt by commissioning public art works. Today, the government and bankers don’t feel sufficiently responsible to do the same. And where they do they often interfere with the project which leads to poor artworks. 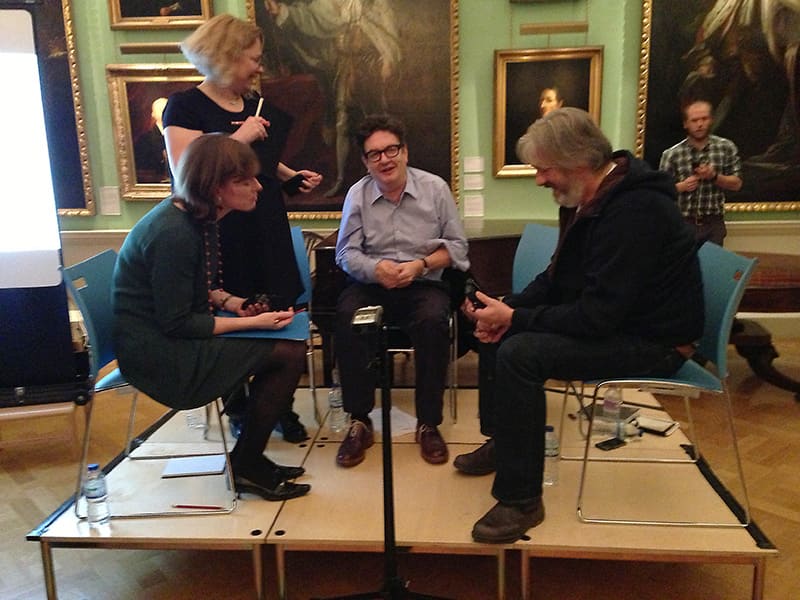 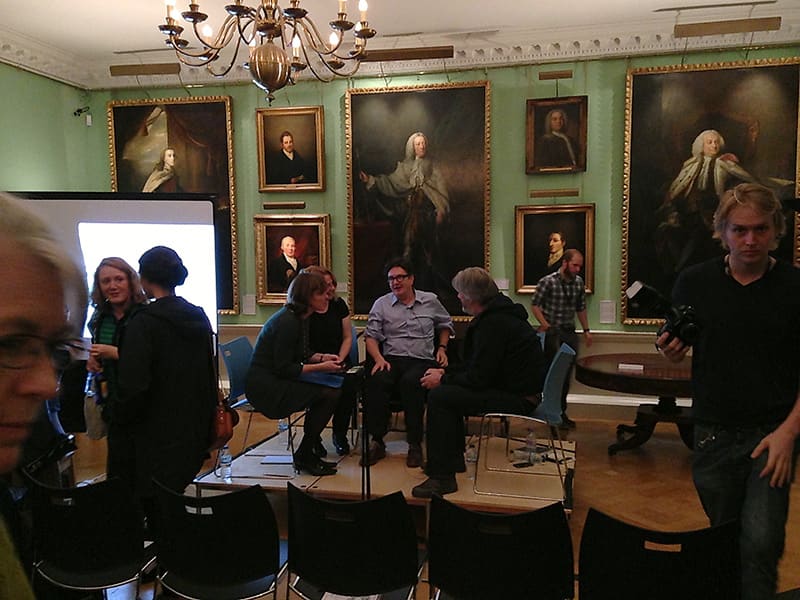