As part of the boys’ half-term culture fest we took a detour on our way back from the Tate to St Paul’s tube station and visited the anti-capitalist demonstration Tent City. To me, the DIY improvised styling of protest communication is particularly interesting. I’m not talking about the anti-capitalist issue itself [though broadly sympathetic… I have a tendency to flip-flop between ideological and pragmatic convictions]. I’m talking about the graphic languages that are common to “protest” in general. Hand-made signs and placards on scraps of cardboard and other found materials are graphically common across disparate groups and issues. The intent is to create anti-brand rule-breaking authenticity but which very obviously follows a clear set of creative rules, while allowing for a variety of graphic interpretations.

The examples below use hand-drawn type, cut&paste newspaper elements, collage and subverted imagery associated with the establishment. The system reveling in low-quality production values. The rougher the better. But always with some new aspects that move a healthy visual system forward, evolving steadily over time. In this case the Guy Fawkes mask provides a powerful badge that offers the anti-capitalist movement a distinct voice (although it has already been appropriated by other movements) and the Occupied Times with distinctive typography by Jonathan Barnbrook. 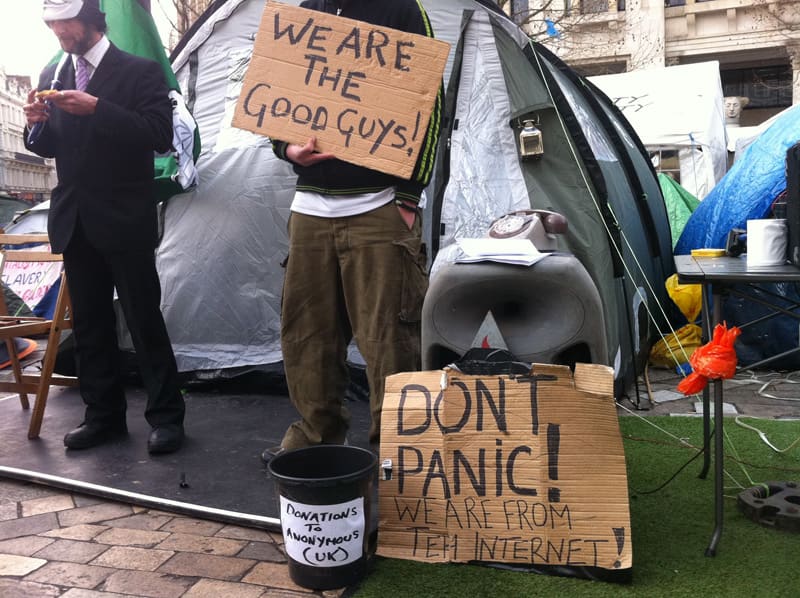 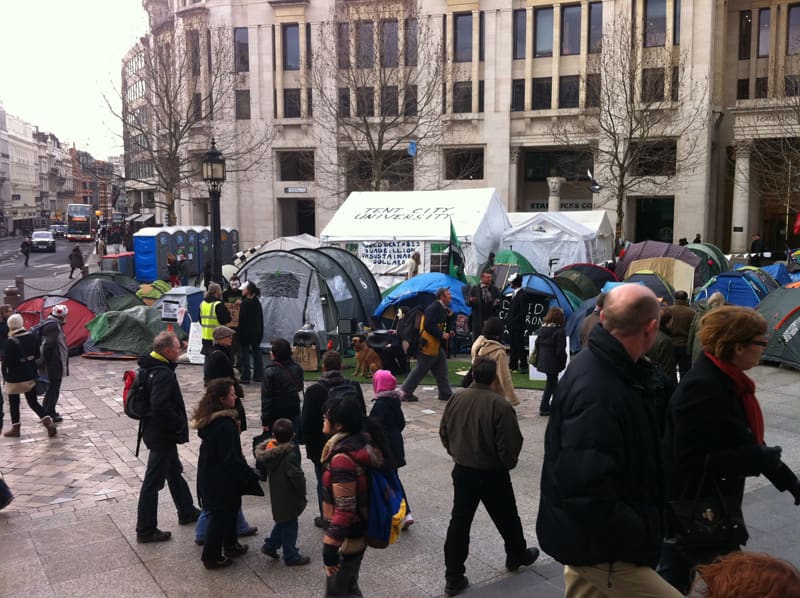 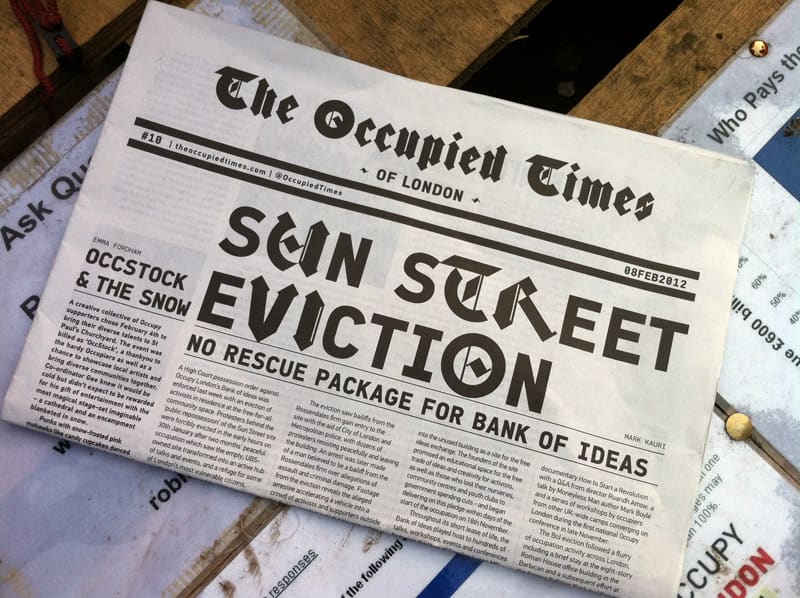 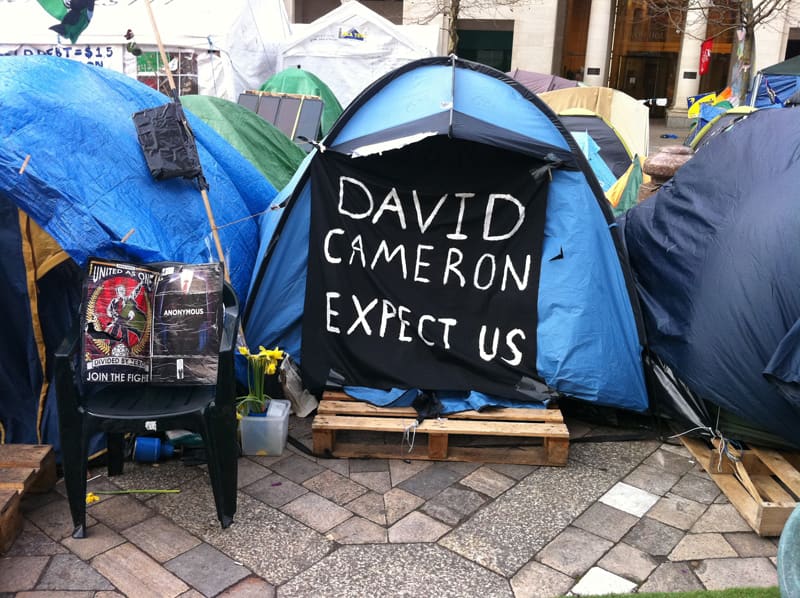 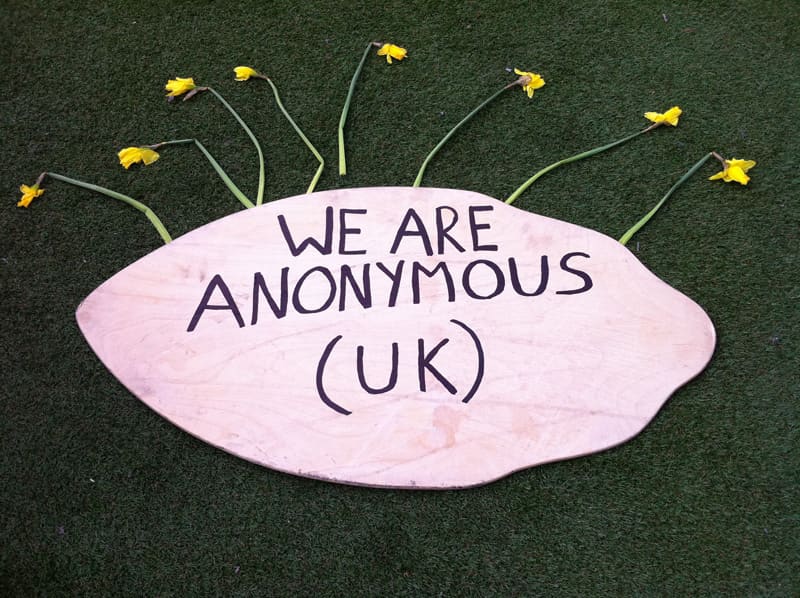 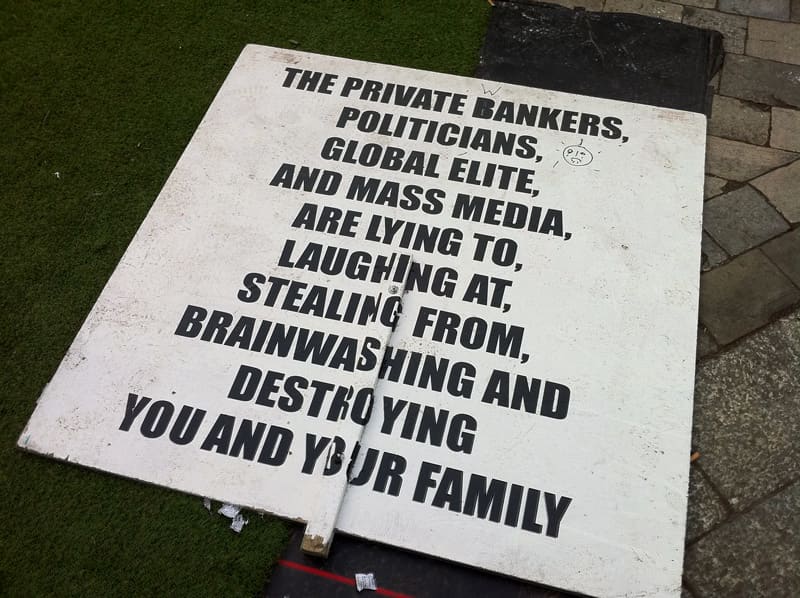 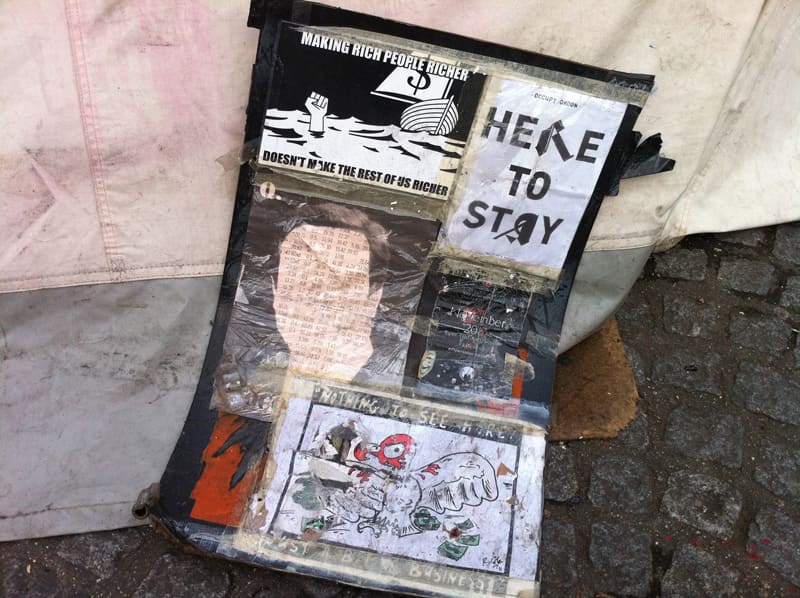 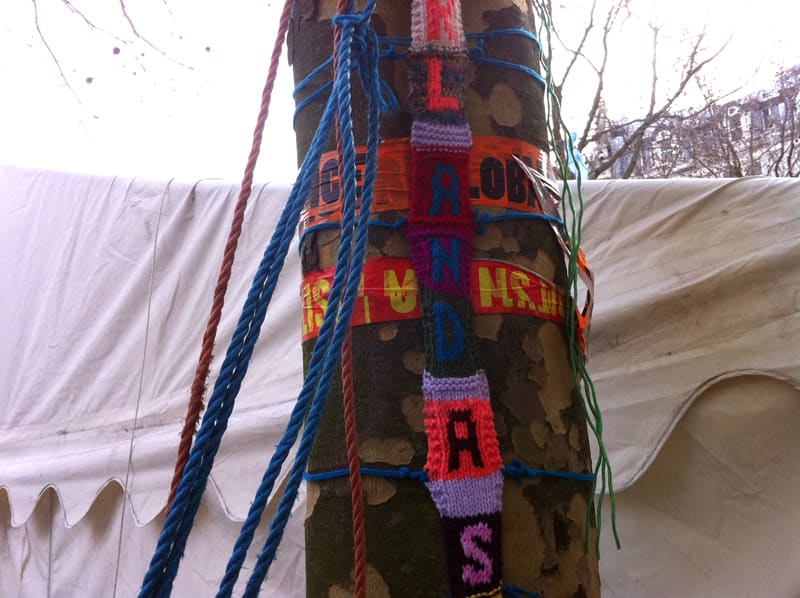 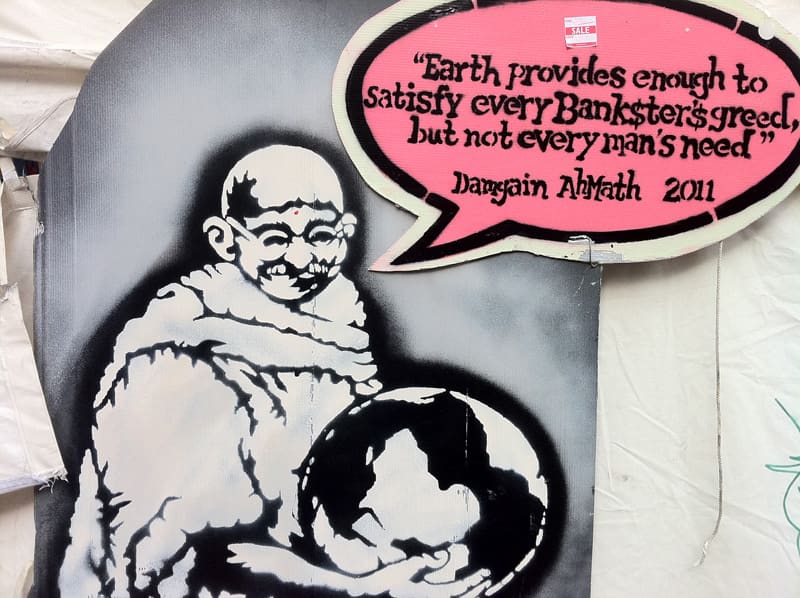 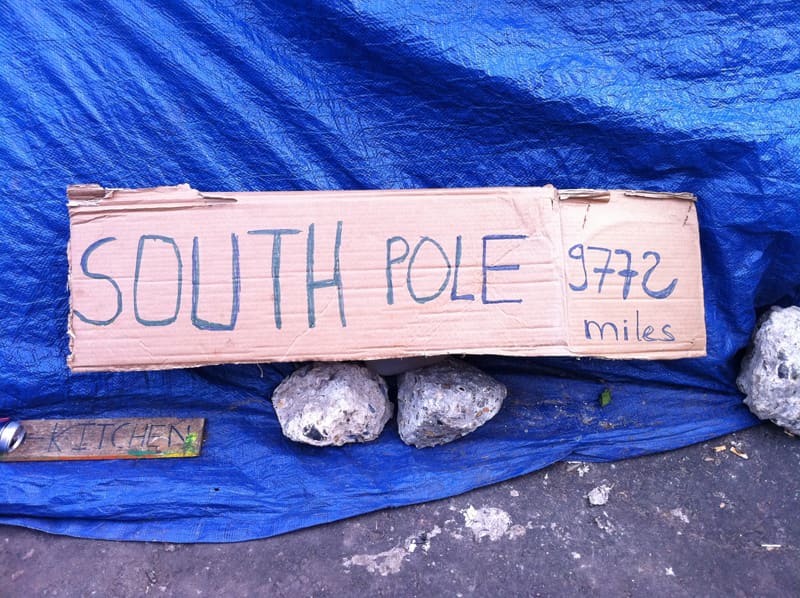 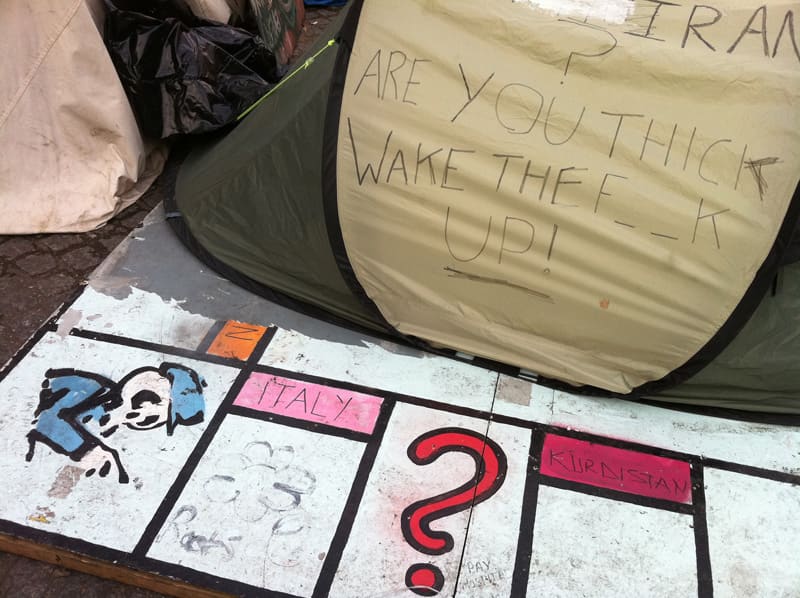 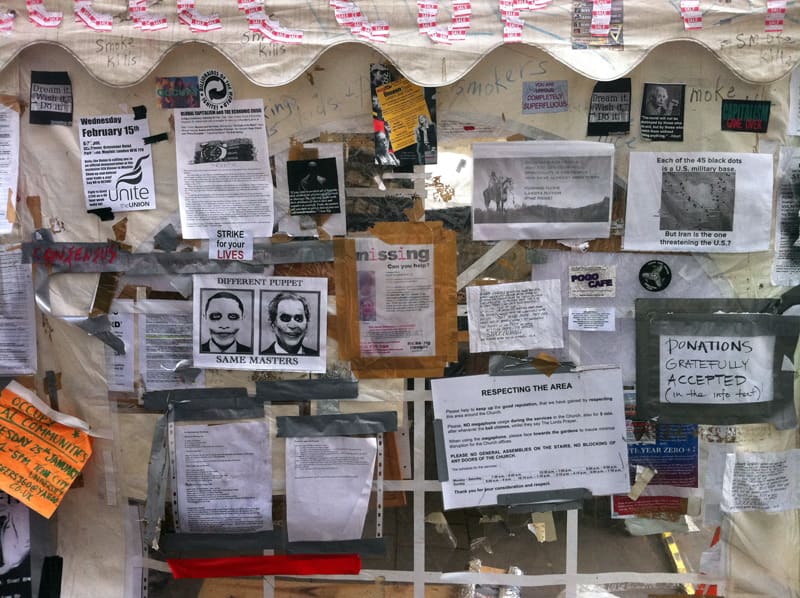 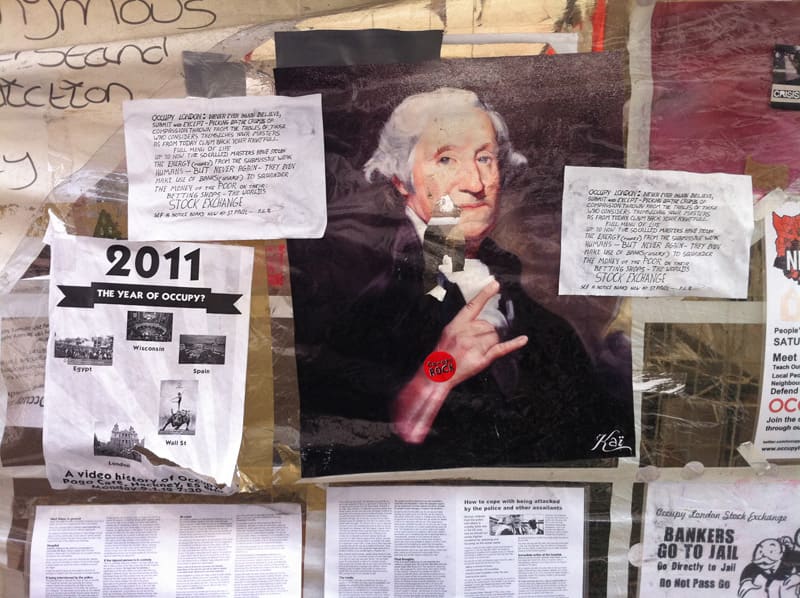 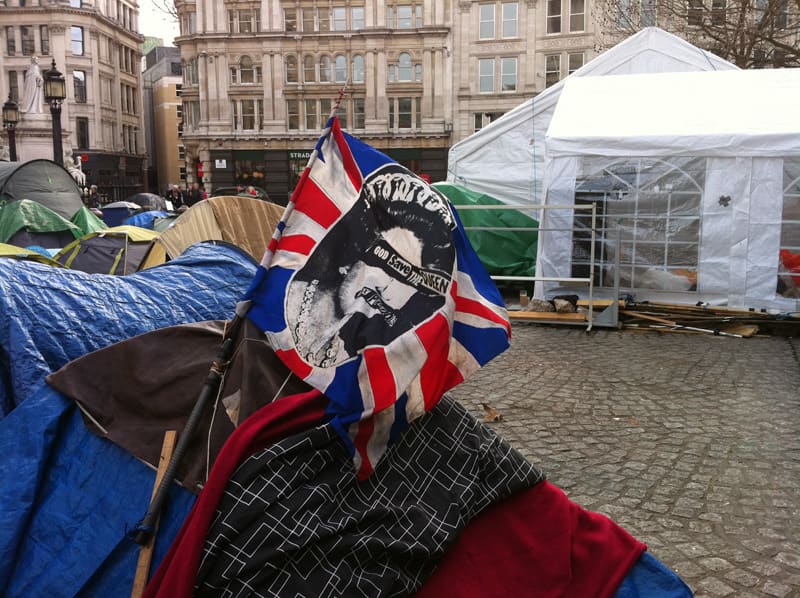