On Monday the 7th of July, stage 3 of the Tour de France travelled very briefly through my home town on its journey from Cambridge to London. Anticipation has been building for months. The ultimate middle-class sporting event, visiting picturesque Essex villages and countryside in a regional tourism PR manager’s dream.

As with the Olympic torch relay which also visited the town in 2012, the motivation/compulsion to view the event hangs on brand association. The majority of spectators were not keen cyclists, or Tour fans. They were, however, keen to associate themselves with the values of an international sporting event in exactly the same way that they demonstrate other brand allegiances – their choice of supermarket, where they spend their holiday, the car they drive, the brands they wear, the beer or wine they drink. Certainly the Tour’s arrival in Essex has provided the “where were you when…” dinner party conversation topic of the season.

We fully exploited the event with a range of commemorative cups, tea-towels, bags, T-shirts and prints. We sold them from a stall outside our house on the day and through a friend’s shop in town. In the weeks running up to the Tour, the shop and our products featured in national and local media, newspapers, radio and television. In short, we milked it and we expected many others to do the same but they didn’t and we were surprised. A projected 20,000 potential customers visiting a small market town – opportunities like this are few and far between so why didn’t local businesses take advantage? There was a clear market, more an open-goal. Literally, Christmas come early.

I kept an eye on the build-up of the tour and soon noticed the contrasting attitude between Essex and Yorkshire, indicating a working-class vs middle-class celebration of the Tour. Possibly.

The North was very happy to exploit the fundamentally commercial event for commercial gain. Possibly because the bid to bring the Tour to the UK was a Yorkshire enterprise funded by Yorkshire tax-payers. But it also indicates a North/South (at least Yorks/Essex) divide in the attitude to money and work.

In very general terms, the Northern attitude to the Tour was much more inventive and opportunistic than in the South. A difference well illustrated by the differing approaches to the painted yellow bikes along the route. In the South, bikes were simply propped up against garden gates or hung in shop windows. But in the North, the yellow bike meme was often modified, extended and otherwise subverted to support a sub-context, e.g. this inspired SpecSavers placement, canal pedalo and the extension of the yellow bike idea into a field of yellow sheep.

While both regions were genuinely excited, the North excelled in humour and innovation. In the North, the “bike” is an icon of working-class history. The bike does not have the same cultural weight in the South where it has become a middle-class status symbol, the value of which is partly determined by the brand, partly by the sophistication of its design and construction, partly by the price tag. The bike’s social currency is further lifted by the surrounding weekend velo culture, the choice of riding companions and the opportunity for self-promotion. Effectively a golf club on wheels.

I followed the build-up on social media, so not an exhaustive scientific survey, more personal observation and reports from friends who followed the tour, some Northerners and some Southerners. Yorkshire cafés, pubs, homes and livestock were painted in yellow and polka-dot. Sheffield Hallam University commissioned a fleet of shocking pink Land Rovers for their Tour Maker volunteers. Yellow bikes and tour installations adorned the route months in advance as businesses and entrepreneurs used the tour campaign to sell their products and services in the run up to the event.

Cambridge was on the ball early with street banners, start line painted on the road, promotion events, plus a Grande Départ fair on Parker’s Piece common on the day.

But in Essex it was last minute. Saffron Walden received smooth pot-hole free stretches of tarmac, a new bus shelter and a couple of welcome banners. Most of the shops that created tour window displays did so the week, if not the day, before… thereby missing a rare opportunity to promote themselves. The long-term build up and early awareness of the event was driven by a handful of local businesses.

This attitude was reflected by spectators. Essex turned out in numbers but were reserved in comparison to the Yorkshire stages. A Twitter heat map illustrates the difference, as did the quality of invention along the route – painted sheep, painted houses, painted people. The humour was very different, as noted by numerous commentators including this BuzzFeed blog.

The most interesting aspects of the Tour is that it was effectively curated by two different committees. Much of the Tour’s feel and surrounding culture comes from the communities it travels through. The tour in Yorkshire looked and felt very different from the Tour In Essex. 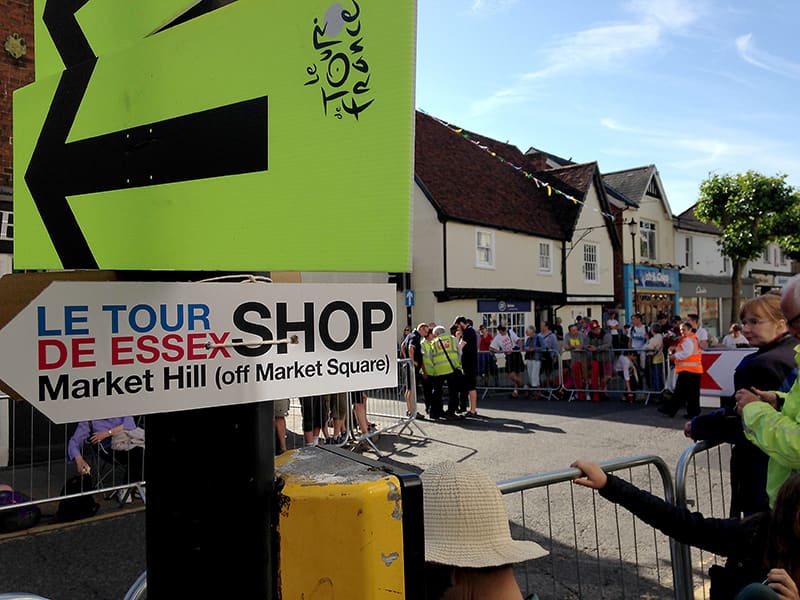 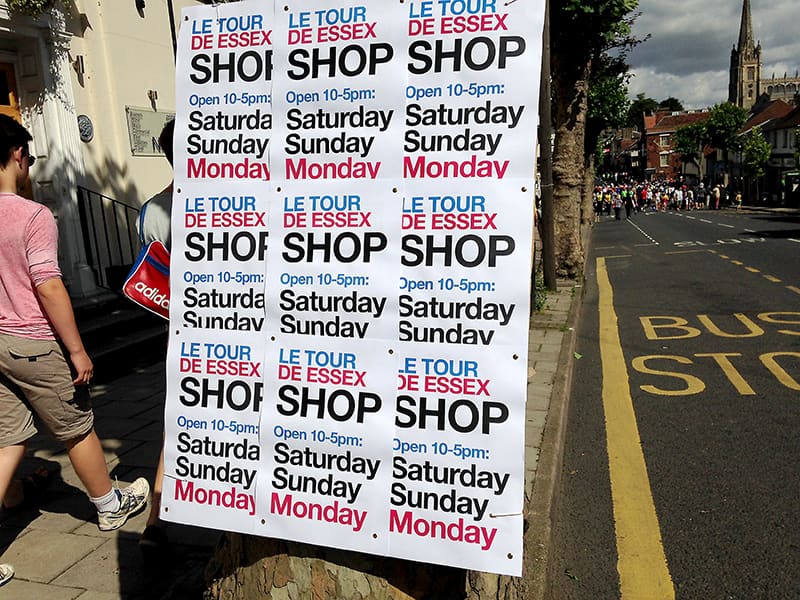 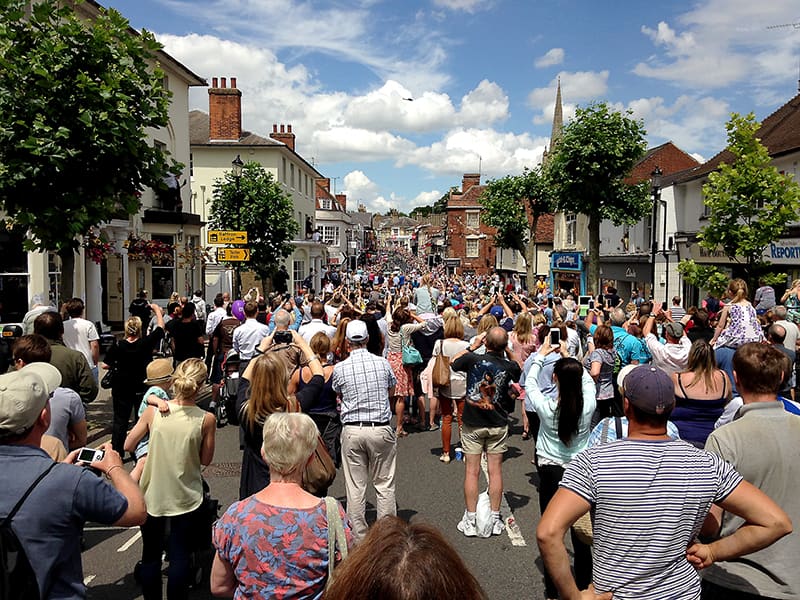 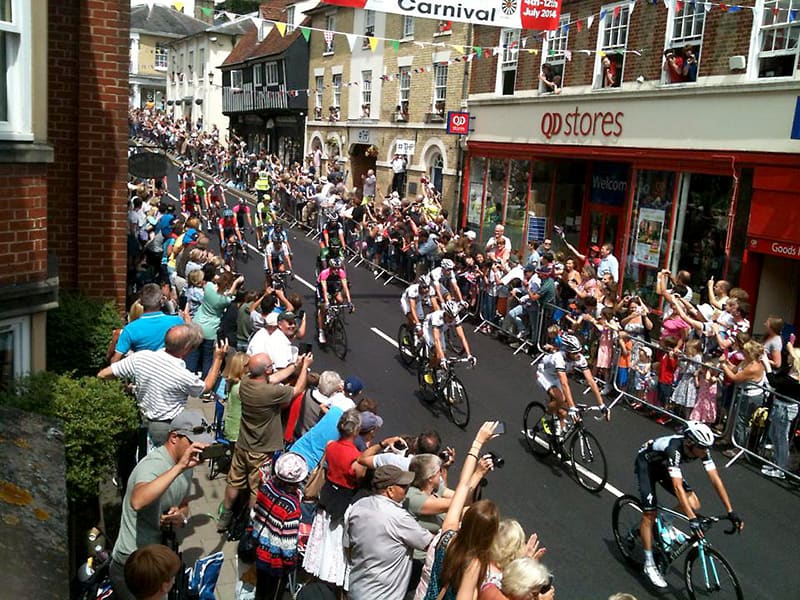 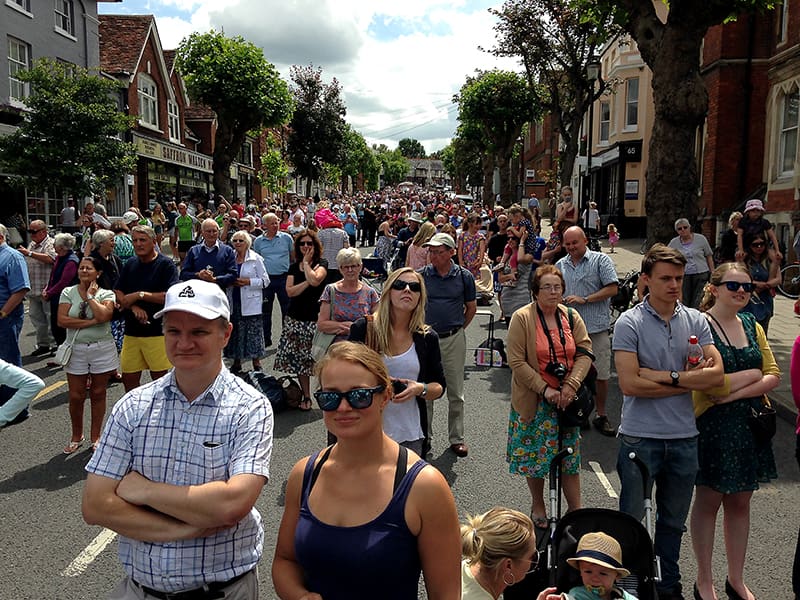 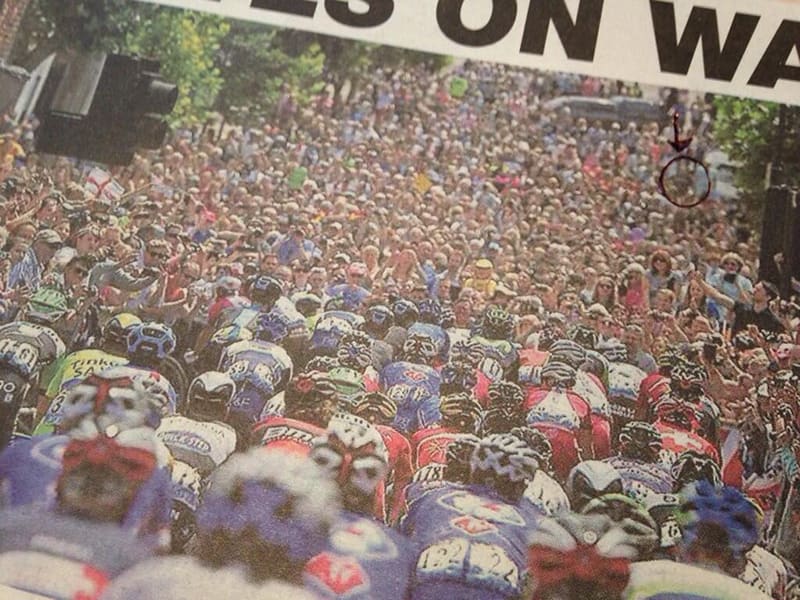 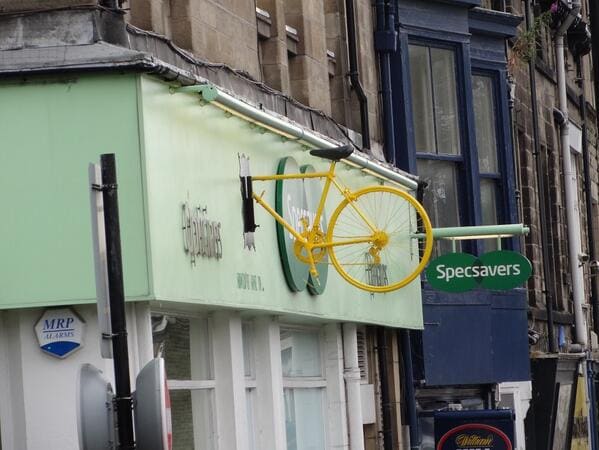 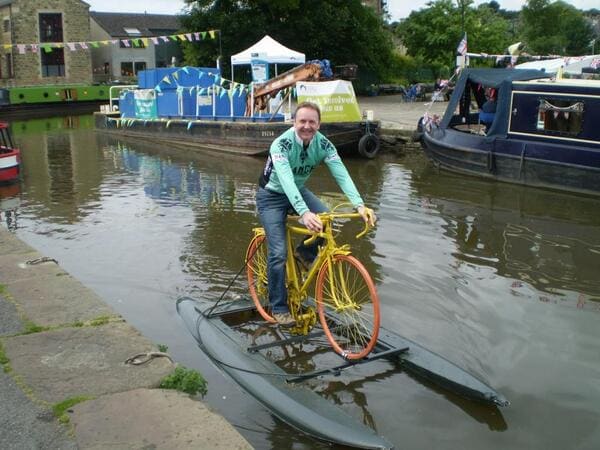 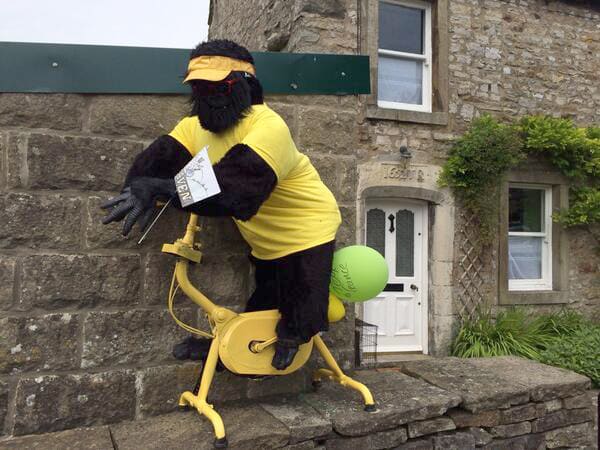 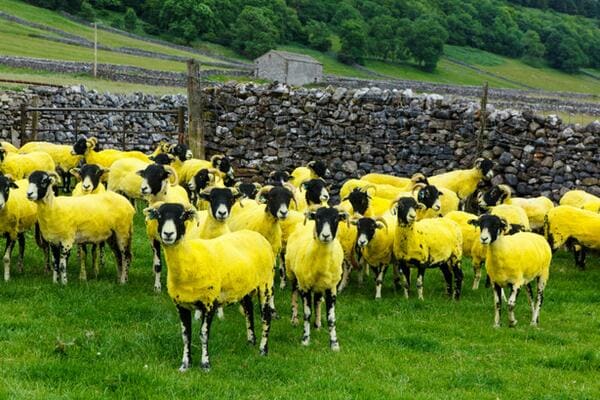 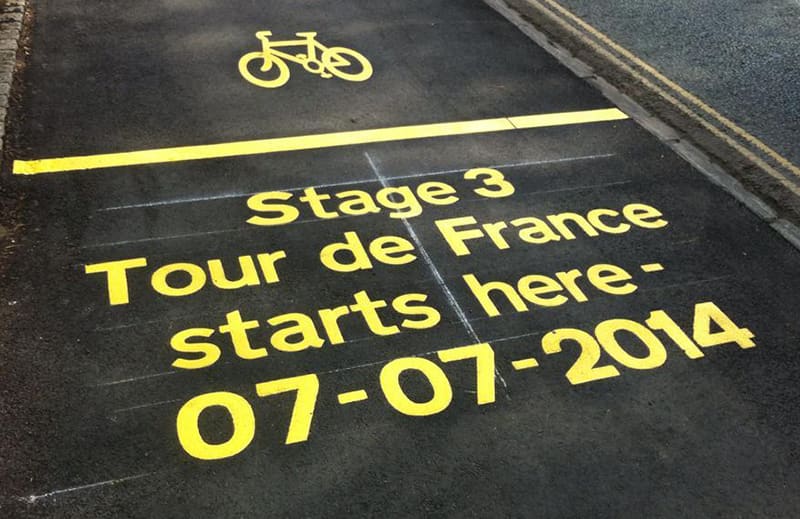 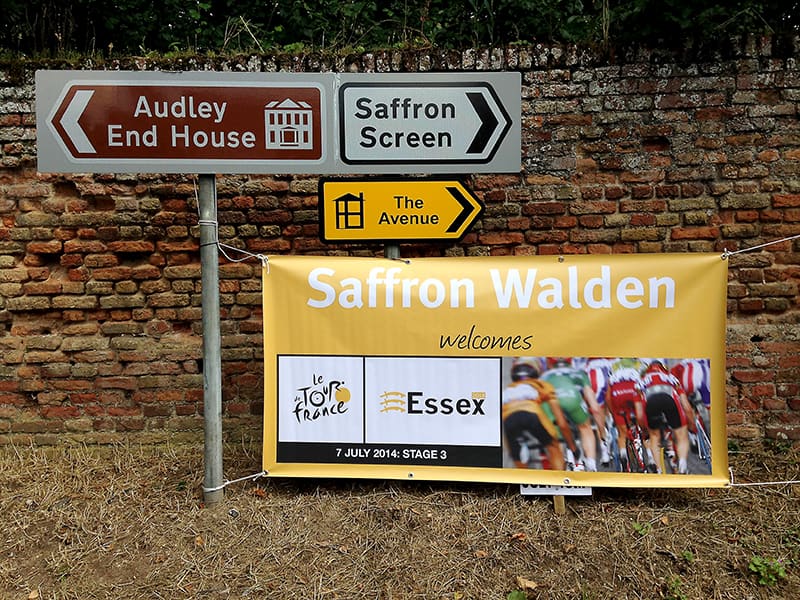 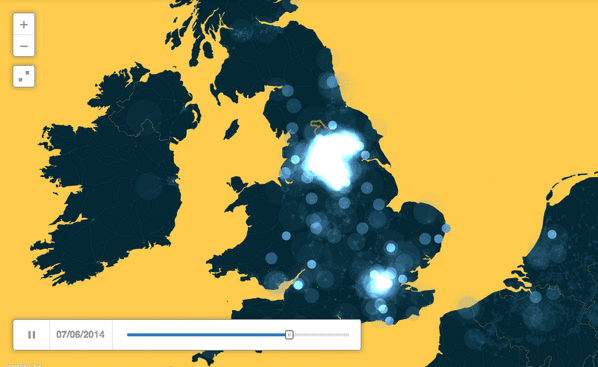 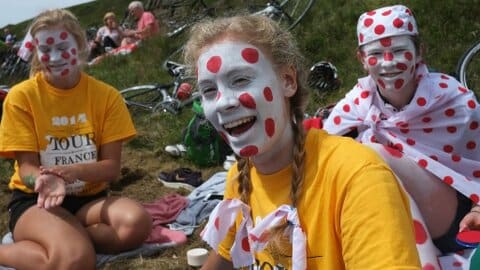 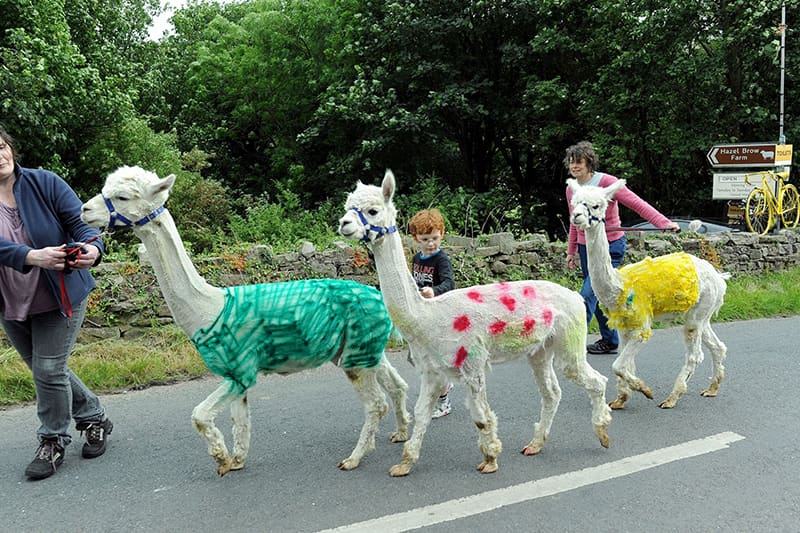 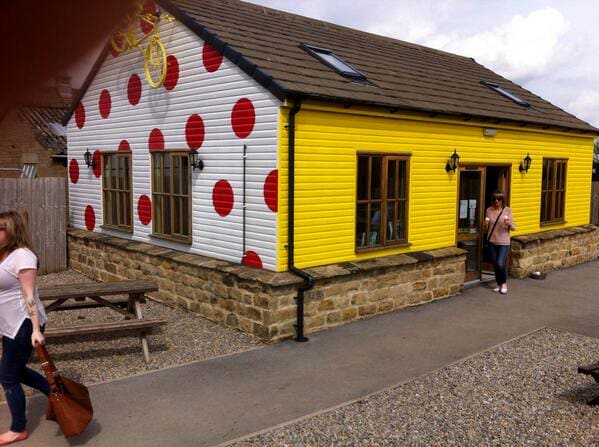 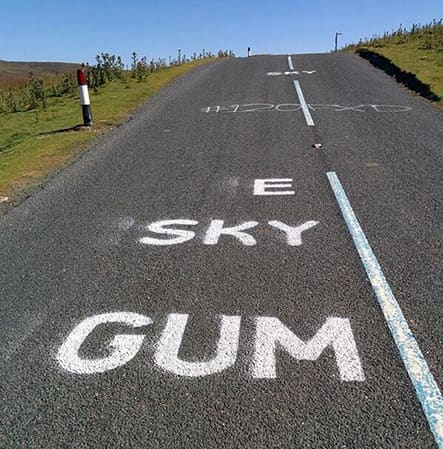 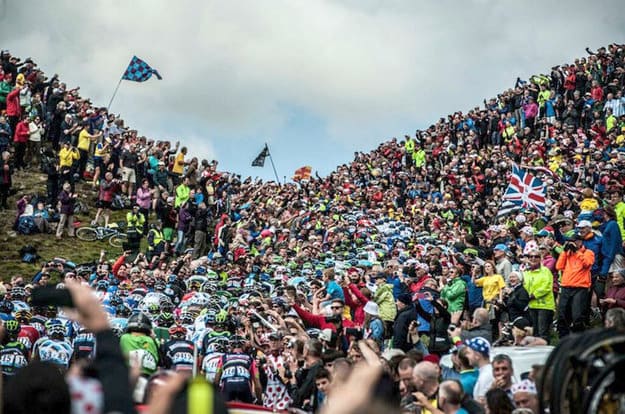 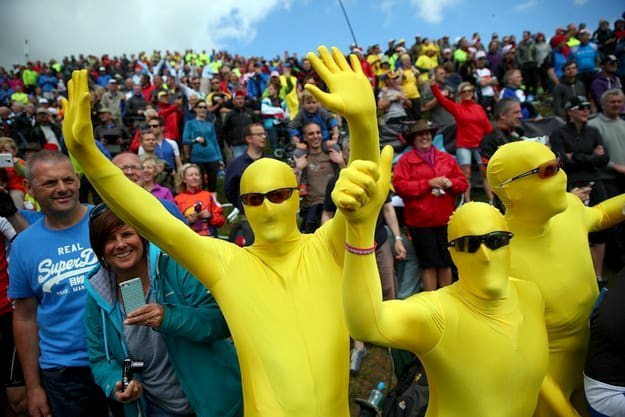