Stuart Pearson Wright creates figurative paintings rich in detail, atmosphere, narrative and sub-text. While studying at the Slade, he won a travel award from the National Portrait Gallery. Wright elected to drive around Britain, making sketches and paintings as he moved from town to town. The resulting exhibition “From Eastbourne to Edinburgh: A Painter’s Odyssey” was shown at the NPG.

Brian Sewell described Wright’s paintings as “images of such eccentricity and even madness that they fit perfectly the English tradition of the odd man out: the Blake, Spencer, Cecil Collins line, and the largest of them should at once have been bought by the Tate”. The Evening Standard called him “A Hogarth for our Times”.

Wright painted a portrait of John Hurt following a chance meeting on Old Compton Street. Other celebrity subjects include the Duke of Edinburgh, bare chested with a blue bottle on his shoulder (it was rejected by the RSA who commissioned a portrait to commemorate the 50th anniversary of Prince Philip as their president). Diane Abbott – commissioned by House of Commons Art Committee. Abbott was uncompromisingly specific about how she wanted to appear. Wright later said ‘I think it’s actually a terrible painting. It’s one of the worst paintings I’ve ever made.’ Similarly, film director Mike Leigh invited Wright to paint him (for free) and submit the work to the National Portrait Gallery. Leigh later took offence when the work was submitted and accepted without his seeing and approving the final result – Wright believes Leigh saw himself as the director of the project, rather than the subject. The process was more successful with the author JK Rowling, who Wright rendered in the form of a three dimensional regency toy theatre with floating panels and a backlit window. Wright’s work has since developed to encompass film, including MAZE a project with Kiera Knightley, and an album of country and western classics.

Wright’s work is created from a removed perspective, he is an observer even when he is the subject, on the outside looking into the scene. He empathises with the viewer and puts himself in their place. Wright was conceived through artificial insemination with sperm from an anonymous donor, consequently he has never met and knows nothing about his father despite concerted attempts to find out about him. He experienced a complicated upbringing of step-fathers and an extended family of half-brothers and sisters. The chance discovery of a box of childhood photographs has provoked further examination of his early years – the resulting Heong Gallery exhibition “Halfboy” presents key moments from his upbringing – meeting new siblings and step-fathers; a new home; favourite toys (teddybear, Action Man, Boba Fett figure); walking home with a bleeding head after a playground accident; feeling nauseous while travelling in a yellow Ford Cortina, being given a Kit-Kat at a service station before being sick on the stairs at Debenhams. 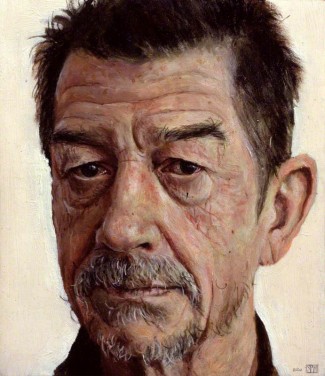 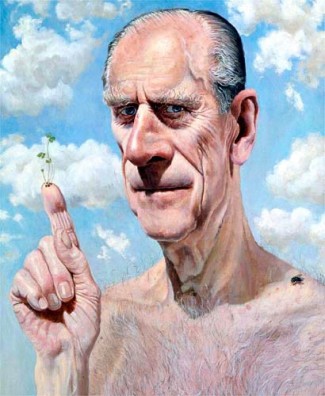 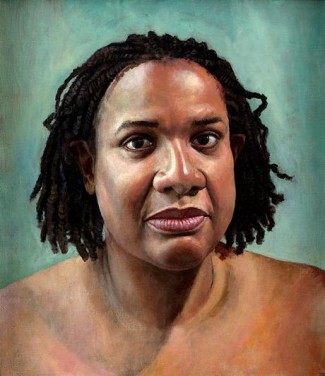 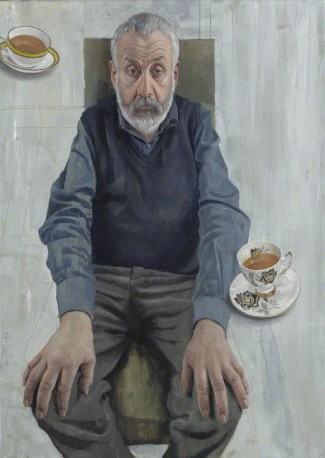 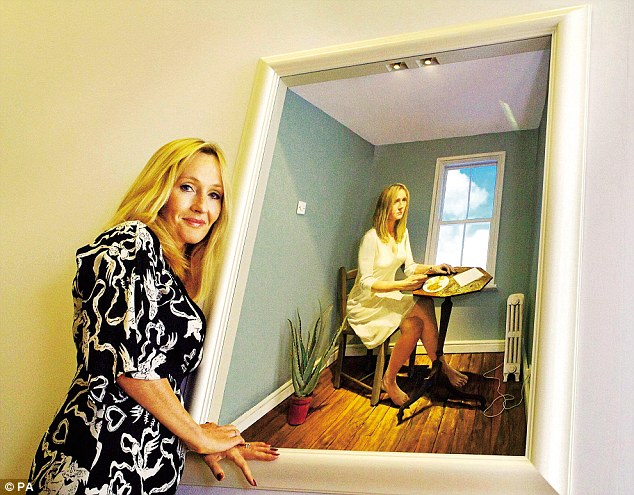 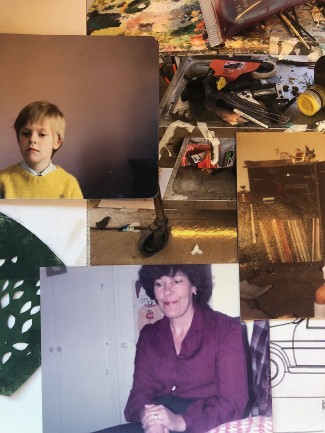 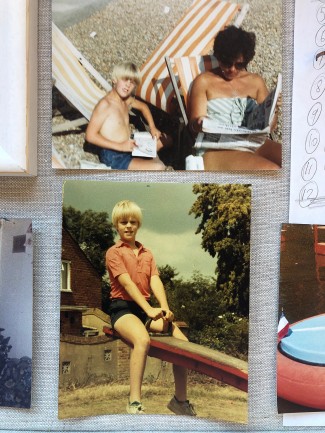 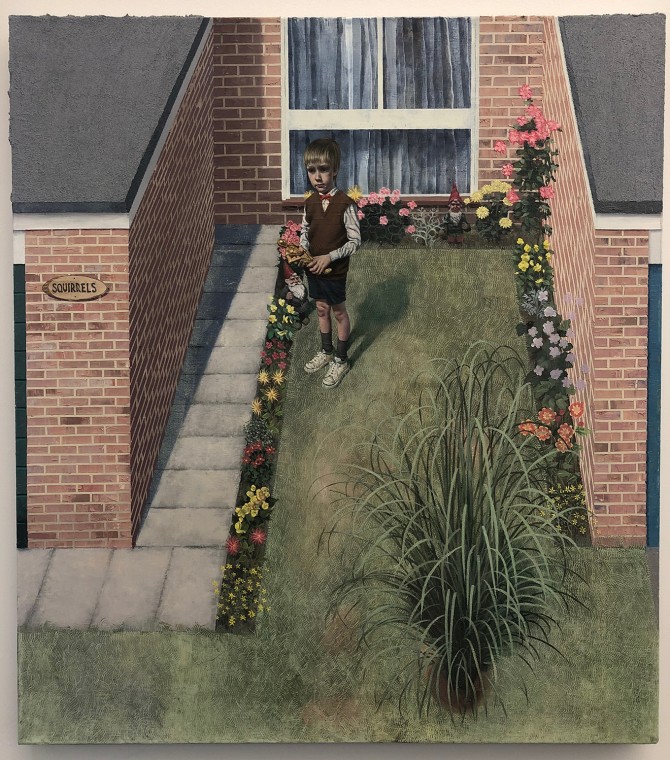 The Loneliest Boy in the Whole Fucking World, 2017 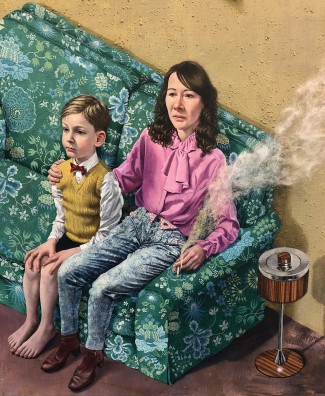 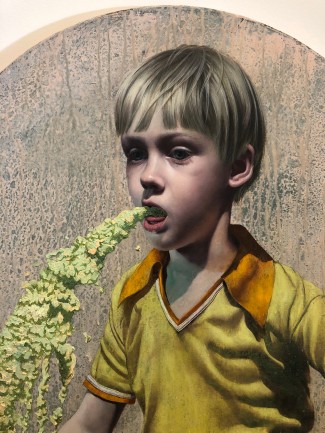 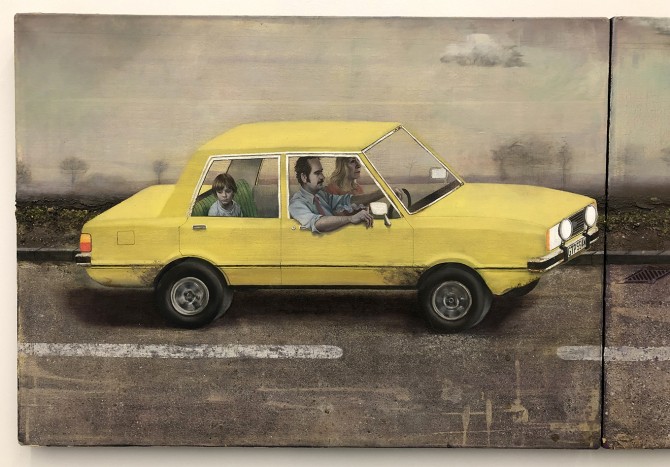 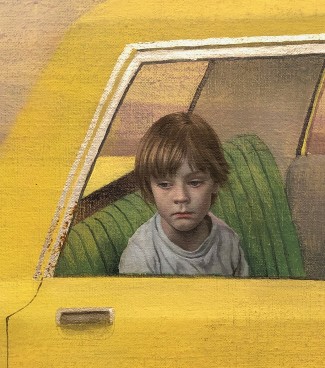 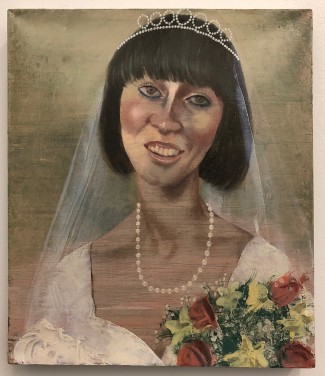 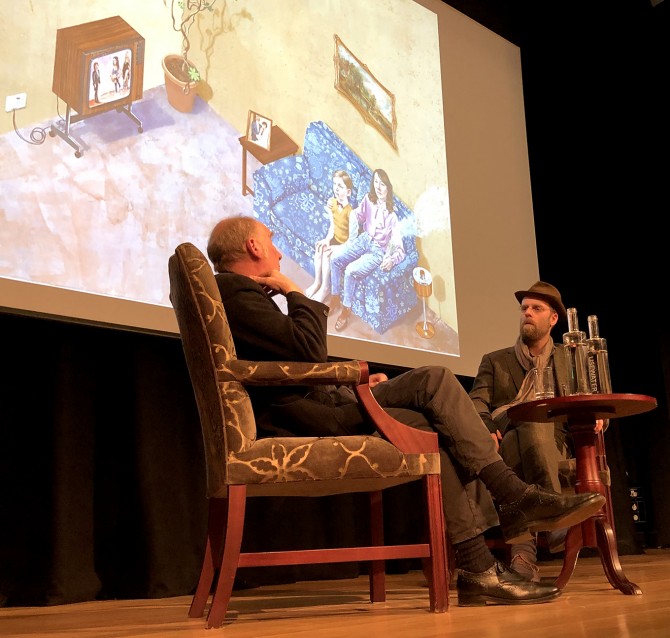 Jock McFadyen joined Stuart Pearson Wright for a discussion at Downing College’s Howard Theatre last night. McFadyen and Wright occupied next-door studios in London before Wright moved to Suffolk. They discussed the ‘disability’ of being a talented draftsman in the contemporary art market and the stigma of being categorised as a ‘portrait artist’. Parallels between Wright’s work and that of other artists, how Wright sees his own work and how others perceive it. Wright compared navigating the art world to playing a board game without a copy of the rules. A film of the discussion will shortly be available on the Heong Gallery’s You Tube channel.

Wright’s work has been compared to Stanley Spencer, Lucian Freud, Maggi Hambling and Paula Rego. He acknowledges the influence of early Freud also John Minton and the Flemish Old Masters. His style is redolent of the representational figurative approach popular with artists and illustrators of the 1970s and 80s. A style which appeared on book covers, postage stamps, magazine editorial and film posters – the approach lends Wright’s paintings the aesthetic of the time. The period saw celebrated retrospectives by figurative artists including Freud and Hockney with the associated publications finding their way into secondary modern art classrooms. 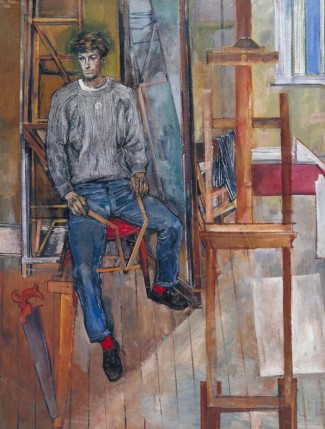 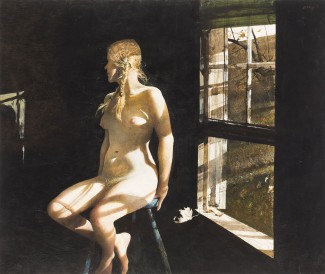 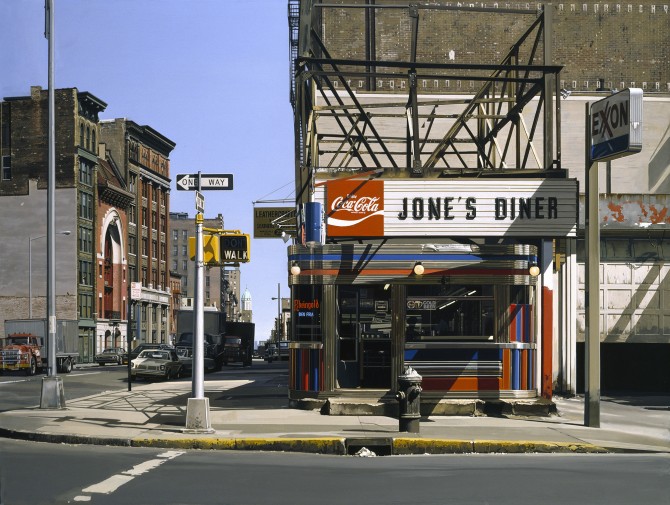 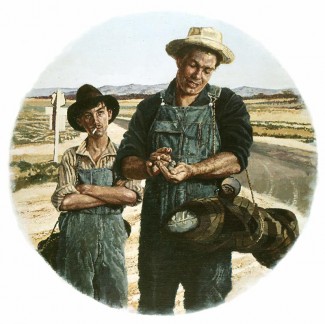 Of Mice and Men - Brian Sanders 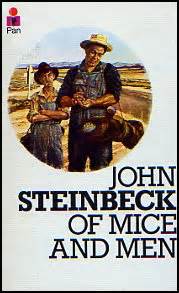 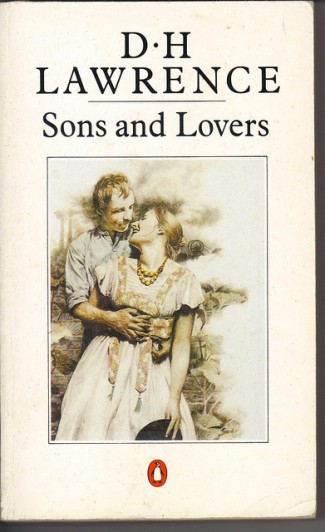 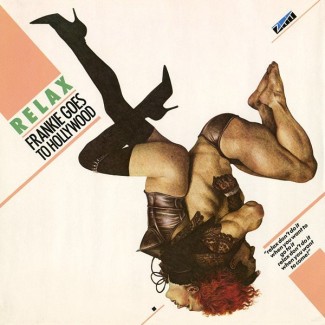 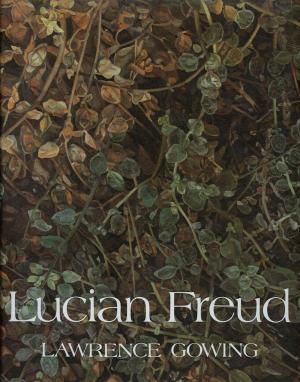 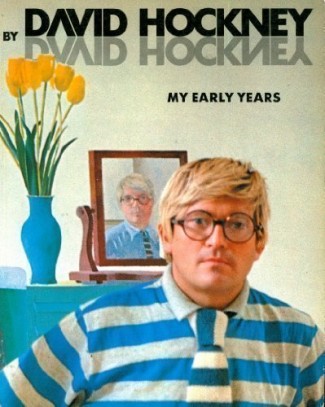