Straight to Tate Britain for the Mark Wallinger’s State Britain exhibit. Back to Oxford Street and wondered round Soho. Rough Trade (records), then the Photographer’s Gallery for the Deutsche Borse Prize. Shortlist of four, the best was Walid Raad, a project called “The Atlas Group. It’s a collection of graphic images, collages, notes, films and photos documenting the recent history of the Lebanon. I liked the way he treated what must be a nightmare existence in a matter of fact way. Like it was a completely normal thing to collect bullets and bits of bombs, or to catalogue where bullets have landed in a trainspotter kind of way. It wasn’t depressing at all. Afterwards I walked to Covent Garden, Holborn, Russel Sq and King’s Cross. Lots of Troops Out stickers. Stickers have replaced the billstuck posters of 10 years ago. There are hardly any poster sites in central London now, even in the shitier areas. 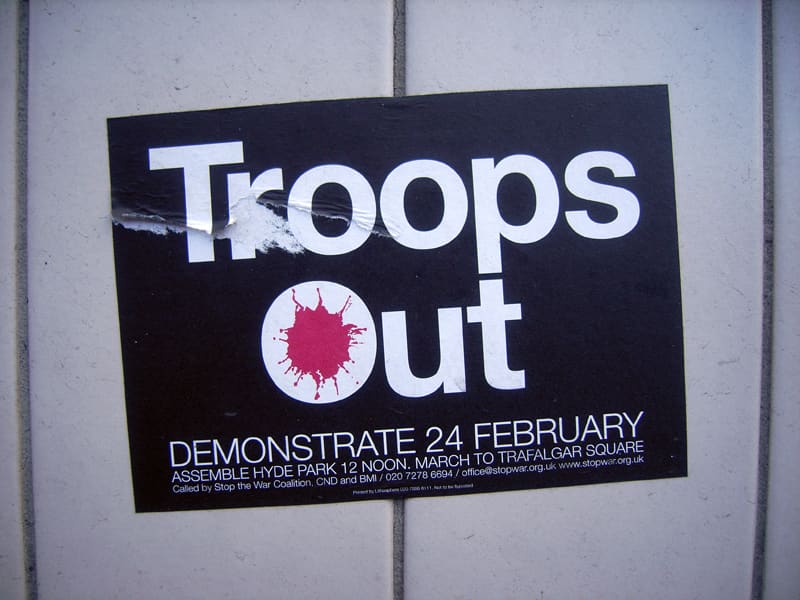