Last night I watched the South Bank Show on Mark Wallinger’s new installation at Tate Britain. It’s a faithful re-creation of Brian Haw’s anti-war demonstration site that was in Parliament Square from 2001 until May 2006 when the ‘Serious Organised Crime and Police Act’ was passed, prohibiting unauthorised demonstrations within a one kilometre radius of Parliament Square. As a result the majority of Haw’s protest was removed. The site comprised various hand-painted placards, signs and banners, a makeshift tarpaulin shelter and teddy bears in peace-slogan t-shirts. All these elemets have been painstakingly sourced for the display. 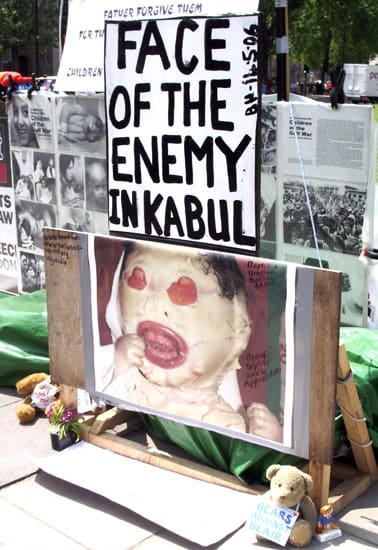