Evening performance by Andy Holden, held in the mezzanine extension of the house at Kettle’s Yard:
“The culmination of series of pieces investigating the relationship between sculptural objects and duration, Six Short Works in Time incorporates projected film, a live camera feed, spoken word, and a string quartet performing music by Johnny Parry and The Grubby Mitts. It will feature the premier of the Quartet for Thingly Time, composed especially for the exhibition in collaboration with Roger Illingworth, a recording of which can be found playing in the courtyard throughout the exhibition.
The performance will be preceded by the launch of the first issue of the journal Teufelink: The Impossibility of Crows, edited by Richard Hore, which will include notes on the evenings performance and texts expanding on the theme of Thingly Time.” 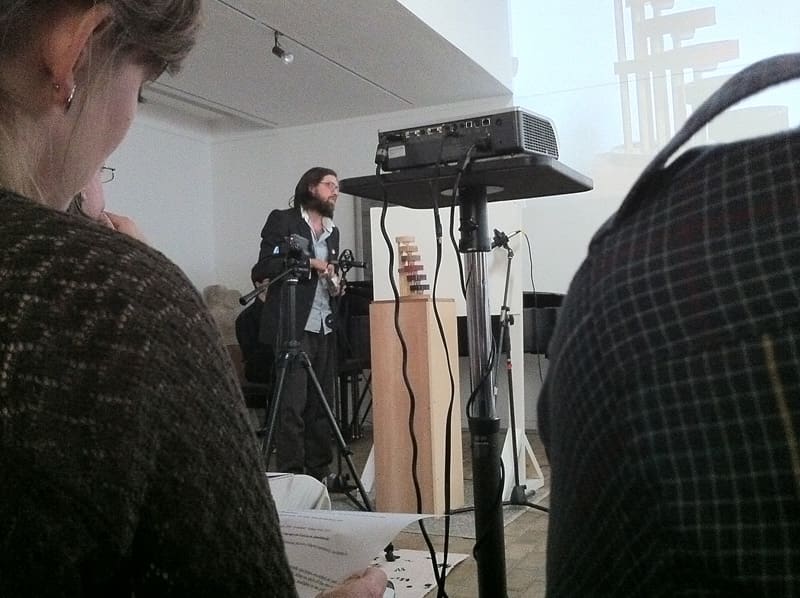 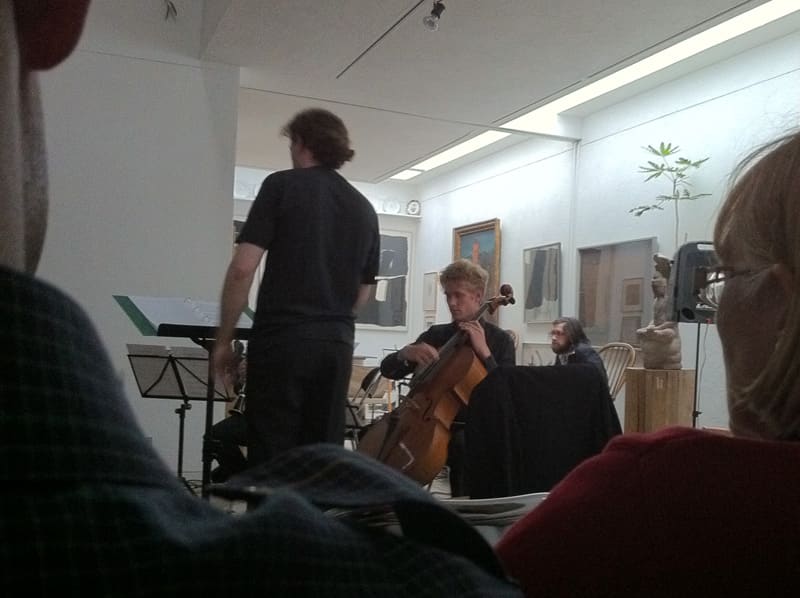 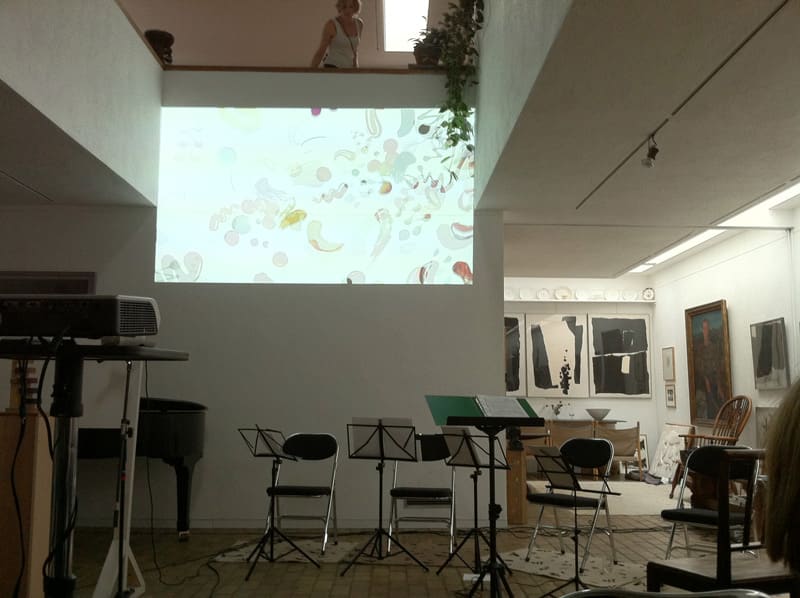 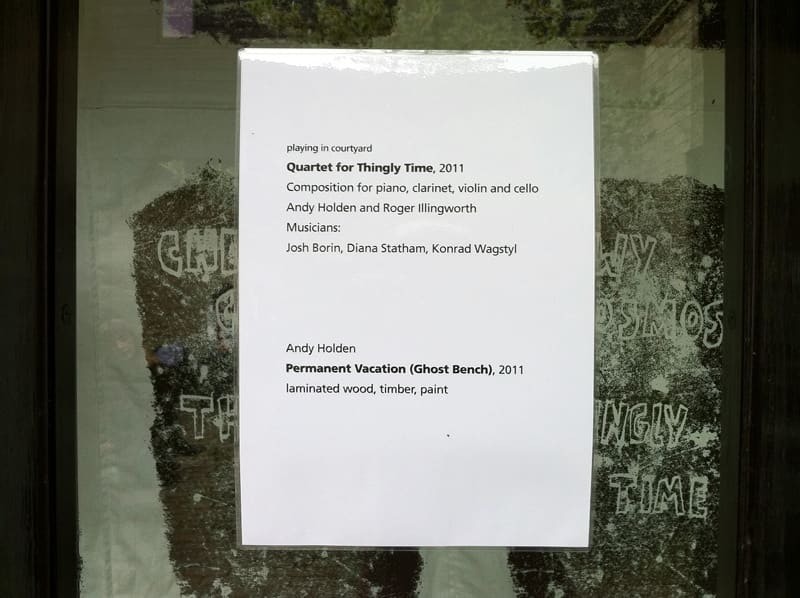 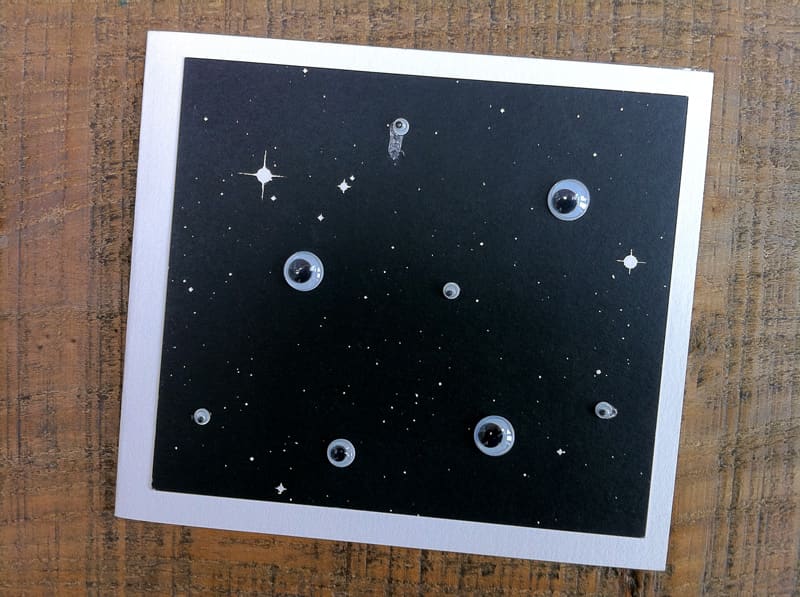 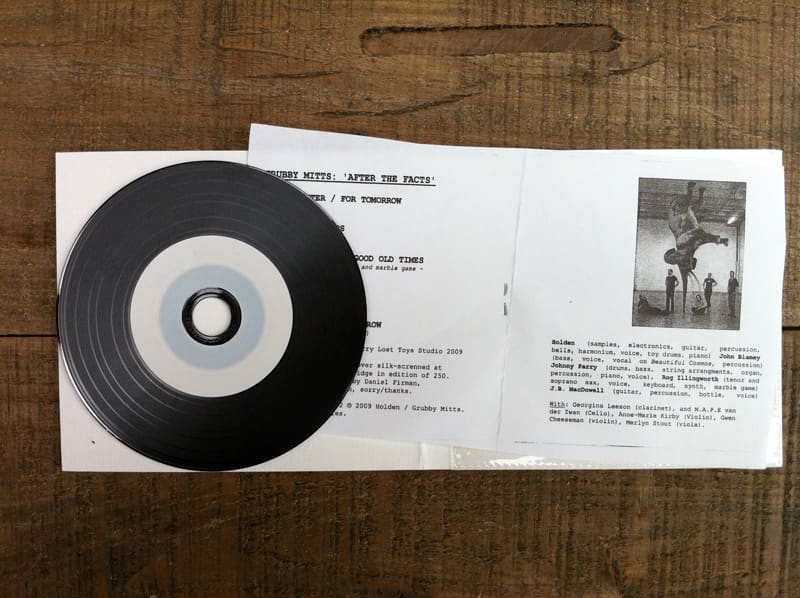