Long over due gallery afternoon in London, first to the truly inventive and very entertaining David Bowie Is at the V&A, then Schwitters in Britain at Tate. Kurt Schwitters was labelled a “degenerate artist” by the Nazi’s and fled to Norway, then to Edinburgh before internment on the Isle of Man. On his release he moved to London before ultimately settling in Ambleside.

The word Merz was taken by Schwitters to describe the use of all materials in the making of art, without prejudice. Cardboard, string and metal toys being equal to conventional artistsic materials like paint. While interned, materials were in short supply and Schwitters improvised tearing up lino flooring to paint on and making sculptures from porridge. On arriving in London Schwitters collected packaging, tickets and objects from the streets to form collages, assemblages and small hand-held sculptures.

The above examples were painted while interned, including this portrait of the artist Fred Uhlman. In the Lake District Schwitters survived by making representational paintings and drawings of the landscape which he sold to tourists. He also took further portrait commissions. Often dismissed as purely commercial, Schwitters saw the study of nature as a way of replenishing his imagination for his abstract work.

A large part of the show is given to the Merz Barn in Elterwater. I saw a reproduction at the RA’s Modern British Sculpture show in 2011. A dry-stone barn which housed a plaster relief wall with twigs, stones, bones, a cartwheel rim and other objects embedded into the plaster. Schwitters’ intention was to extend the relief across the whole interior but was only able to complete one wall before his death. The exhibition includes images from a photographic survey of the barn by Richard Hamilton and his students before it was removed to the Hatton Gallery in Newcastle.

The last few rooms of the show cover Schwitters legacy in the Lake District – in 2011 the Tate and Grizedale Arts commissioned Adam Chodzko and Laure Prouvost to create new works in response to the history and location of the Merz Barn and to consider wider issues, inc. the role and perception of the artist in society. Both artists have an interest in how memories of, and stories about, historical figures can be revised over time.

Laure Prouvost created a mud coated sitting room in a wooden cabin with tea pots and cups. She narrates a video recounting stories of her fictional grandfather [a conceptual artist friend of Schwitters], what he thought, the frustrations of not being appreciated in his lifetime, etc. Schwitters called his partner “Wantee” because she kept asking “Want tea?”.

Chodzko has created a Merz Barn inspired structure using the fabric of an office designed in 1937 by Frank Lloyd Wright for Edgar J Kaufmann’s department store in Pittsburgh. Kaufmann had arranged for MoMA to send a grant of $1,000 to Schwitters in Ambleside. The office was later donated to Tate and Chodzko has re-arranged it to house a new video work. He has proposed that Commerzbank relocate to Ambleside and stacked boxes of corporate stationery ready for their arrival in the doorway of the Merz Barn [Schwitters’ took the name Merz from a piece of paper featuring the bank’s name].

Really interested in the Merz Barn and Chodzko and Prouvost’s projects, which in turn led me to look up Grizedale Arts. I walked back across the river to the South Bank and down to Tate Modern to collect some bits of bone and clay pipe from the shore line for #Found. Then my old commuter walk back to Liverpool St from St Paul’s – down Cheapside, past the Bank of England. Had a pint, bought a sandwich and talked the hind legs off Barnes on the train home. Rugby Festival is cancelled due to promised snow. 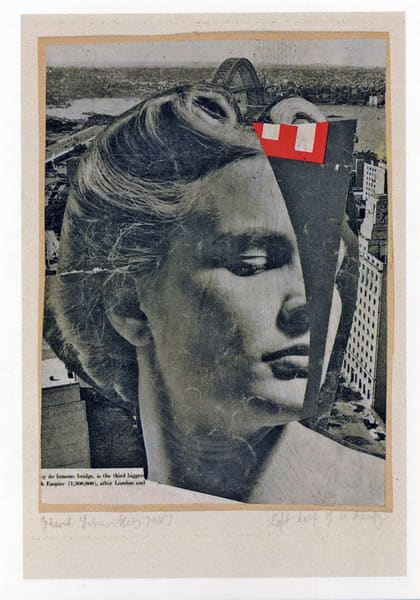 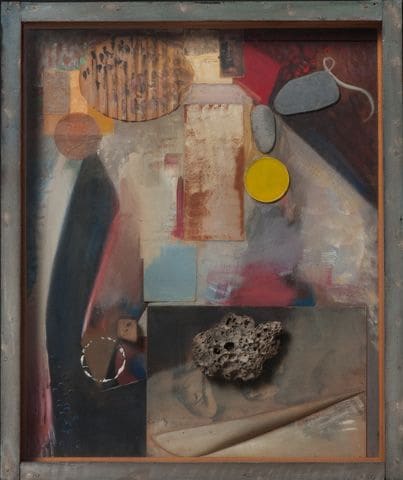 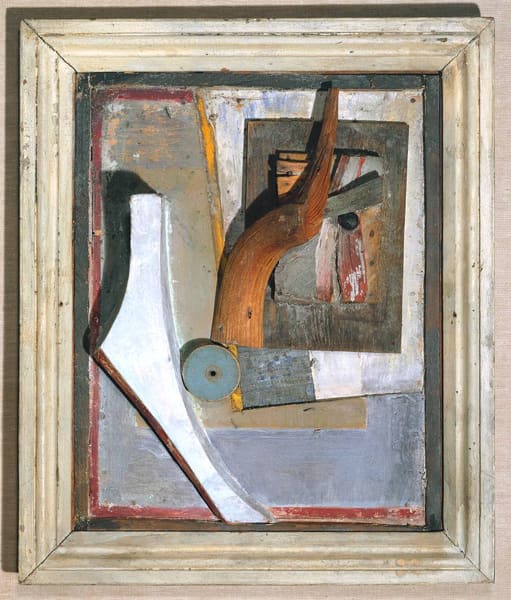 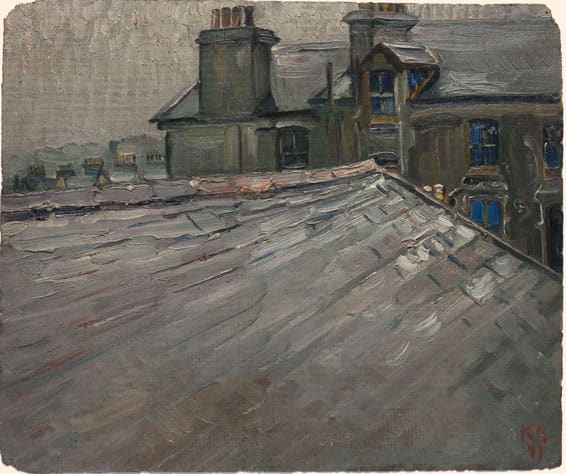 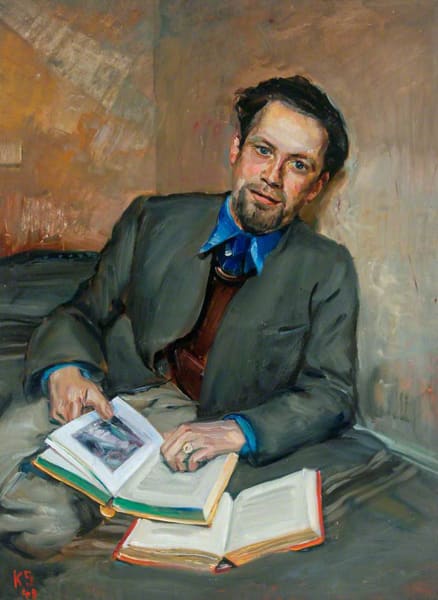 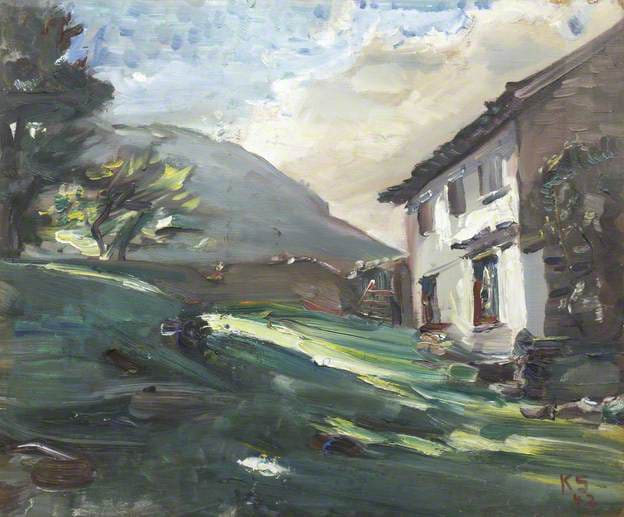 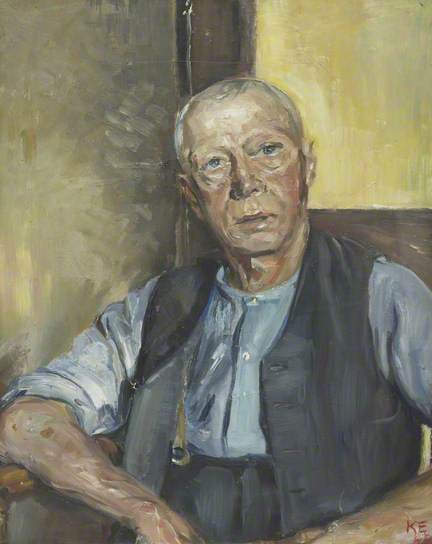 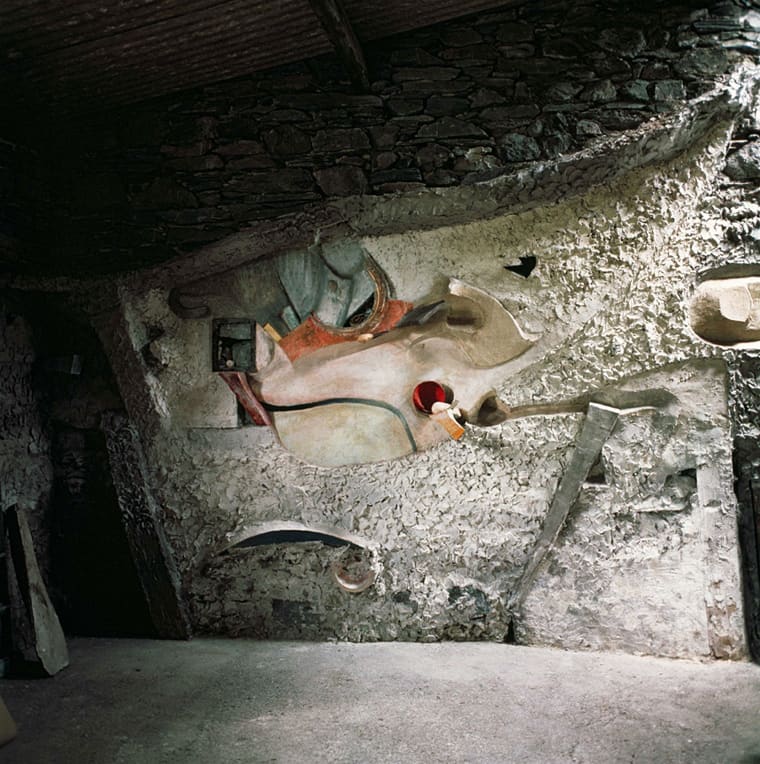 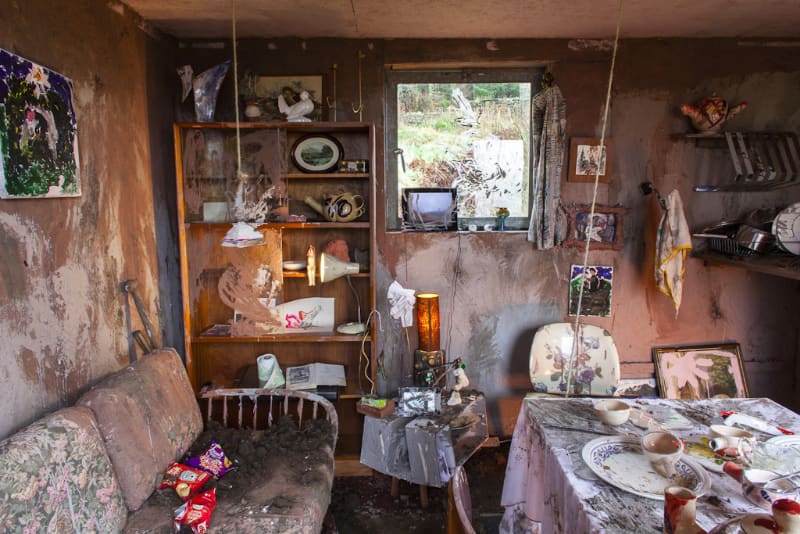 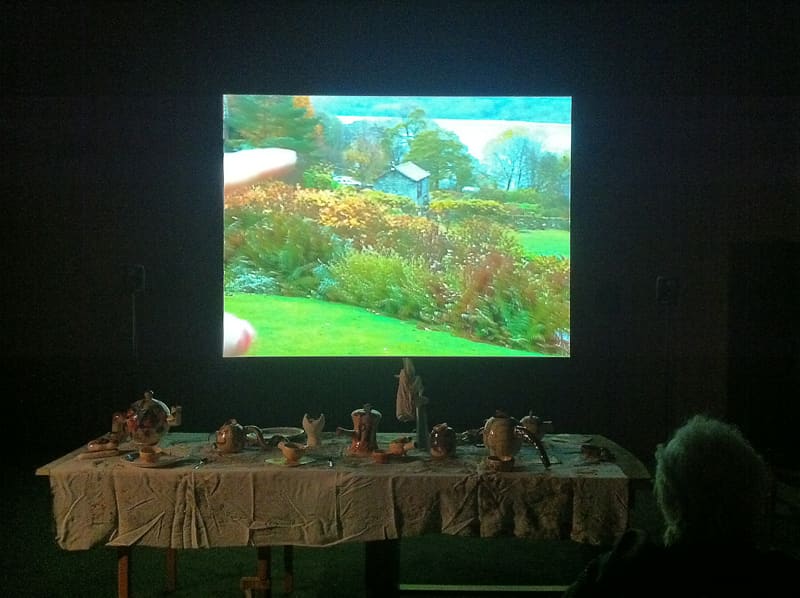 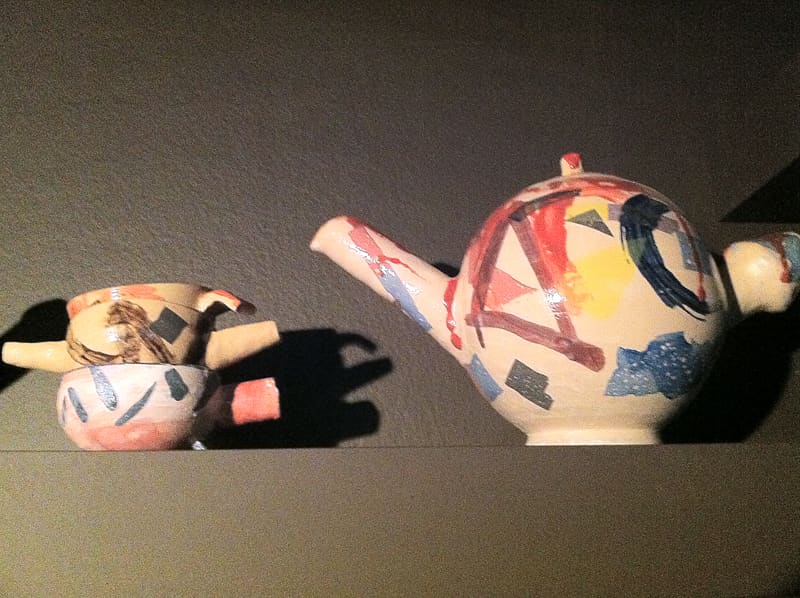 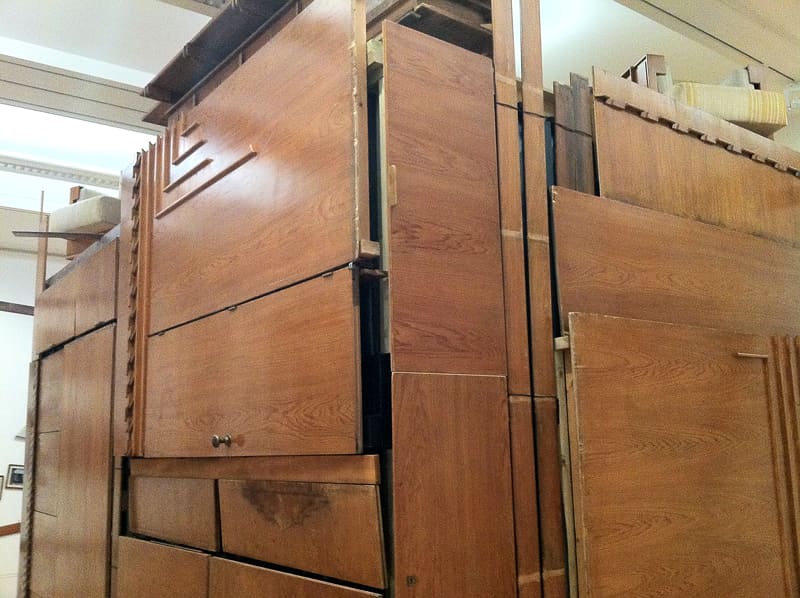 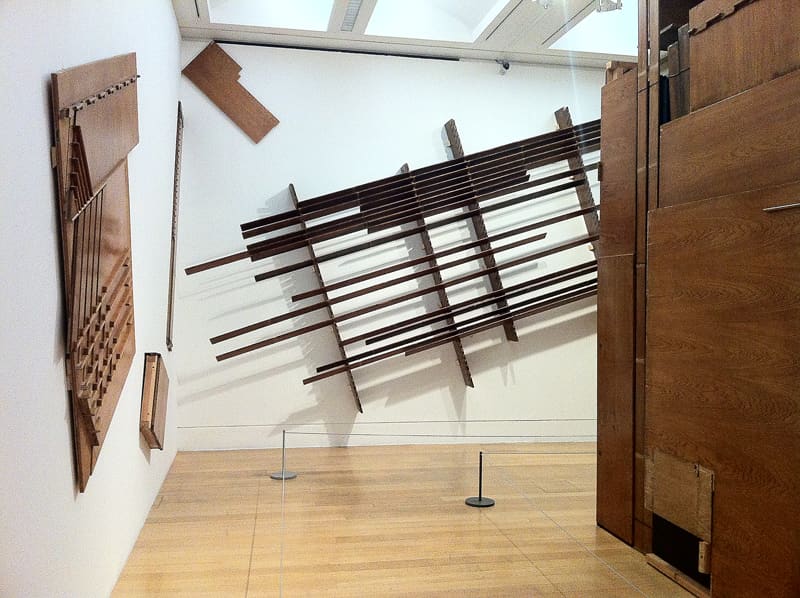 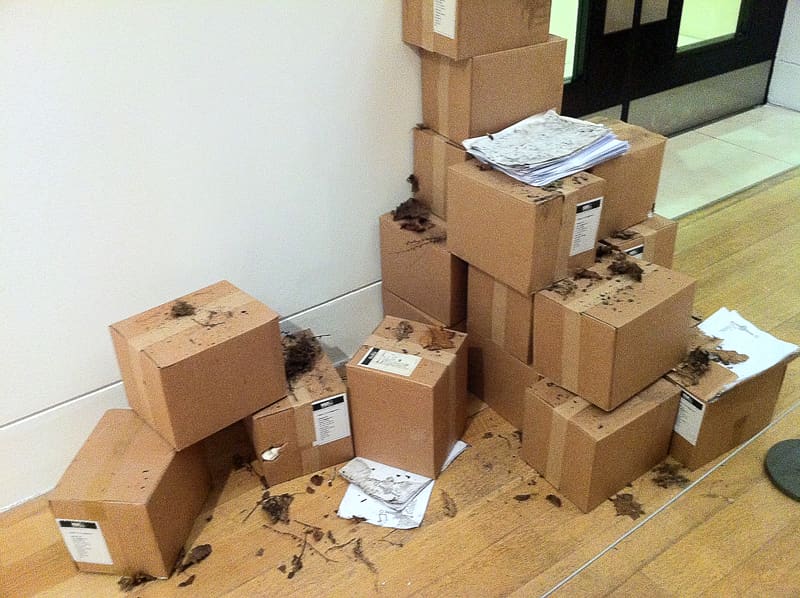 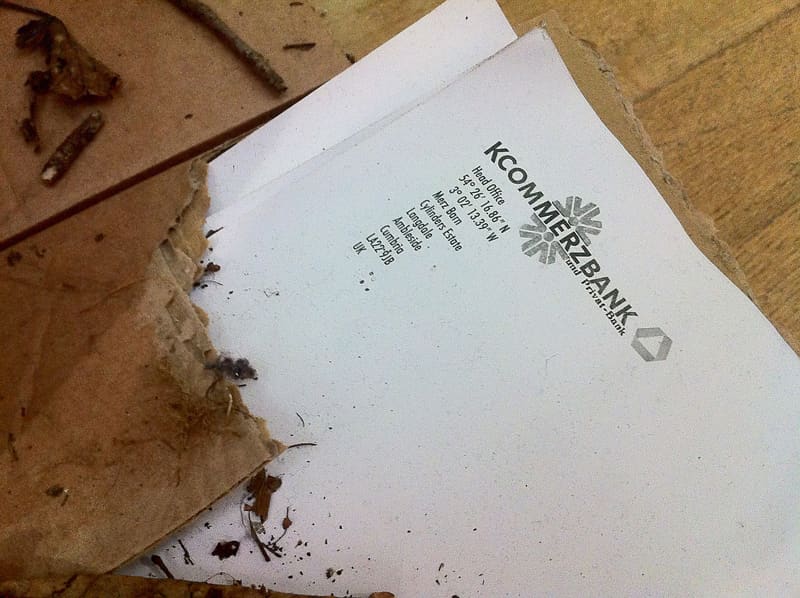