King’s Cross has been one of the more authentic parts of London for as long as I can remember. For a long time it didn’t seem to change at all, locked in a grubby one-way cycle. A place you went through to get somewhere else. It was often a little bit too real seemingly advertising itself as the home of the homeless, mentally ill, hookers, rent-boys, pimps, dealers, clubbers and art students with a penchant for London’s Hogarthian underbelly.

I lived on Caledonian Rd. As the 90’s progressed the georgian villas on crescents closer to Barnsbury and Islington were snapped up by developers who kicked out the squatters. Slowly, one at a time, hoardings went up and buildings were developed. Scala re-opened. The British library was re-developed. Initially a renovated house stuck out like a sore thumb but gradually the gaps were filled in – painted white with obscured glass in the new basement french windows, all topped off with a flashing security alarm like a cherry on top. But it was still patchy gentrification. One nice smart road next to a grotty one. Eventually design studios, architects and publishers moved into buildings along Regents Canal. Then the Guardian migrated north to King’s Reach. But these were still clean spots in an otherwise dirty tablecloth. King’s Cross is such a big area and it remained debatable whether it could ever be fully reformed.

I don’t have reason to visit King’s Cross often these days. I don’t have any clients there. No galleries. The Crafts Council closed. My friends have all moved out to Hackney and Clapton, or like us, out of London entirely. So the rate of transformation was quite a shock yesterday. It reminded me of the Olympic park site – same wide walk ways surfaced with small beige stones and lined with trees. Same kind of art. International artists lending international credibility to an international train station. It’s the London development formula. From the viewing platform visitors are invited to photograph “Across the Buildings” an installation by Felice Varini – and upload for a chance to win Eurostar tickets to Paris. Central St Martins art college occupies a key site – not as key as their old places on St Martins Lane or Southampton Row but they have gained a Starbucks. I appreciate that development is an exercise in pragmatism. I understand this but I don’t feel it. One compromise too many might be the credibility of art/artists when they are so blatantly being used to shop-windowify the interests of big business. I’m not anti-development – although cynical, lazy and patronising formulas of any kind grate. I can’t help feeling a bit more thought would have paid dividends. Some innovation rather than mere decoration. Maybe its there and i just haven’t seen it yet – I do need a proper look round. But on the surface, first impressions, I don’t believe this is the best that the developers and their marketing agencies could come up with.

Anyway, I met a group of old work friends at the Kings Cross Filling Station. A covered structure housing a bar/grill with a wavey fibre-glass panelled wall, the opposite side open towards the canal. The feature wall was covered with thousands of stickers by George Henry Longly, souvenir stickers being given away at the bar. A little bit of Shoreditch. Maybe that’s my problem – not enough distinct to King’s Cross. The station roof looks like the British Museum with a dash of Zaha Hadid. The Great North Hotel and its neon sign is hidden behind new generic office blocks. Scala is still there. It’s the old King’s Cross and what it stood for that is being papered over, or maybe swept under the carpet. When it’s all cleaned up it won’t be King’s Cross because the things that made it a distinct area won’t be there any more. Of course they won’t magically disappear. They’ll be elbowed over to someone else’s neighbourhood. Maybe it’s too much too fast. A bloody revolution rather than gentle evolution. If you’re going to re-brand something you’ve got to identify what the new brand values are, what does it stand for? It’s not finished yet but there’s a temporary feel to the place but it’s not a millennium dome, or an Olympic park. Feels like it might need a bit more help before it’s finally off methadone. 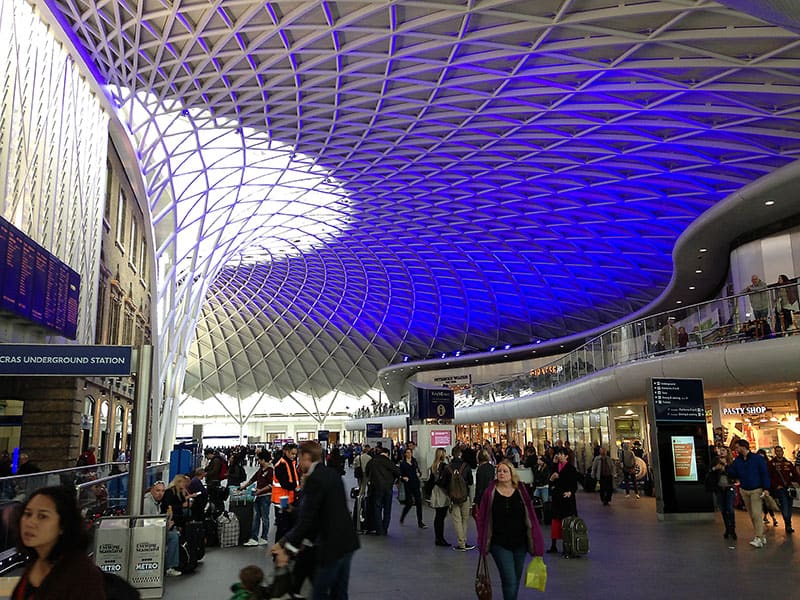 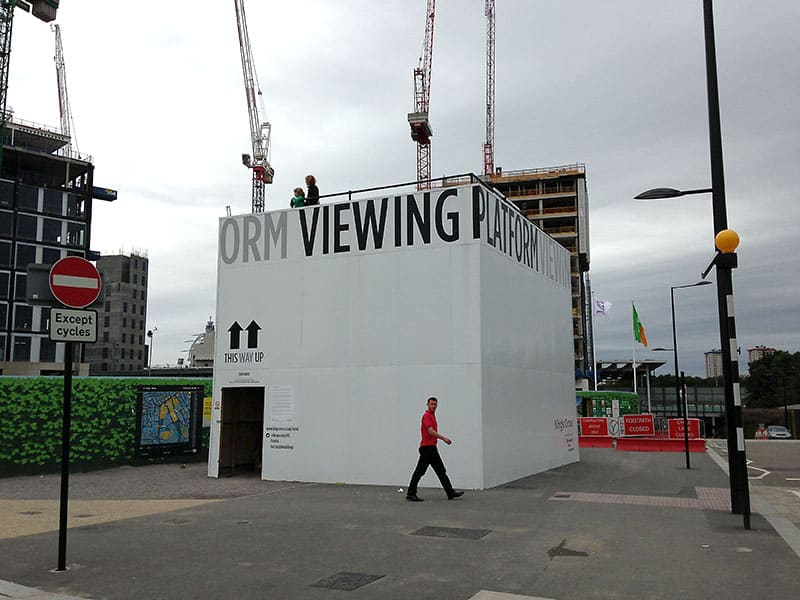 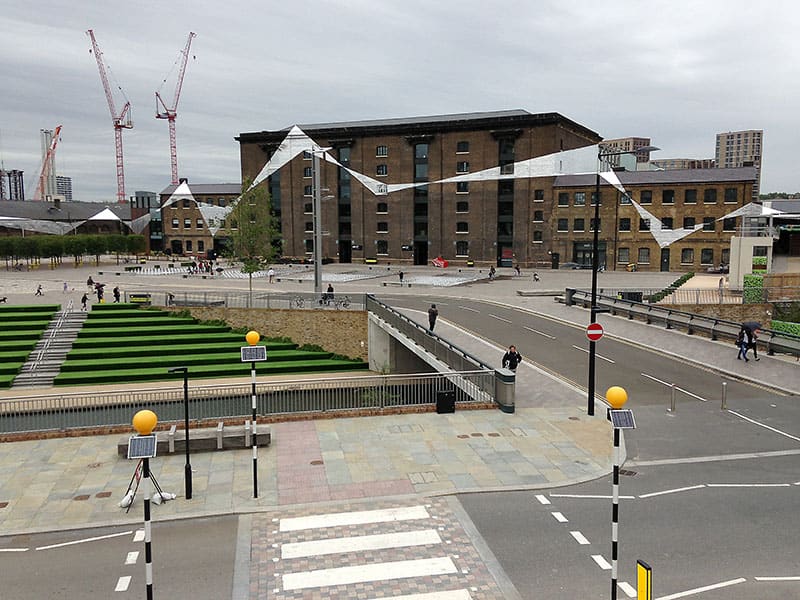 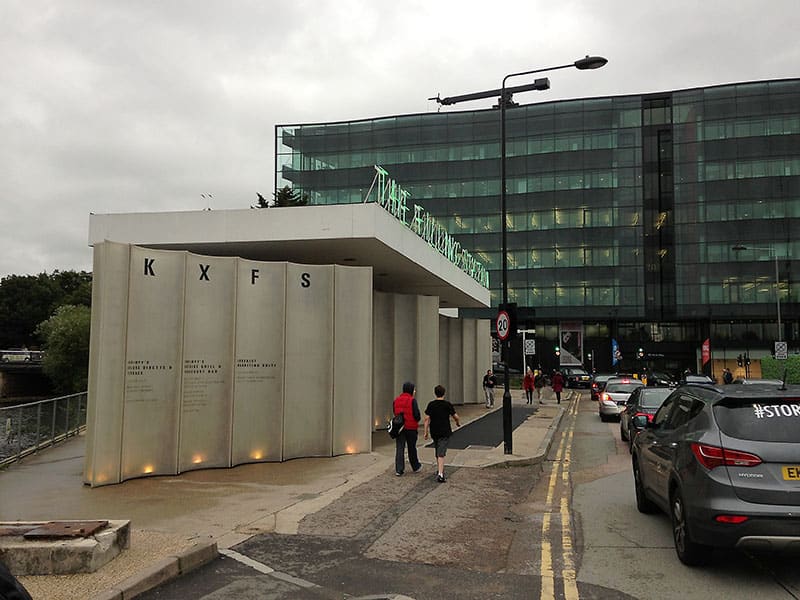 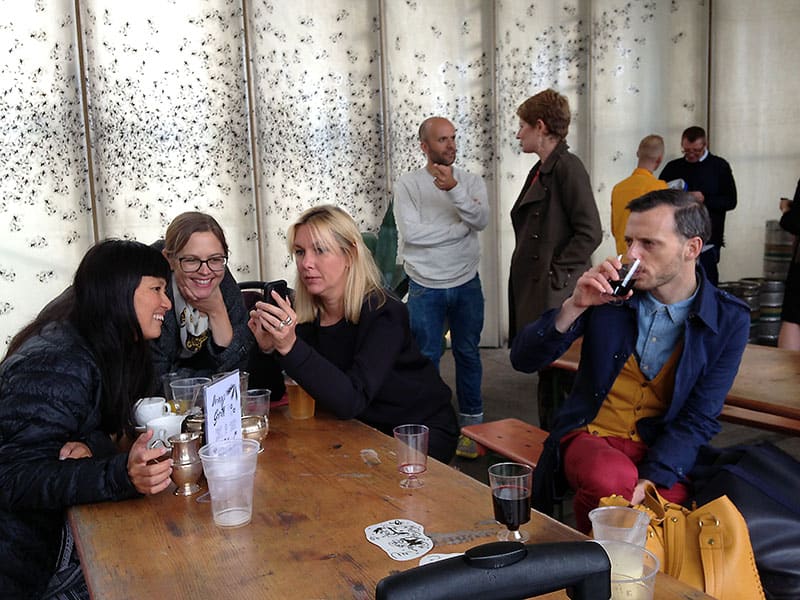 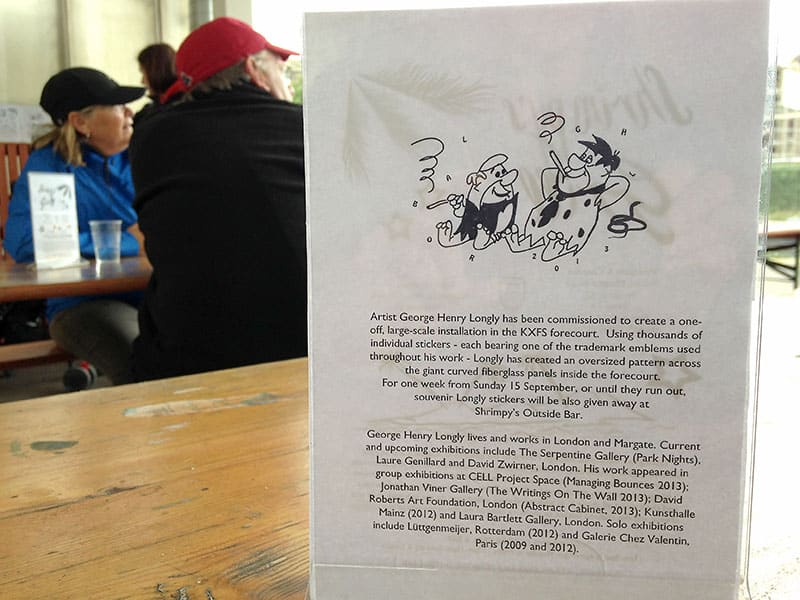 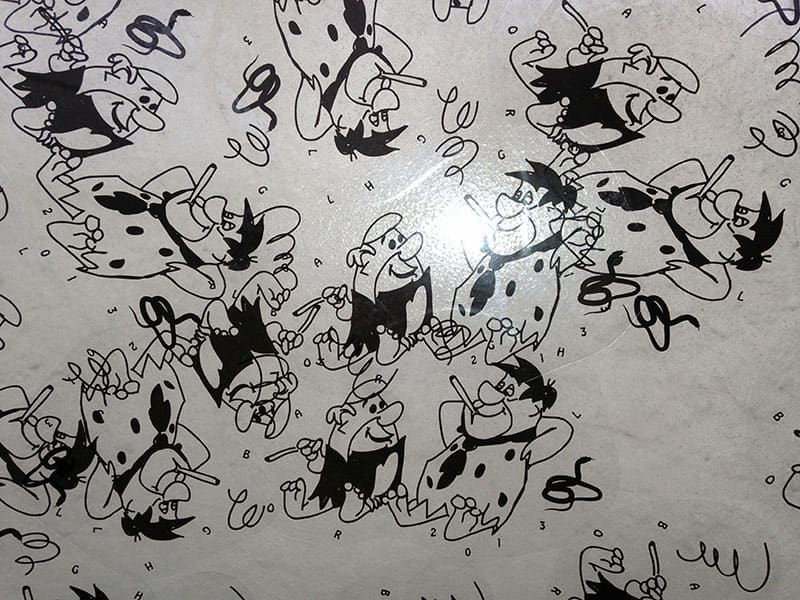