Suspended begins Hatoum’s show at White Cube Mason’s Yard, a series of red and black plastic swings chained to the ceiling. Each seat features the street map of a capital city etched into the plastic.

“a trio of printed maps of Beirut, Baghdad and Kabul mounted on tables linked by wooden trestles. Hatoum has cut out sections of each map with delicate crater-like concentric circles that either recede downwards or project outwards from the surface, as if marking the locations of some kind of seismic disruption or areas that have been affected by bomb blast.”

Bunker is an installation “consisting of what appears to be models of 23 empty and derelict architectural structures. Each basic building structure is made up of stacked steel rectangular tube sections that have been subjected to cutting and burning, giving them the appearance of buildings that have been scarred by war.” 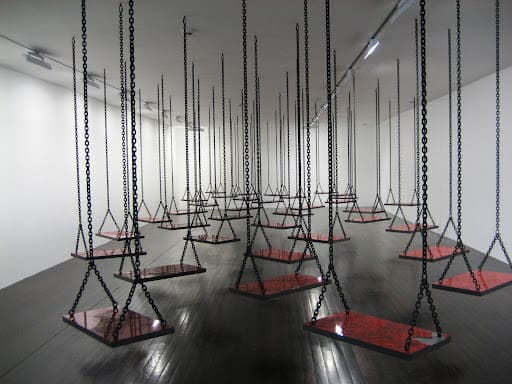 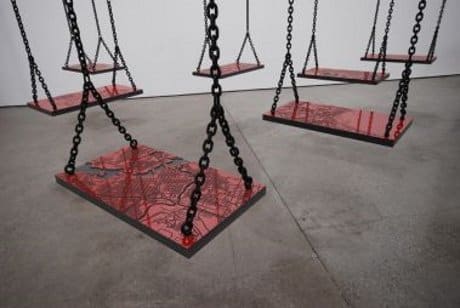 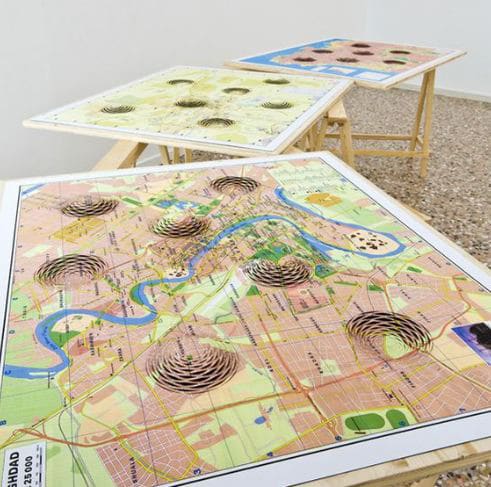 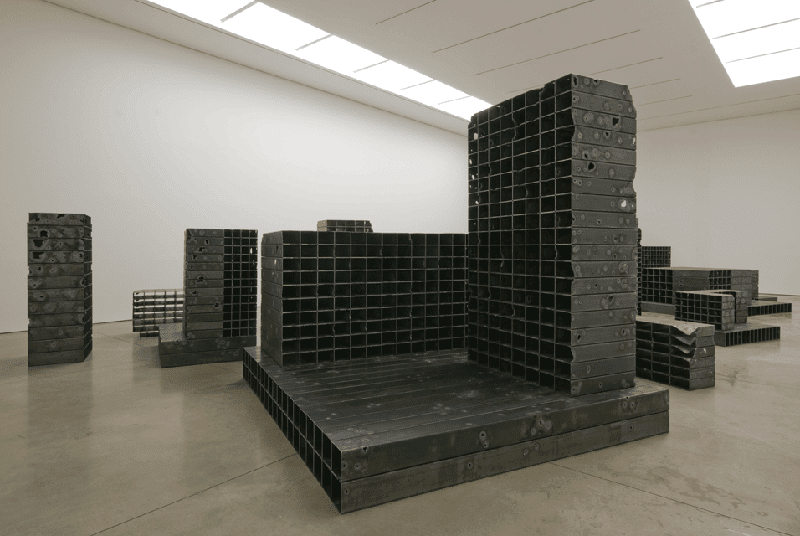