A debate at the Cambridge Union Society, part of the university’s Festival of Ideas – “A highly informative debate, where a panel of speakers discuss how and why the arts and technology sectors should work together to enhance the cultural life of Cambridge.”

The debate was chaired by Daniel Brine with introductory presentations from Honor Harger, Usman Haque (above), Claire Mookerjee and Liz Stevenson of Cambridgeshire County Council. Speakers for the motion included Alex van Someren and Claire Ruskin, making the case against were Usman Haque and Andrew Nairne.

Cambridge is a special case. If the arts and technology sectors can’t find new ways of working together here, they are unlikely to do it anywhere else. The potential is huge BUT, having spent a couple of days at the inaugural Mosaic3DX conference at Microsoft’s new Research site – an event bringing games, technology, design and artistic communities together – it will take some doing. The will is there… but the path to achieving genuine collaboration is less obvious. Who, what, where, when and most importantly why?

This puzzle was the subject of most presentations. Technology and business speakers expressed a “come to us – we are sympathetic” argument, but the reality is often not so simple given the organisational barriers between external creatives and key decision makers. Artists and creatives regularly bemoan the reality of the “collaborations” that do happen, which can amount to little more than exploitation with their “partners” appropriating the aesthetic of creativity in a brand positioning exercise, rather than seeking a genuinely innovative partnership.

Usman Haque (making the case against) warns that the city should not be viewed as a problem to be solved. Technology directed as a tool to streamline efficiency, improve traffic flow, and spoon-feed information will result in a city of sheep-like citizens without the ability to think for themselves – ie. less smart. A degree of chaos or disorganisation is needed to generate thought, if only to avoid being run over crossing the street. He also warns about the unintended consequences of an indiscriminate “open-data” policy, with the example of crime figures being made available to the public which consequently drives down house prices in higher crime areas, which in turn leads to a drop in reported crime.

Both debaters making the case against are directly involved in the arts, be it a designer/creator in Usman Haque, or a gallery curator in Andrew Nairne. Both making the case for are from the technology and business community – Claire Ruskin of PA Consulting and Cambridge Network and Alex van Someren of Amadeus Capital. However, sympathetic members of the business community remain a little thin on the ground, even in Cambridge.

Andrew Nairne recounted a tongue-in-cheek utopian story of a future social media enhanced trip to the city. Disembarking at the majestic entrance hall of Cambridge railway station before seamlessly collecting his pre-rodered Boris-alike-bike and riding past the old Microsoft office (now Tesco). On discovering a pot-hole he notifies the council through an app downloaded from the now unified Town and County Council website, selecting which artist “style” he would like the hole filled in. He arrives at the Fitzwilliam Museum, finds his favourite picture and on leaving a postcard of the painting is waiting for him at the shop. As he steps from the building a bus arrives with his chosen image emblazened along the side.

The discussion ended with the audience being asked to vote on the motion by leaving the debating chamber through the appropriate division lobby door – Aye, Nae, or through the middle for the undecided. 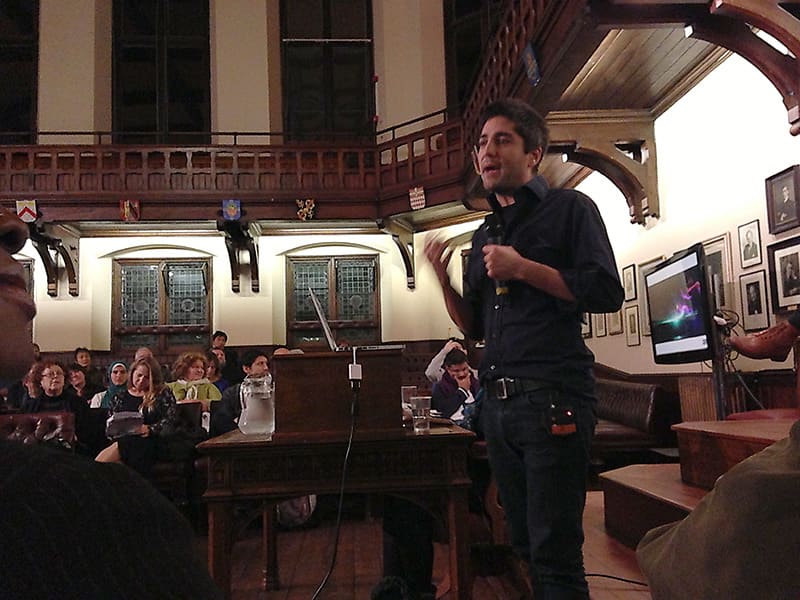 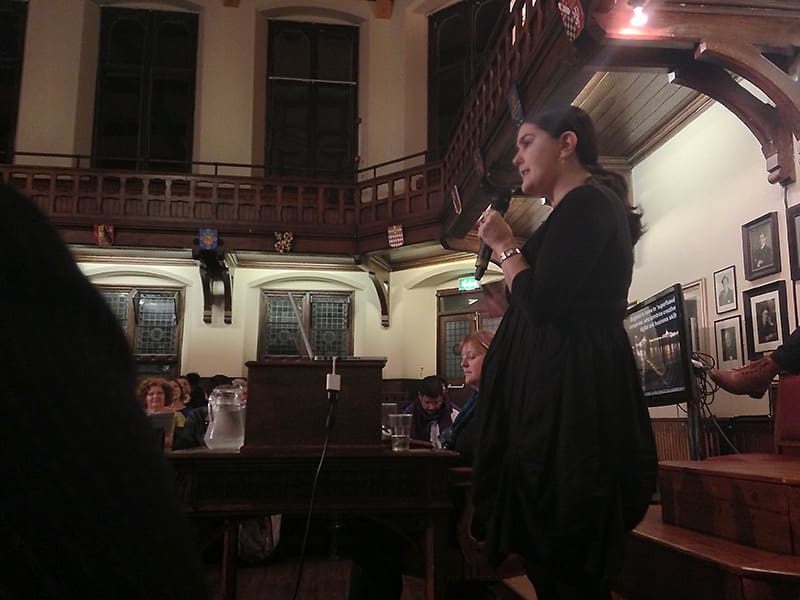 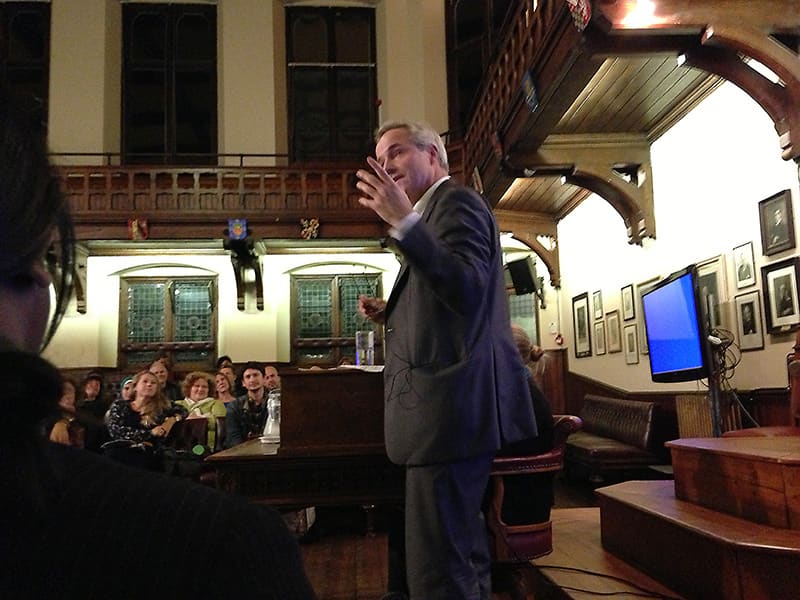