Hot Chip played the Junction in Cambridge last night. I have taken some of my now customary shitty photos which I am happy to share with you below. It’s probably not very useful to try and sum the band up but I’ll have a go anyway – on the surface there’s an un-selfconscious 80’s synth-pop style although the music takes from rock, disco, rave, funk, all sorts. Even a cover of Fleetwood Mac’s “Everywhere”. Band members swap from guitars to keyboards to percussion. It was an extremely energetic set with barely a pause between tracks. The live sound much heavier than I expected. Fantastic lighting, a backdrop of LED and strobe effects with powerful laser-like spots in vivid colours. It seemed a bit much for the Junction but evidently a set created for big Summer festival slots. Audience was predominantly students [dancing] surrounded with a cordon of bearded 40 something men [nodding]. 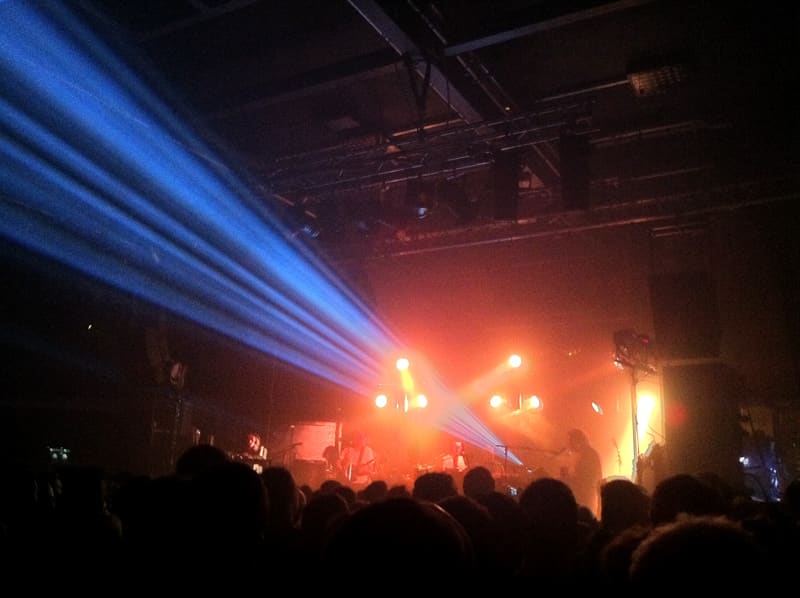 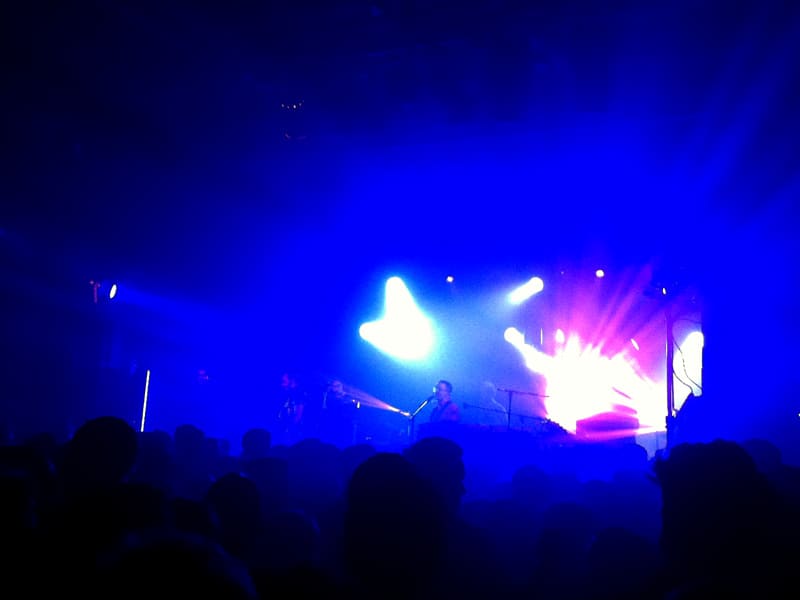 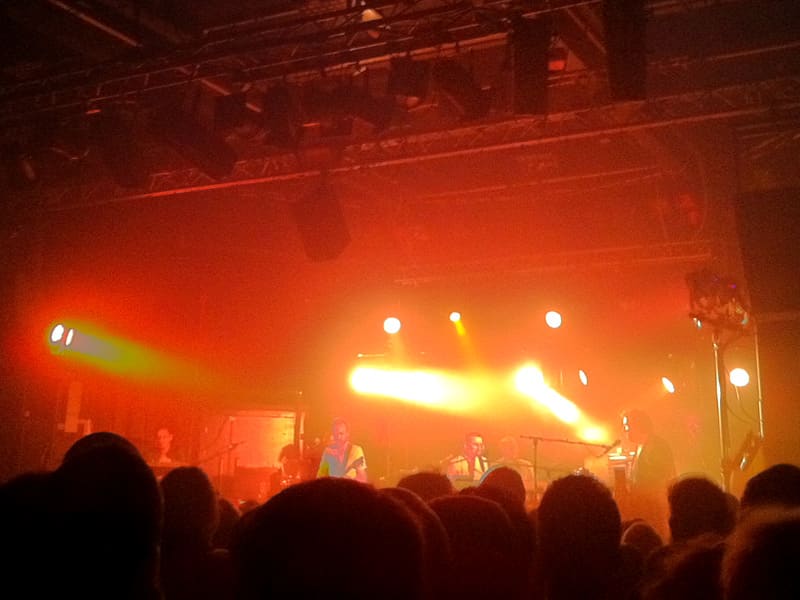