‘HISTORY IS NOW – 7 Artists Take On Britain’. The Hayward Gallery has invited John Akomfrah, Simon Fujiwara, Roger Hiorns, Hannah Starkey, Richard Wentworh, Jane & Louise Wilson to curate a discussion around what it is to be British on the run up to the general election.

The show reads like a collection of time capsules, a Blue Peter project unearthed for our entertainment. The exhibition starts with Simon Fujiwara’s series of plinths – Sam Taylor-Wood’s video of David Beckham sleeping; a collection of Waitrose supermarket’s fresh herb packaging; a table-sized lump of coal from one of the few remaining mines in the Midlands; the navy blue suit, shoes and handbag worn by Meryl Streep in the film of Margaret Thatcher’s life The Iron Lady; a pair of black bin bags, one filled with air by Ceal Floyer, the other a painted bronze by Gavin Turk; a pair of brooms used to sweep the streets by volunteers after the riots of 2011; a model of Anish Kapoor’s Orbit tower, centrepiece of the 2012 London Olympics; and Matthew Darbyshire’s black and white room-set including table, stools, rug, pair of carved African style figurines, paper lamp shade and pair of Nike trainers.

Jane & Louise Wilson concentrate on the occupation of territory – Northern Ireland, the Greenham Common peace camp of the 1980’s, the work of Victor Pasmore on the 1950’s new town of Peterlee in County Durham. Stuart Brisley’s 1=66,666 plaster filled gloves suspended inside a cage supported by a pair of Black & Decker workmates (1983) a comment on unemployment and the impact of state ideology. Lucia Nogueira’s Binocular, a pair of black painted wooden booths containing umbrellas and kites with accompanying film.

Roger Hiorns’ section is a forensic chronological investigation of the BSE crisis. He traces the routes of the problem and earliest accounts of scrapie from 250 years ago. A timeline which visits the Mad Cow Disease and headline PR stunt by John Gummer (then Tory Minister of Agriculture, Fisheries and Food) who attempts to allay public fears by pushing a beefburger on his young daughter at a country fair.

John Akomfrah gathers films from the Arts Council Collection including Peter Kennard’s Photomontage Today; documentaries of Barbara Hepworth and Francis Bacon, an investigation of the 1985 Broadwater Farm riots in Tottenham. A hi-light is Aldoor Denshi’s 1992 film Latifah and Himli’s Nomadic Uncle which follows two sisters as they walk around London in their matching black quilted bomber-jackets discussing life as British Asians.

There’s a lot to see but the exhibition is systematic and logically arranged. Most sections offer hope and optimism next to warnings and recrimination. But the pervading message is that Britain doesn’t change much – each historical issue quickly finds a contemporary parallel – and the show is timely in the context of a general election characterised by the usual suspects of immigration, nationalism, the class system, financial crisis, the environment, foreign policy, and an ever more powerful media. 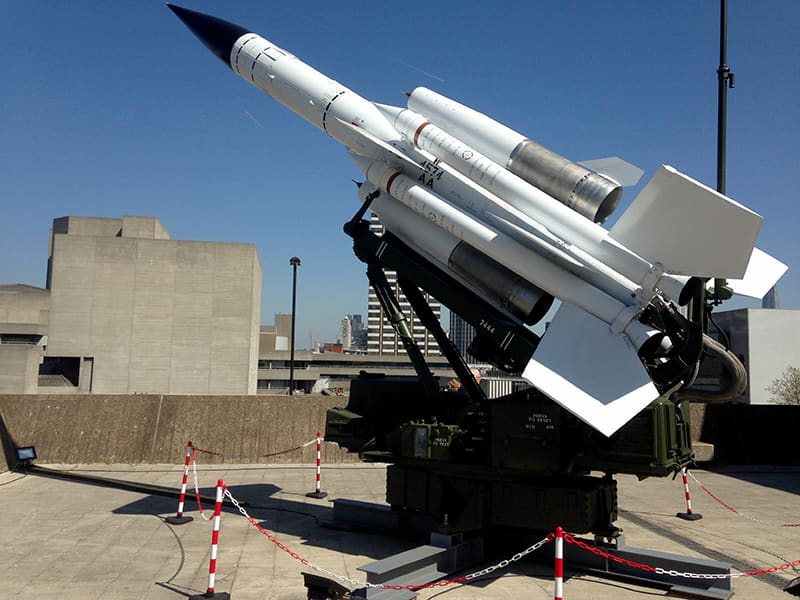 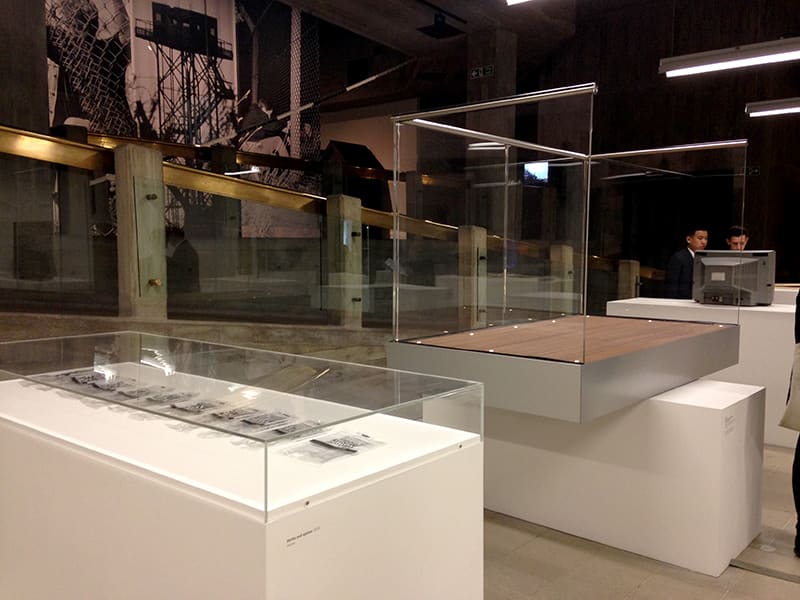 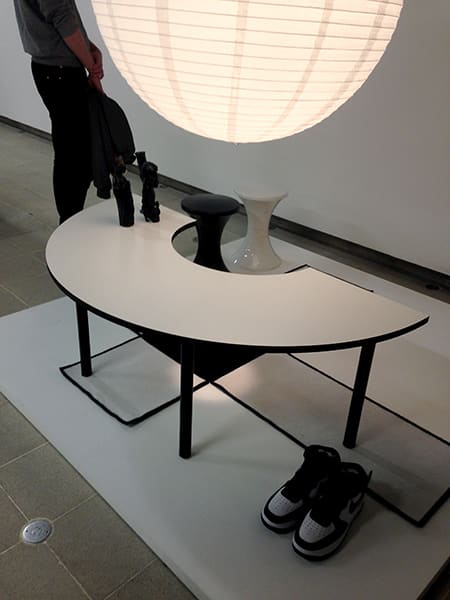 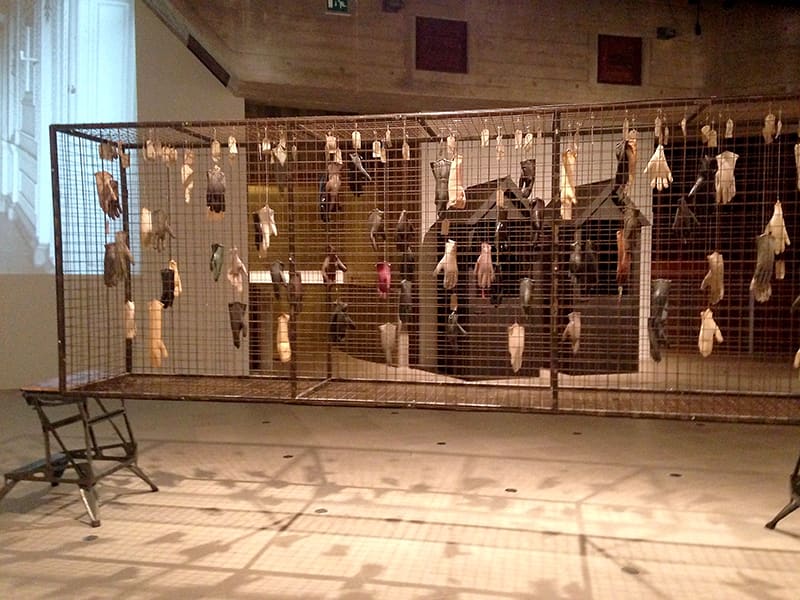 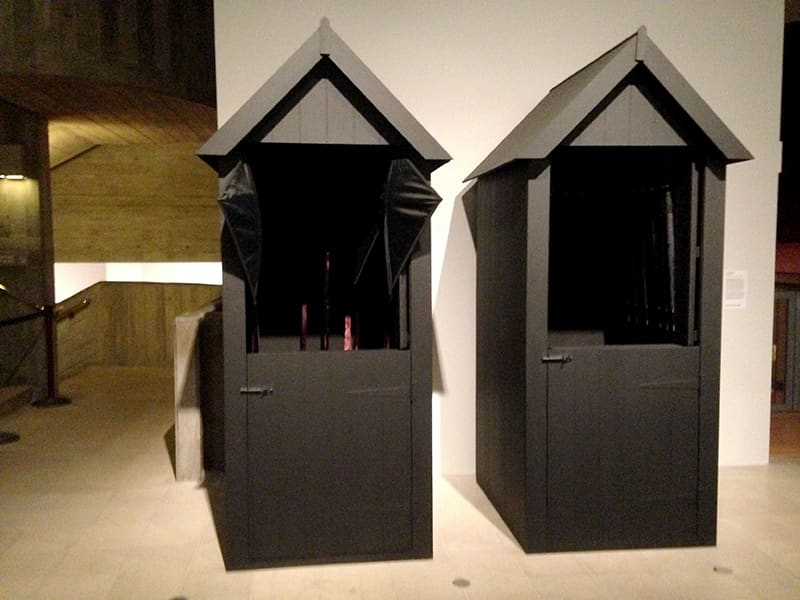 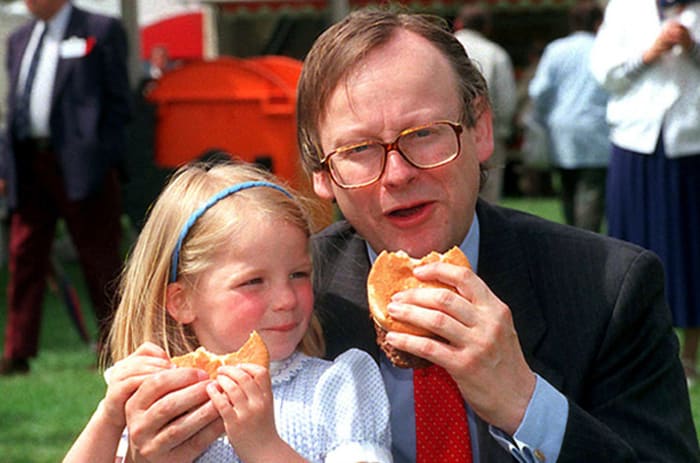 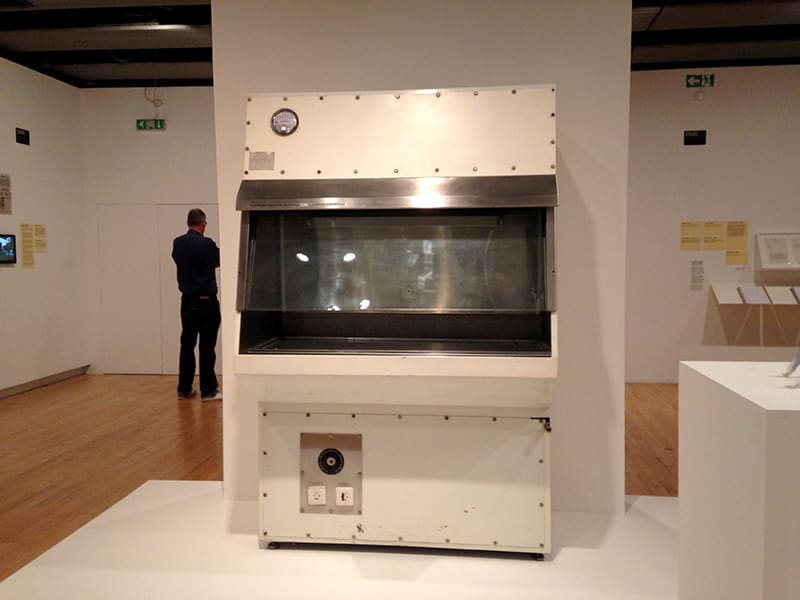 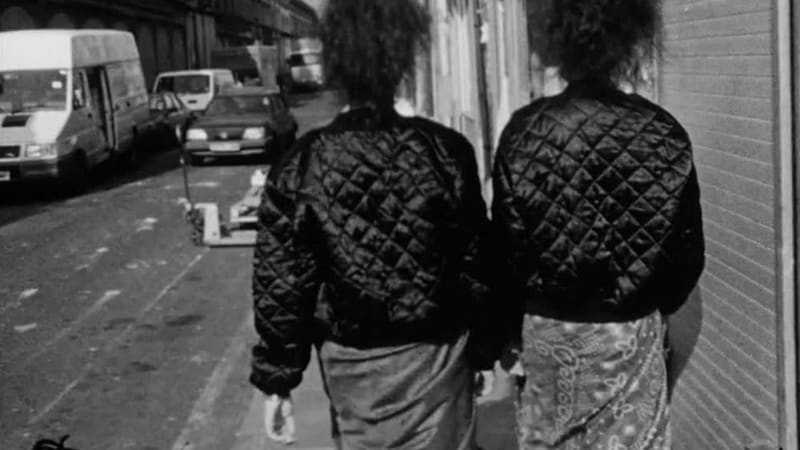 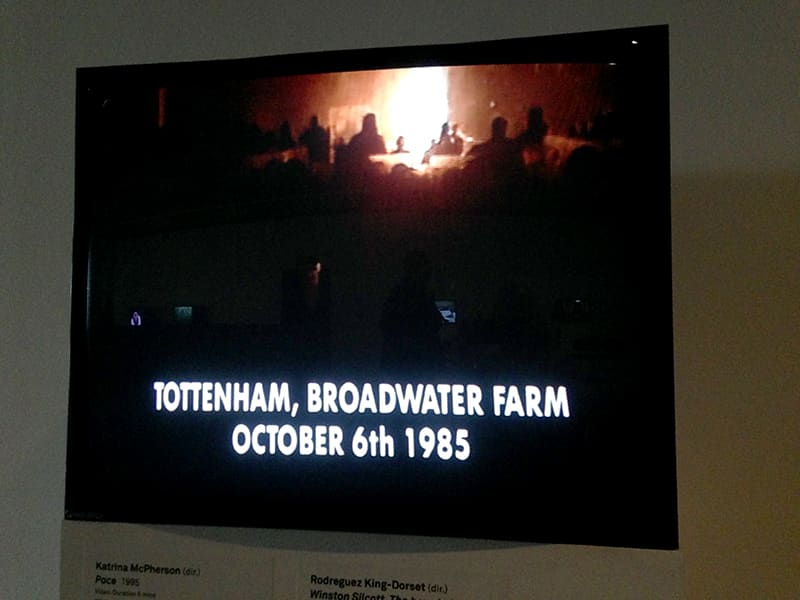 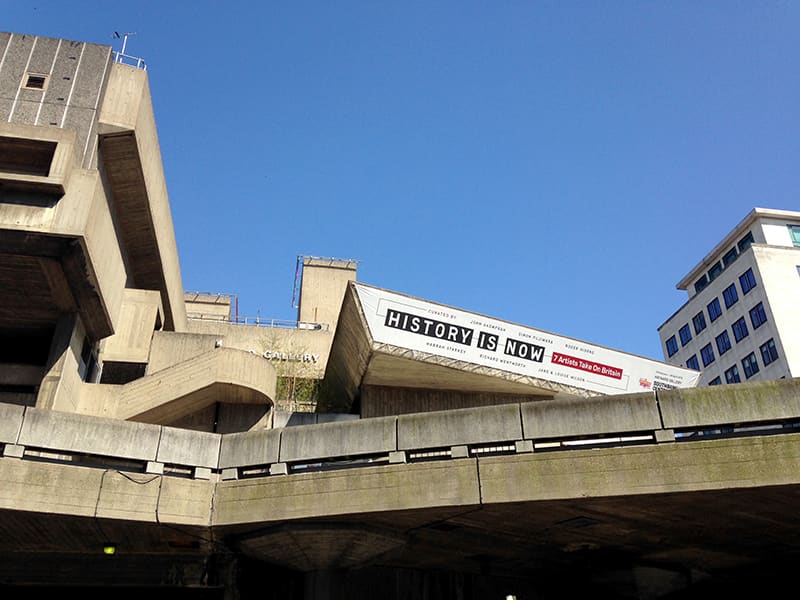