The Aubin Gallery on Redchurch Street is currently showing work by BAZOOKA – the gallery website says “During London’s inaugural Anti Design Festival we are pleased to announce the first ever exhibition of Bazooka, a trailblazing ‘commando’ style cell of radical French illustrators. “In the late 70s mainstream French punk was played out for socialites and resultantly was impotent of any real social consequence. Meanwhile on the fringes of the artworld Bazooka channeled New York and London energies into some of the most politically subversive work on the planet.”

Curated by Stuart Semple and in collaboration with Neville Brody this is the first UK exhibition by Bazooka. Housed in an upstairs post war office/warehouse space with projections, framed layouts and large colourful printed carpets. Read more about the group’s controversial work on Libération France’s original leftist newspaper, and see a short film of Bazooka at the gallery here… http://www.aubingallery.com The show runs until October 26th – catalogues and T-shirts on sale. 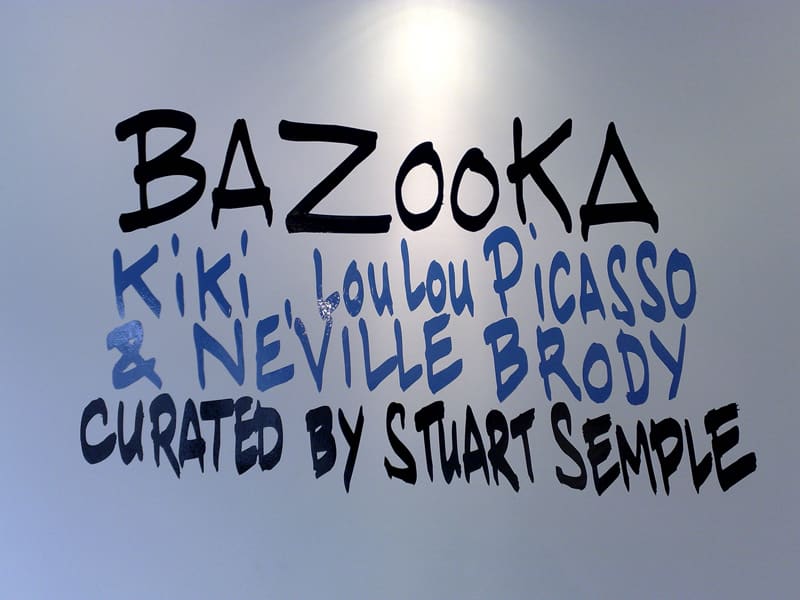 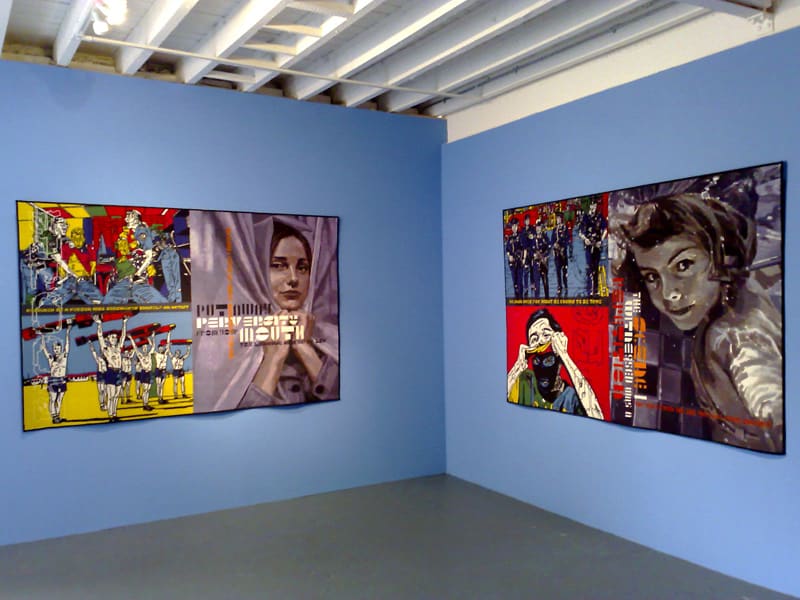 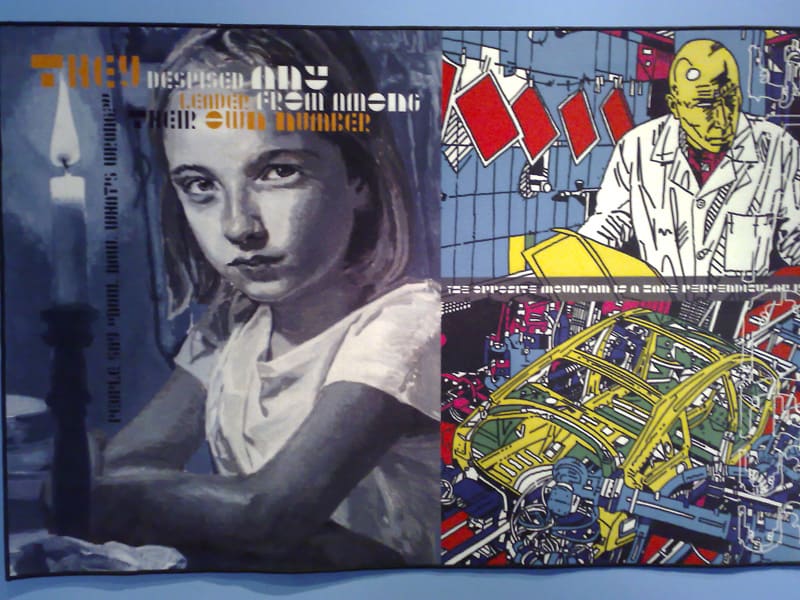 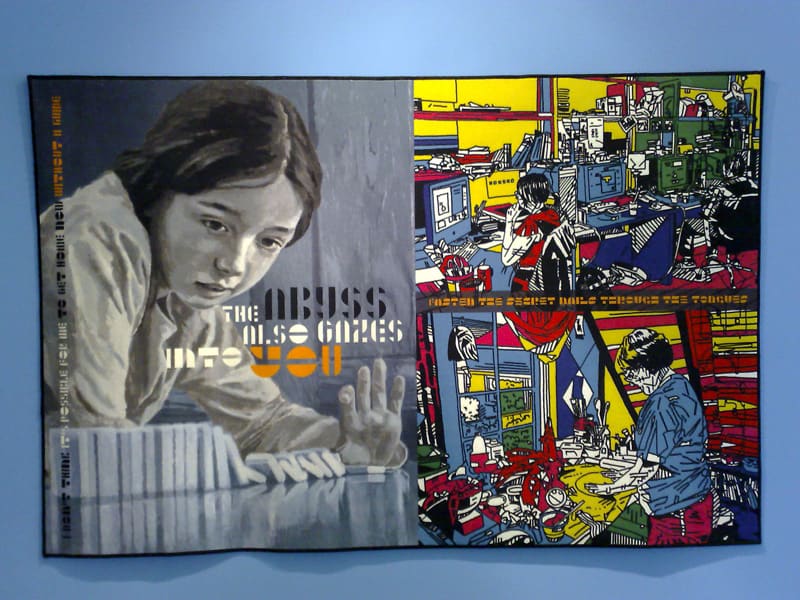 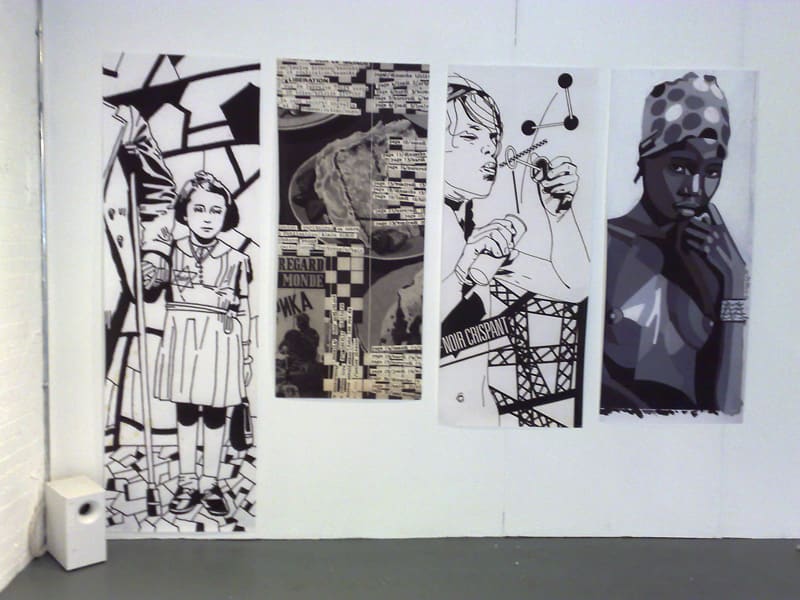 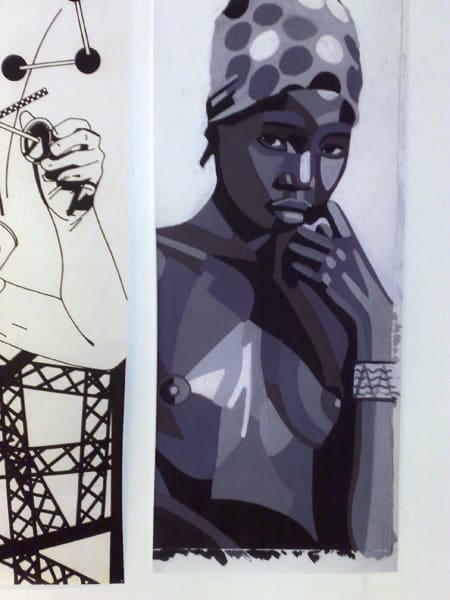 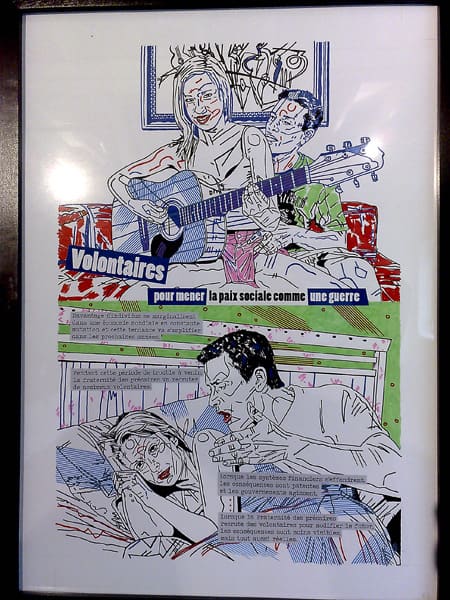 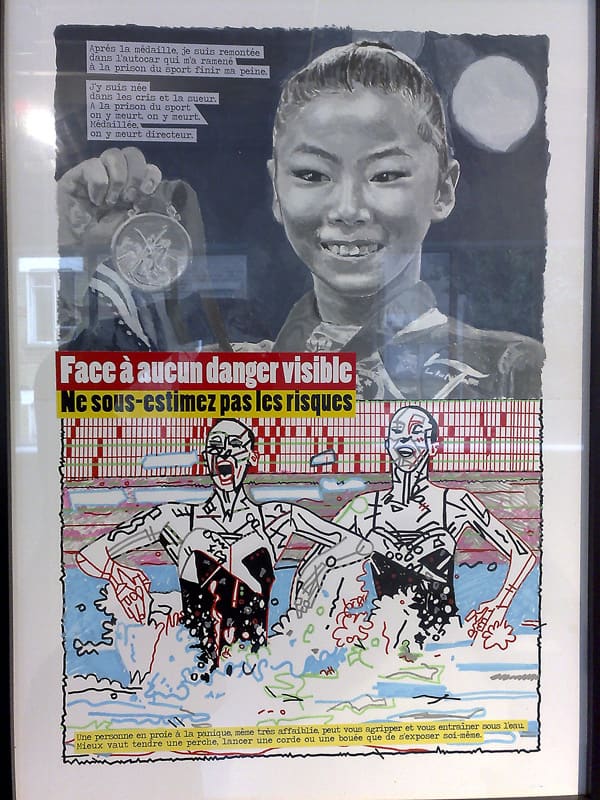