London Design Museum. Walked from London Bridge along Tooley St and through Hay’s Galleria where they were preparing a fish festival. Then along the river past Tower Bridge and Mayor Ken’s offices. Zaha Hadid’s show, then Jonathan Barnbrook’s Friendly Fire. Zaha Hadid’s show was OK, her work’s great but it was an unimaginative exhibition design. Her paintings are fantastic. More interested in her furniture designs because I hadn’t seen any of them before, like this light, blown glass with neon that slowly changes colour.

Jonathan Barnbrook is a good designer but I don’t go for this preachy, anti-Bush, anti-America, anti-corporate attitude. Seems a bit simplistic, naive, immature even. He needs an established visual system to subvert. He takes corporate logos, or religious iconography, and turns them back on themselves. His designs are layered and often complex, they are beautiful. His type designs are expressive, colours are chosen for maximum imapct. The work is powerful and, given the themes, probably very attractive to the many art students wandering about.

Photographer’s Gallery for Chris Coekin’s The Hitcher. He has hitched around the UK, from Lands End to John O’Groats, most big cities, as far east as Cromer and as far west as Fishguard and then around Northern Ireland. He used an instamatic with self timer to record himself and the scenes/things he found on the road. He used a medium format for portraits of the people who gave him a lift. He kept all the improvised destination signs which he used to show passing drivers where he was going. The result’s a very tidy story. There was a video interview in which he explains why he did it, what the people were like and the resons they gave for stopping. 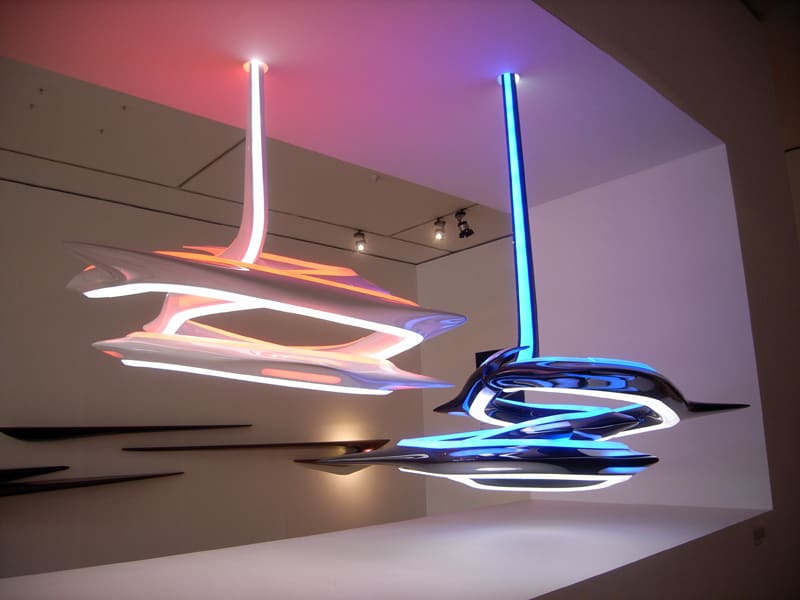 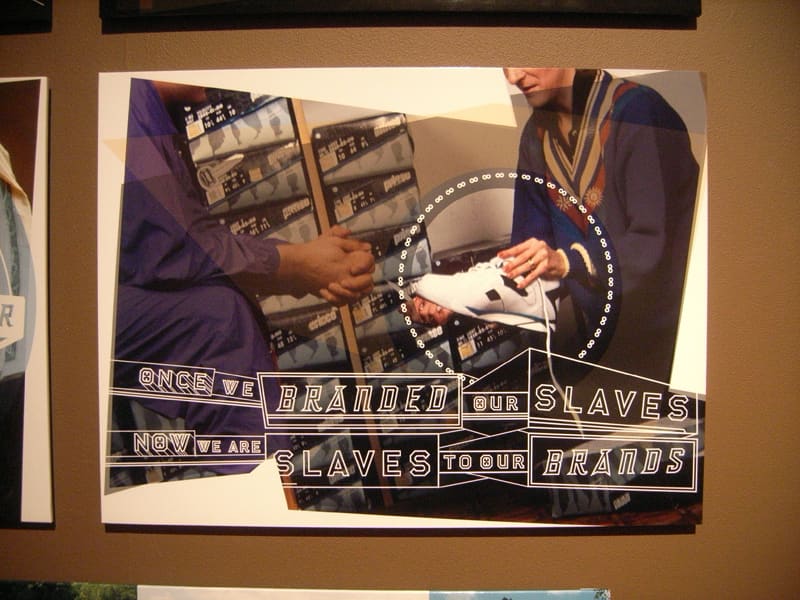 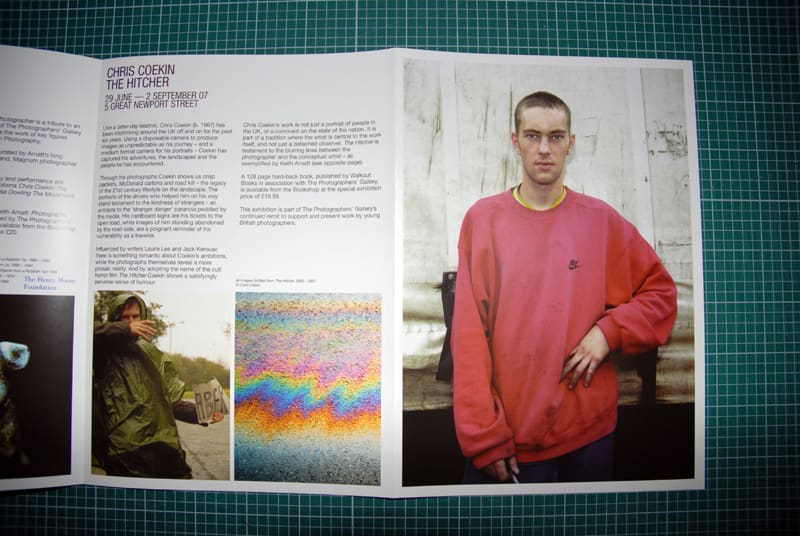