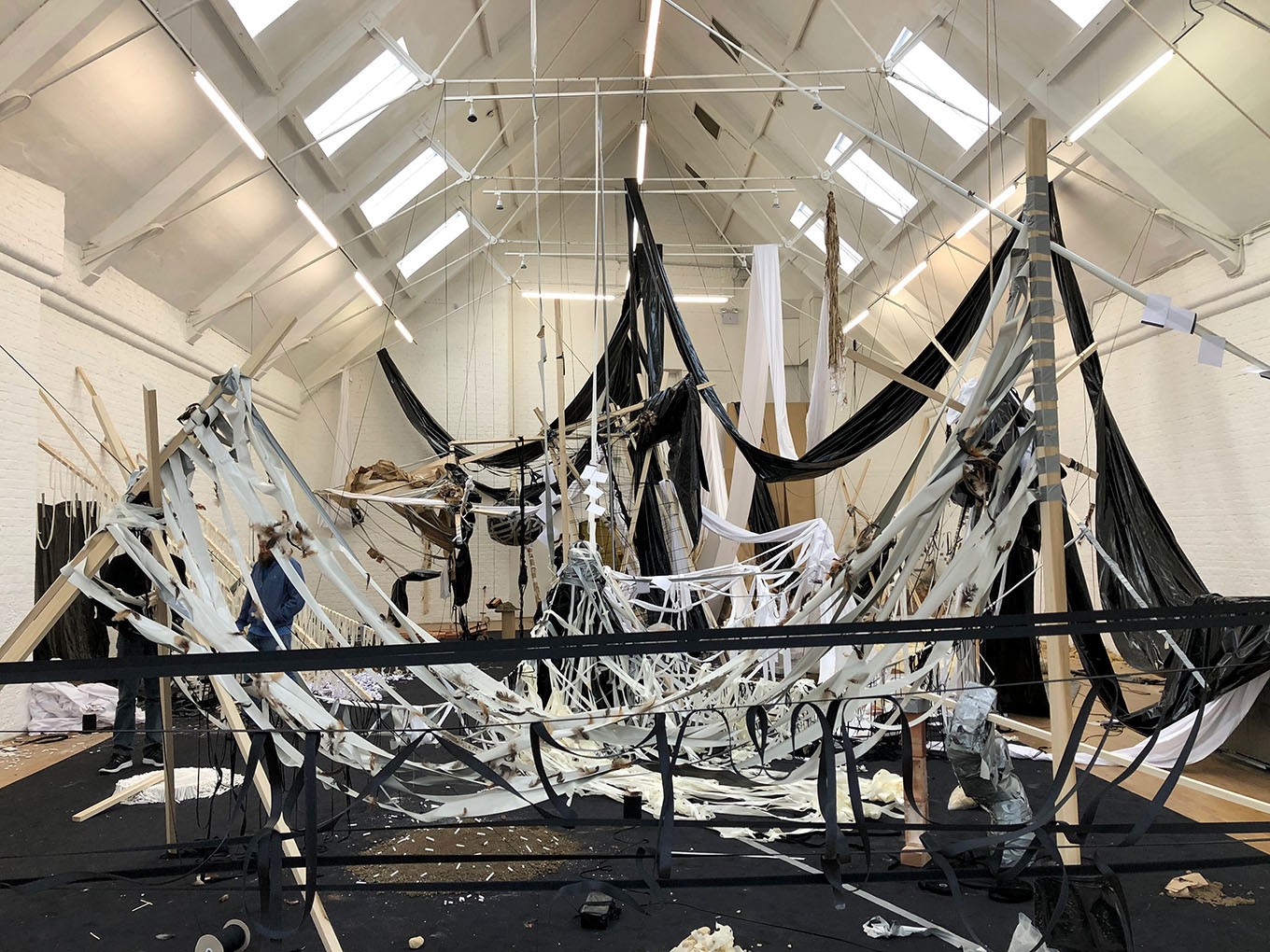 “Marcelle is known for her powerful installations, performances, and videos, which question notions of social inequality and hierarchy, and explore themes of occupation, labour, materiality and the environment.

The Family in Disorder (2018) is a new installation commissioned by Modern Art Oxford, comprising two site-responsive and strikingly different structures across separate galleries, which together produce a mirror image of chaos and order.

Having meticulously built two identical barrier-like structures, each made using equal quantities of natural and industrial materials including brick, chalk, cotton and soil, Marcelle invited six local artists and technicians to destabilise, destroy, and rebuild one of the structures. The process was undertaken over the course of a week, during which time no one other than the invited artists were permitted to enter the space, including Marcelle herself. Destabilising the expectation of creative authorship in favour of collective decision-making, the result is a playful, dramatic and totally unexpected intervention.” 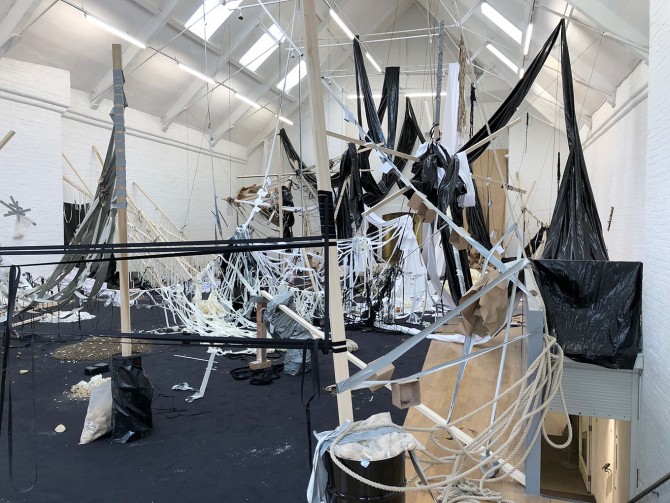 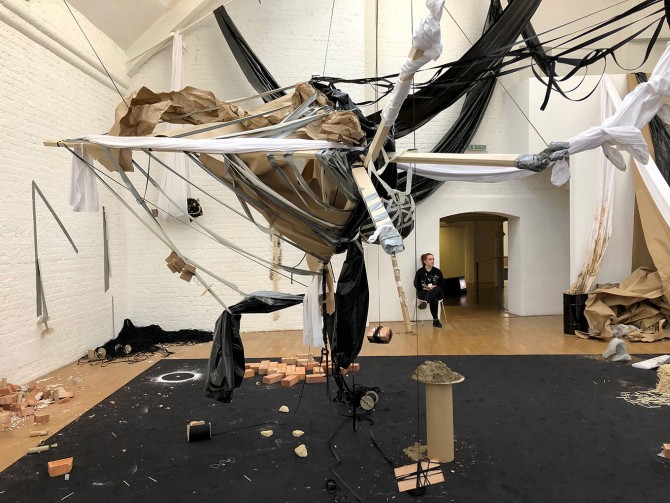 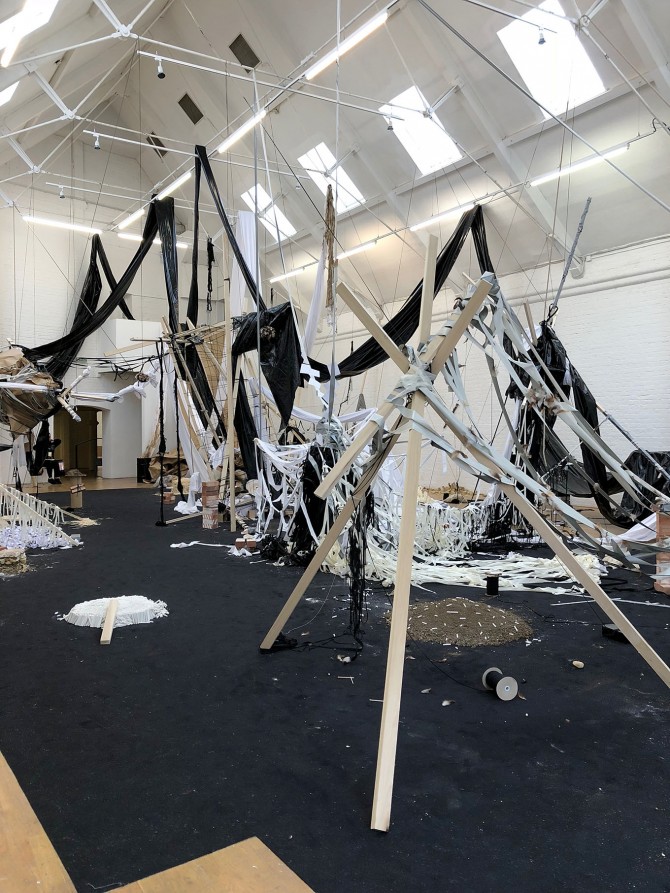 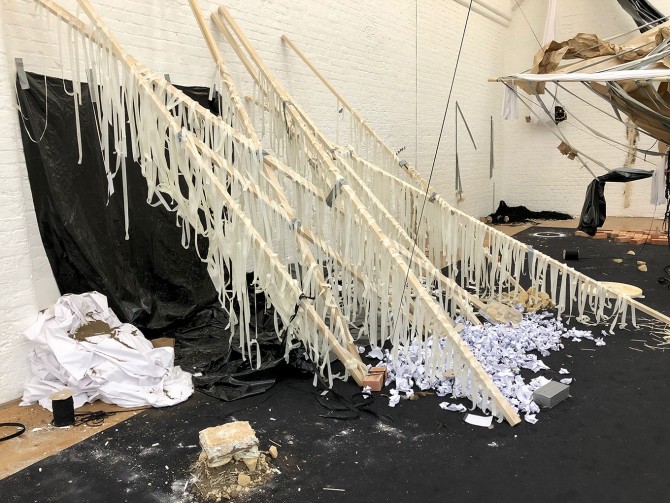 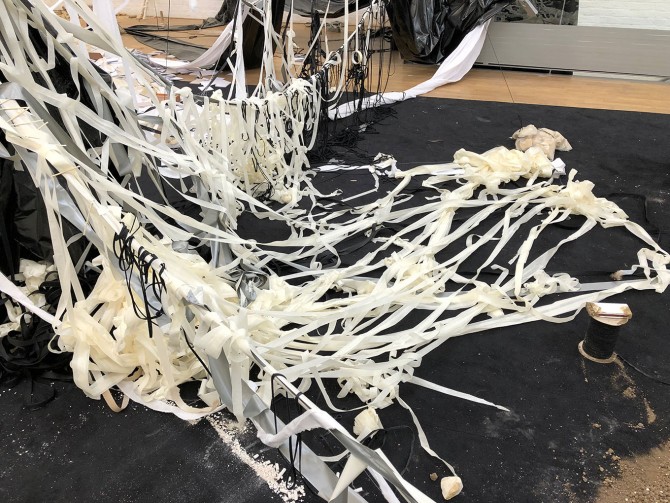 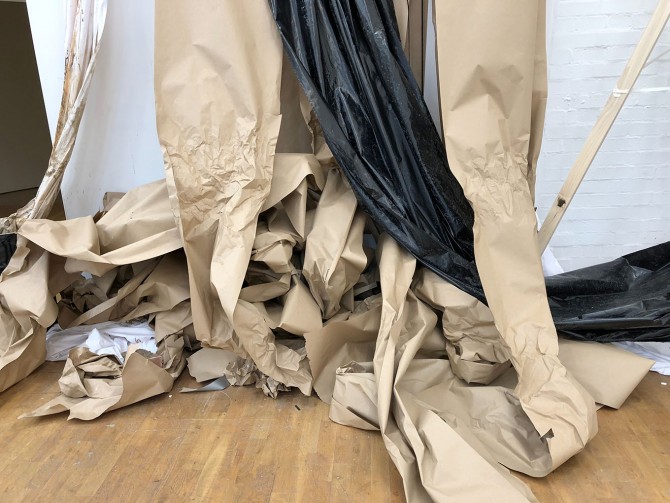 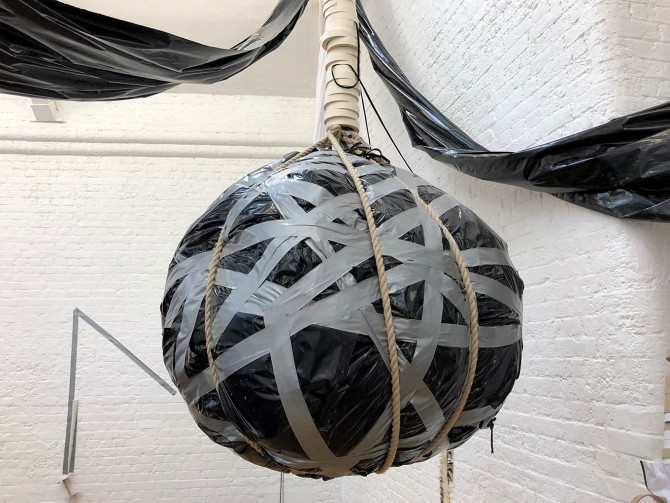 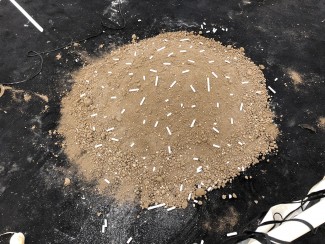 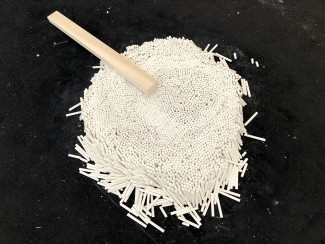 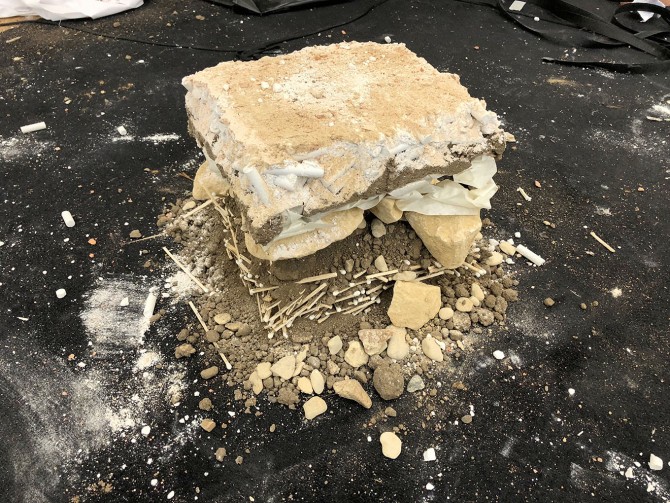 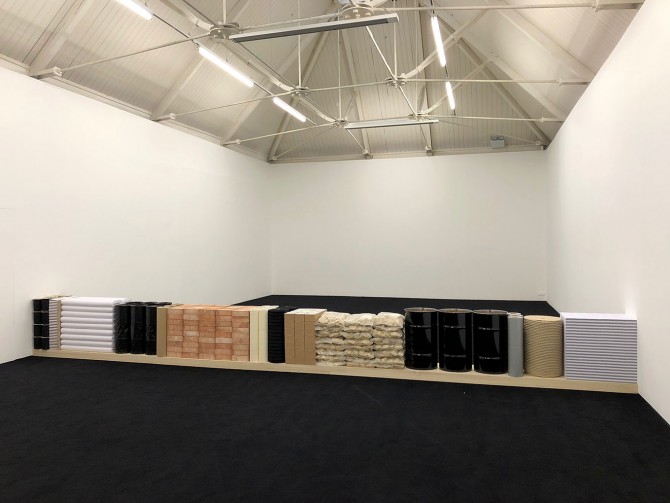 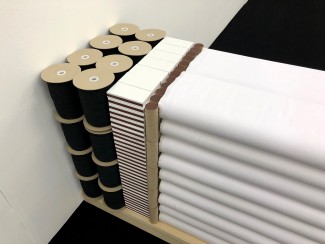 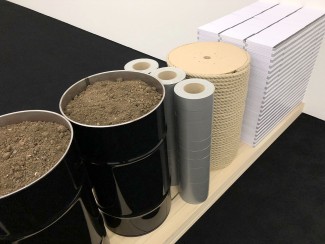