Police raided it at midnight, we saw them gathering in the town… made BBC NEWS 24. I went for a look this morning and spoke to a couple from Norfolk who said the Police were very heavy handed. Got to expect the Police if you hijack someone’s field for a party. This is Ziggy and his girlfriend who were just crawling out of their van as I arrived …

… here they are being interviewed by Police in The Guardian

Everyone was very pleasant, mostly still pissed but nice with it. Rave’s don’t appear to have moved on much in the last 15 years. Lots of old school crusties with army surplus, dreads and dogs on strings. A few clubby types and groups of chavs. Looked like they’d had a good time. Plenty of interesting looking people to photograph but it’s not easy approaching groups of stoned kids. Some of the older veterans looked a bit agro, they probably weren’t.

This van’s great but there’s nothing new here. This photo could have been taken 15 years ago. They were even playing the same music, the Prodigy’s “Music for the Jilted Generation” from 1994. 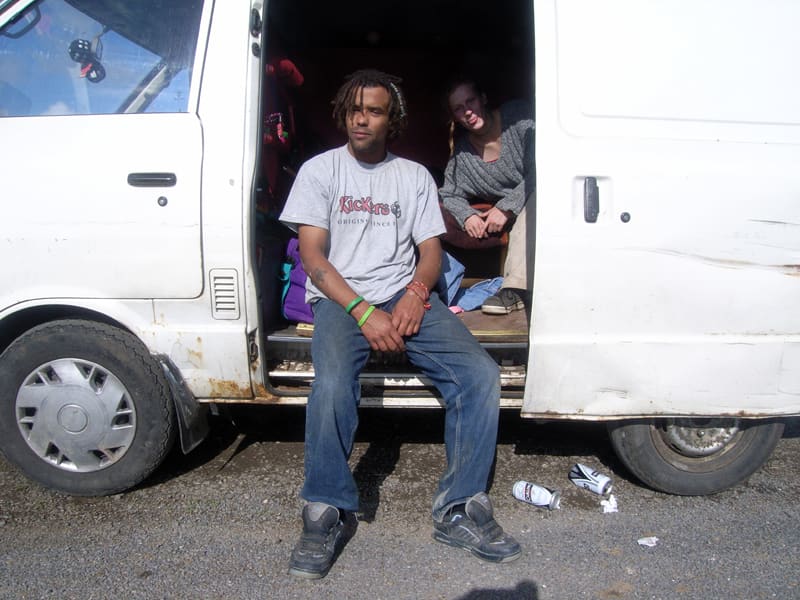 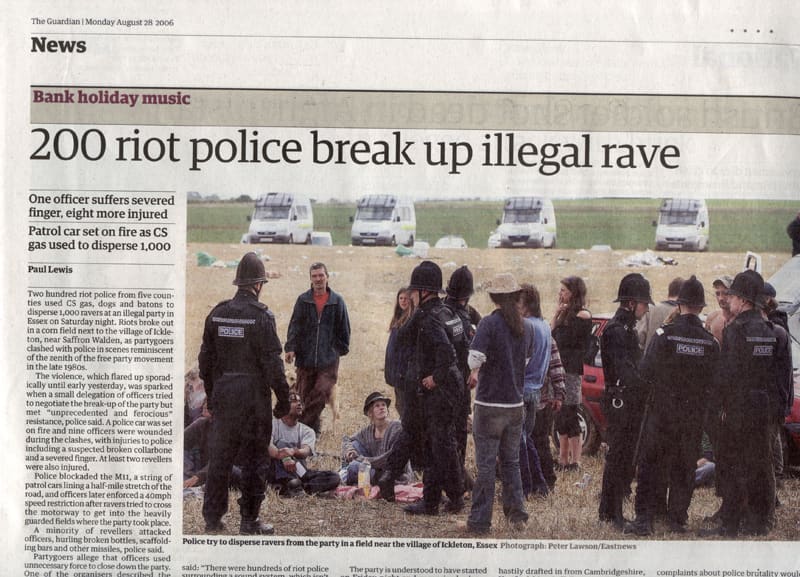 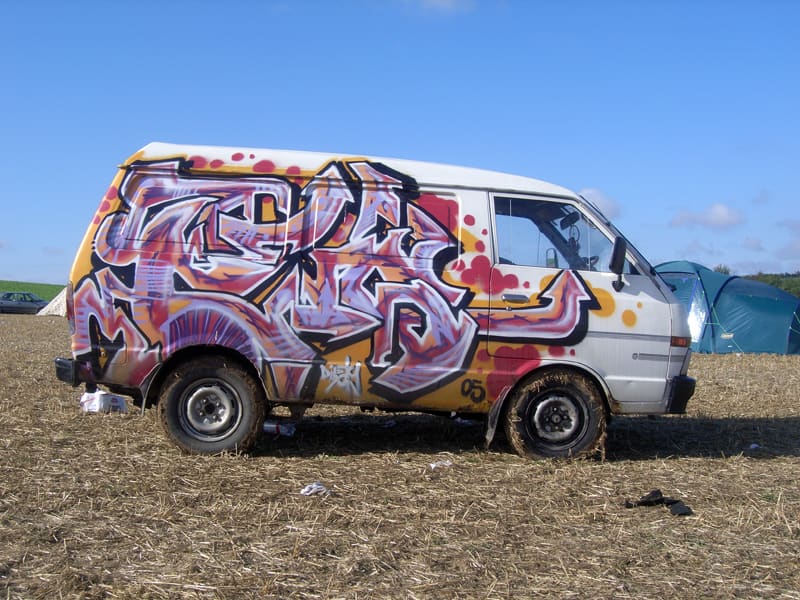 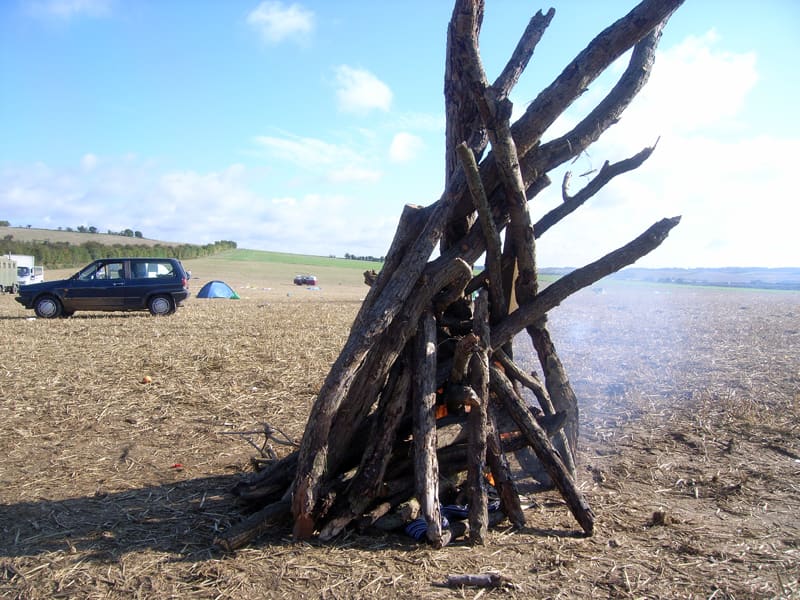