…given that everything I’m working on now, and have worked on since Feb ’05, has been inspired by this graphic idea, I think it’s time to acknowledged the man whose ransom letter graphics have become short-hand for anti-whatever. I’d like to point out that unlike most lazy bastard designers who see an idea and copy it, we’ve taken the idea of deconstruction and reassembly and worked a language out of that. Yes there’s cut-up type for the hard of thinking but there’s a lot more besides. This is a photocopy by Jamie Reid I bought a few months back. It’s from a bunch of tests he did for “the Great Rock’n roll Swindle.”

WORK: Venue graphics, folder, stationery and POS. It’s been bastard hard work for a lot of people but I’m getting excited… I think it’s going to be wicked. 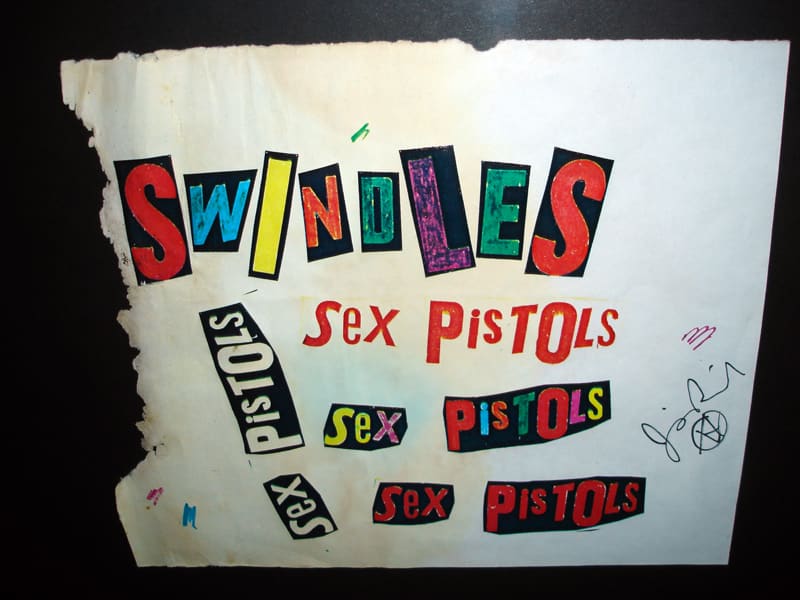