First visit to Aid & Abet an artist run gallery space in Cambridge. ROAM is a group show by Roam Collective – Will Clifford, Sarah Evans, Bettina Furnée, Catherine Hemelryk, Hayley Lock, Rachel Oxley and Caroline Wright. The artist’s works are responses to the geography and folklore of East Anglia. Rachel Oxley walked from Cambridge to Felixstowe and documented the journey on a blog. Hayley Lock’s film Blue Light was shot at Cromer Hall where Conan Doyle stayed and first heard the legend of Black Shuck – his inspiration for The Hound of the Baskervilles. Caroline Wright has documented a series of remote shelters and Bettina Furnée created a series of films of her fellow artists in locations where they “feel at home in a professional sense.”

The gallery itself is a series of large railway workshop spaces. It feels like an art college studio, rather than a precious, hands-off white cube. Artist work on their own projects – not preciously or privately but collaboratively allowing for discussion and cross-fertilisation of ideas. The exhibits are often works in progress and the artists are in the gallery developing their projects… some of them… some of the time… so just like art school. The show runs until October 6th – visiting info > aidandabet.co.uk.

Also on show is Supercomputer – a 20x 8x 8ft three dimensional drawing in thread. ‘supercomputer is a digital computer built from simple mechanical switches and powered by the flow of ball bearings acting under the force of gravity. Its 8 bit architecture is designed to calculate cellular automata at the rate of one a day. Cycling through the different permutations of its rules and initial states, it will take over 179 years to exhaust all possible combinations. The myriad patterns of the computer’s output will be used to play pitched percussive instruments of a bell like nature, in effect turning it into a composing calculator, while at the same time using the musical output to sonify its process.’
More info on Supercomputer. 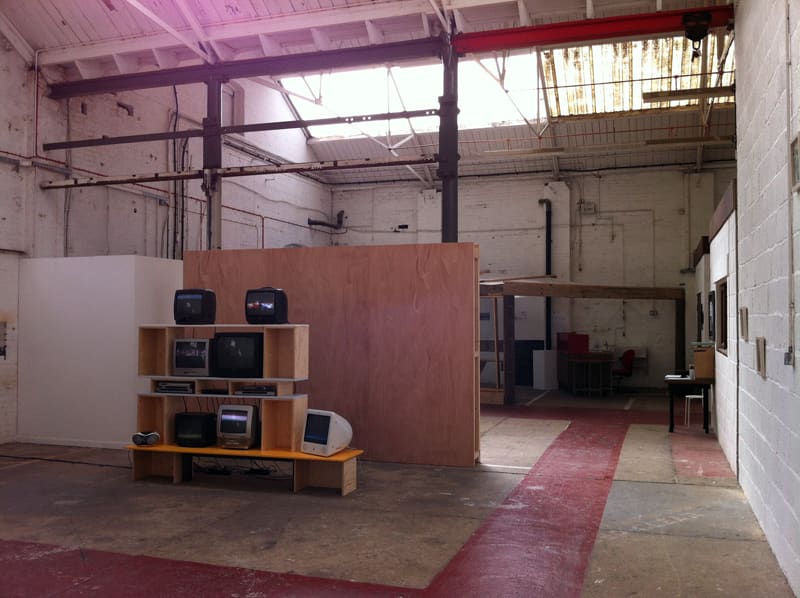 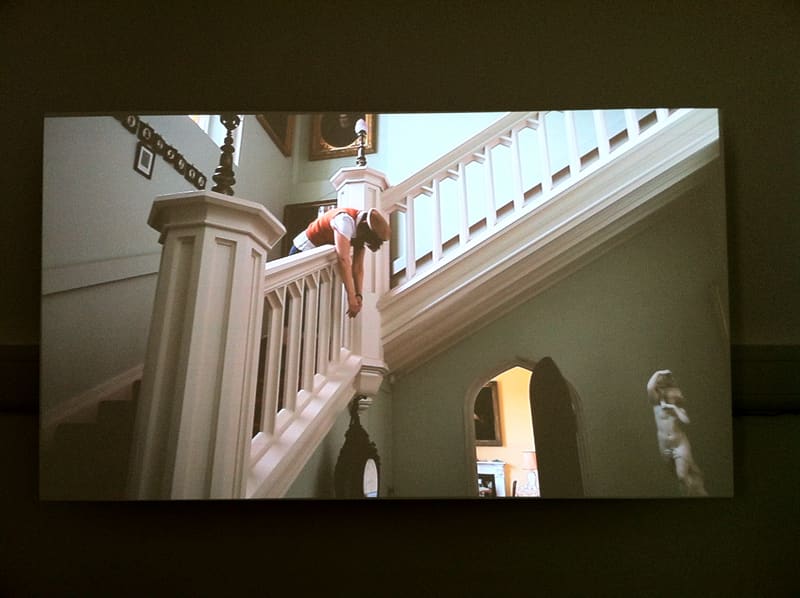 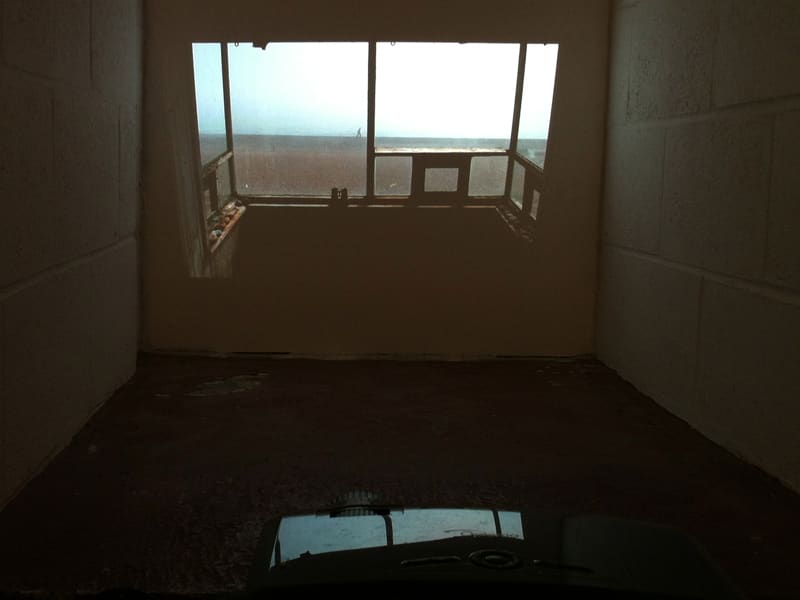 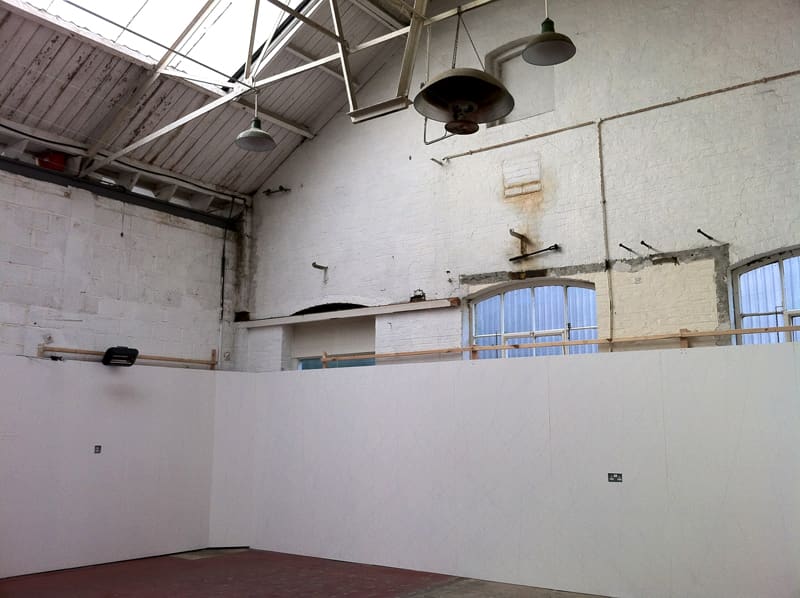 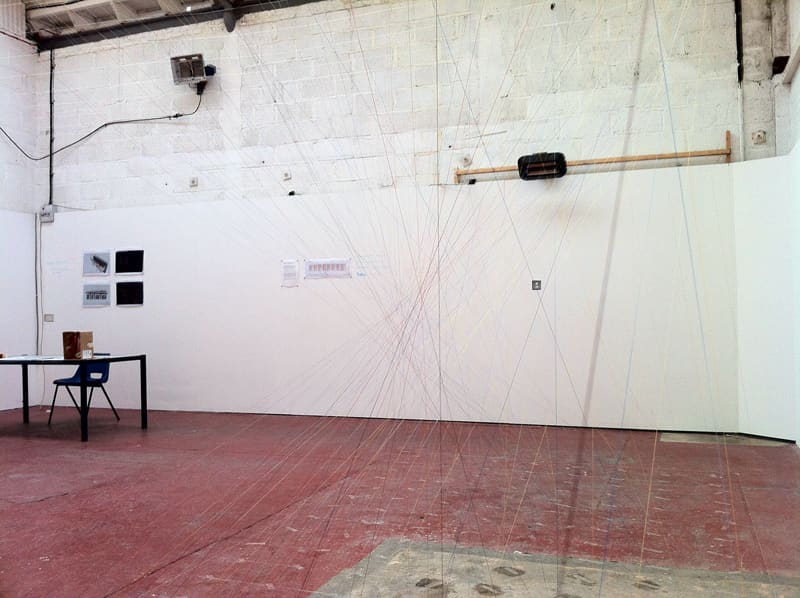