Earlier this year Wallpaper* magazine gave Reebok a design award for their ZigTech trainer – a new shoe with a distinctive graphic zig-zag sole that transfers energy back to the wearer. This lead to the curation of a show in which designers, architects and artists were invited to create works inspired by Reebok’s ZigTech, Toning and Flex technologies. The event was held at 1508 gallery space in Howick Place. A carefully curated show with modest use of the Reebok brand – a simple graphic wall, product display area and well put together press-pack including a booklet explaining the projects/artists involved complete with USB key of product and artwork images. The show ran for a mere two hours and was dismantled by 11pm.

My favourite piece of the show was a ceiling of hanging dried couch grasses being wafted by a series of motion sensitive fans. Alex Griffin: “The noise of the fans add a sense of reeds blowing in the wind, to create an ambience that is more natural than mechanical, which perhaps suggests the sensations experienced when running outdoors”.

Concept for futuristic running experience where the energy created by runner on a track is used to power an intelligent shoe sole that adjusts to the wearer’s running style and anatomical needs. 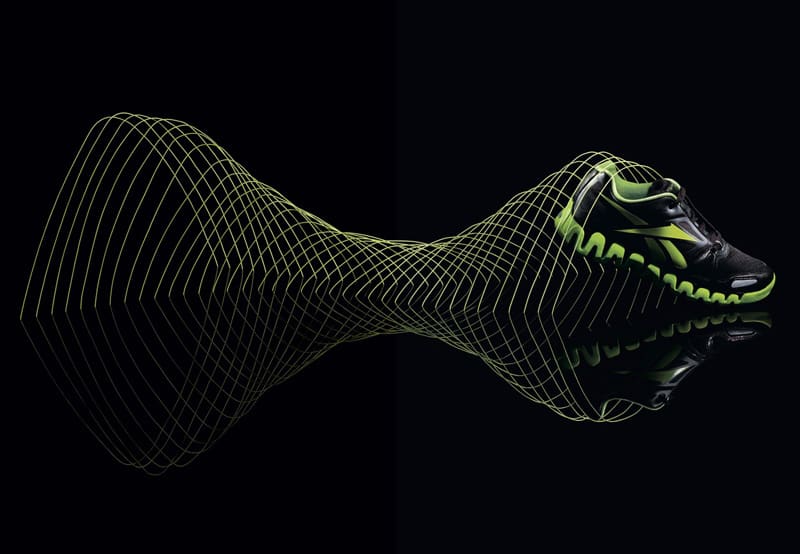 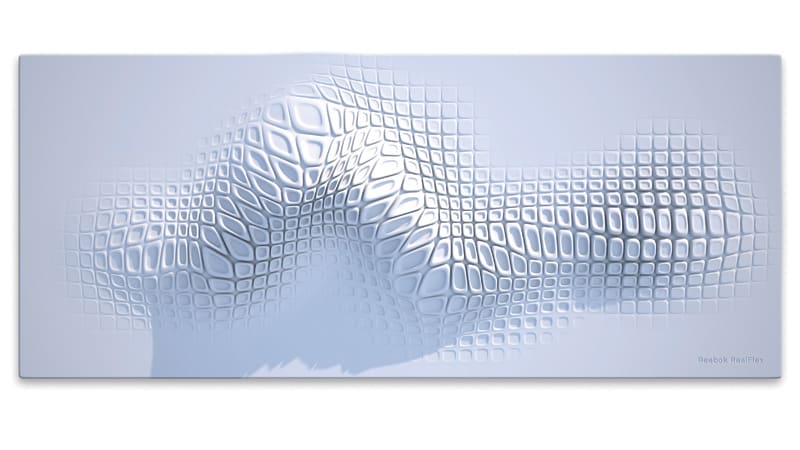 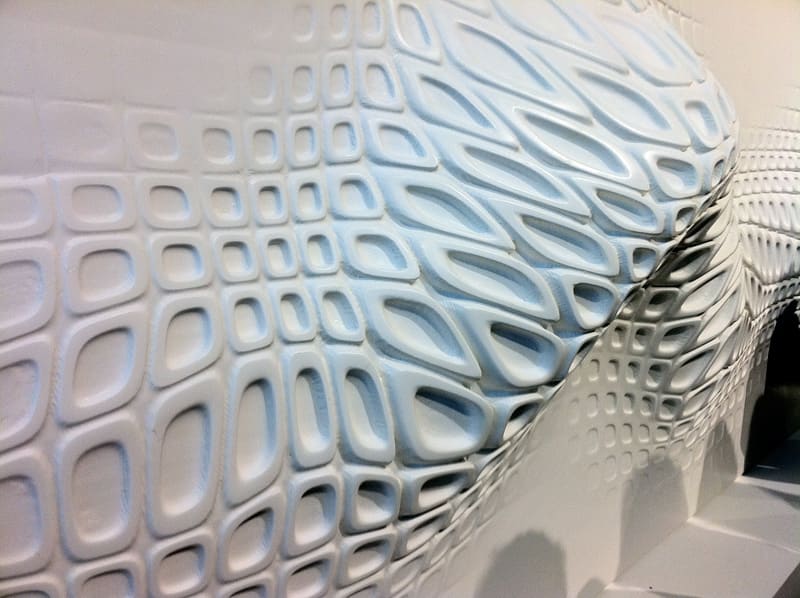 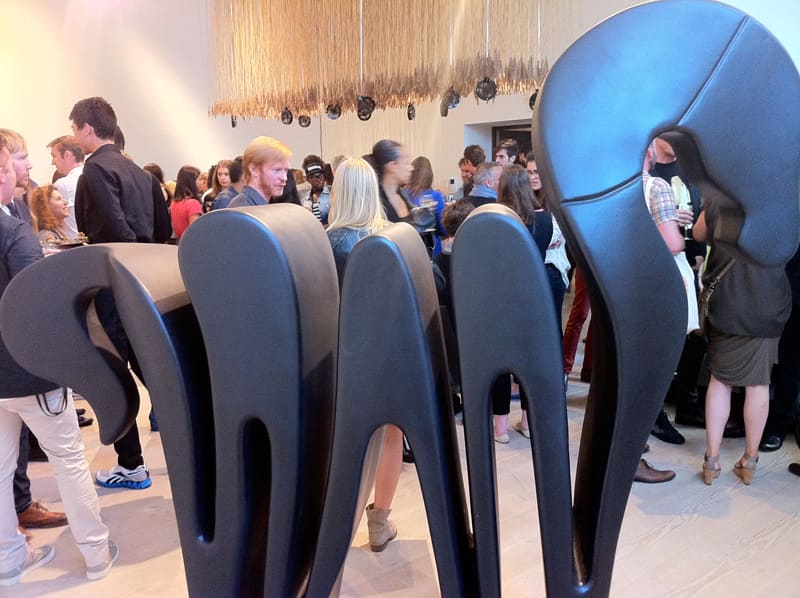 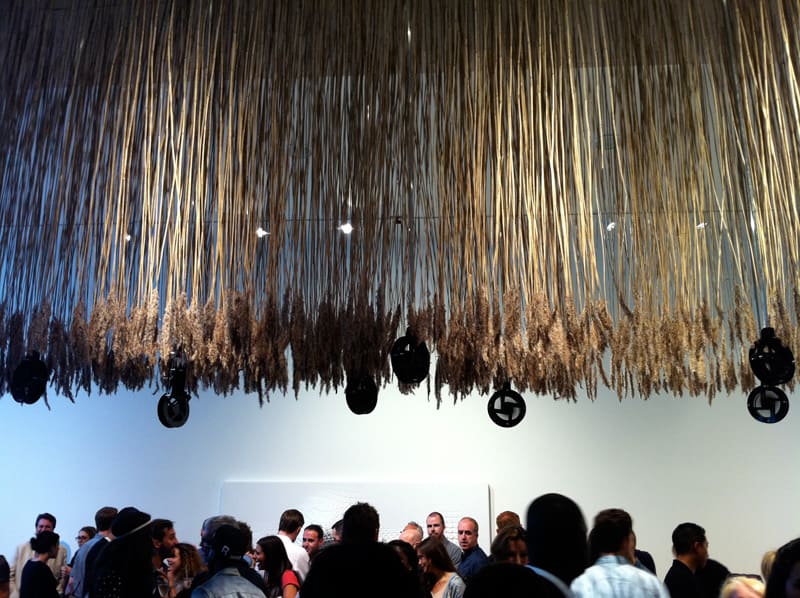 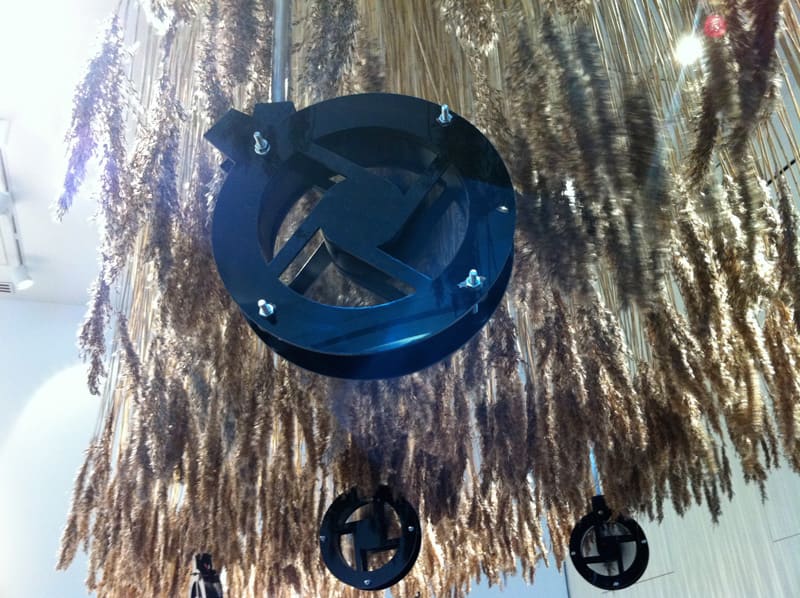 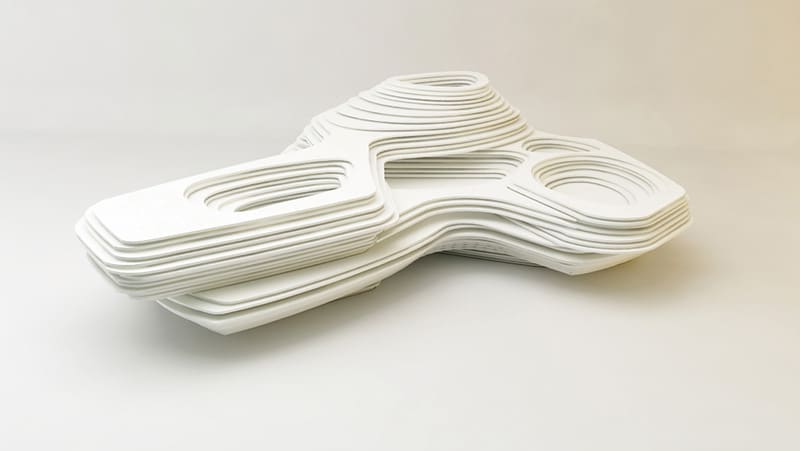 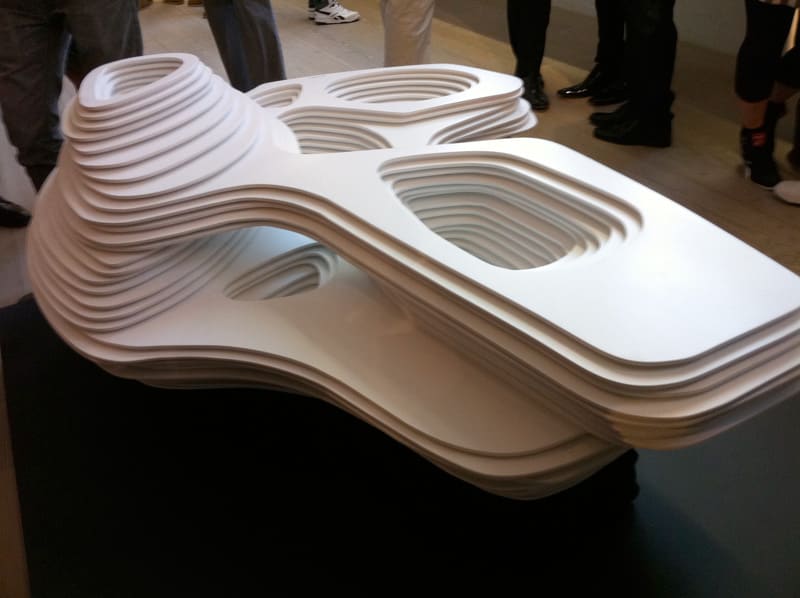 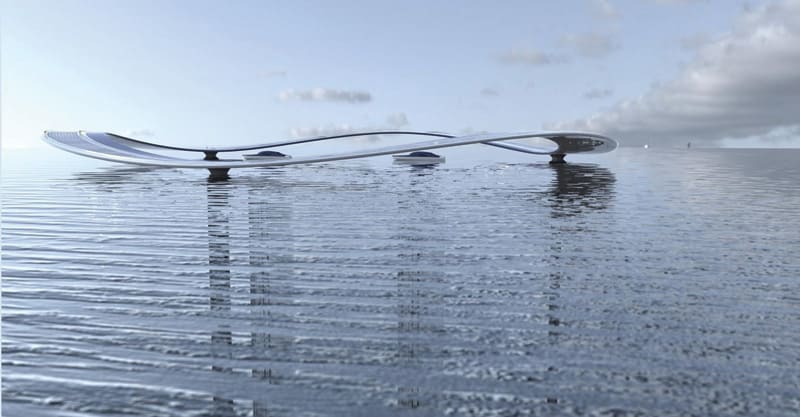