We’re back from a week in Calla Ferrera, Mallorca, where we did nothing very much. Laid in the sun. Swam in a pool or in the sea. Ate and drank. I read quite a bit which I mention because it doesn’t happen very often. I read Ernest Hemingway’s “Fiesta” (The Sun Also Rises), a collection of his short stories, and chapters from “A Farewell to Arms”, “To Have And Have Not”, “For Whom The Bell Tolls” and “Death In The Afternoon”.

Hemingway’s Spain is, of course, very different to my Mallorca. But reading his accounts it is too tempting to make comparisons and look for similarities. So I’m trying the language, searching out local food in family run restaurants… looking for the “real” Spain. I know I’m not getting it but I can pretend I’m getting to the truth of the place and not a tourist version… I know the culture is ireparably contaminated especially compared to Hemingway’s account.

For example, the television in our apartment showed only German channels. A visit to the local SPAR supermarket reveals a diverse Euro-brand mix… with our lunch time chorizo and Serrano ham we eat Swiss cheese, Danish butter, Greek olives, and drink Lipton ice-tea and Nescafé instant coffee… its just like home. But happily there is also authentically local Mallorcan fruit and veg – short fat yellowing nobbly cucumbers and big fat ripe tomatoes with scarred skins. Crisps are crisps n’est ce pas? But I want the ones in the foreign packaging that i’ve never seen before although they taste just the same a the ones at home. I want Spanish beer and local vino rosso…

Hemingway describes his meals in great detail. On his journey to the fiesta in Pamplona he’s taught how to drink wine from upturned leather sacs by Basque peasants in an open top horse drawn bus. He eats fried fish, shrimps, hard-boiled eggs, stews, soups, wild strawberries. He drinks beer, rosé wine and Fundador brandy. By comparison, we eat in family friendly restaurants, watch football on their massive flat-screen TVs, choose from kiddy menus serving chicken nuggets, frozen pizzas and ice-cream in plastic elephants. I don’t mind this at all – i’m quite happy with fast food and plastic animals especially if it keeps Felix quiet. Only it’s very different to Hemigway’s accounts of the old Spain. My trip involved no punch-ups, no chasing bulls through cobbled streets followed by the ritual of the arena bull fight, no telegram sending, no chauffeurs, no train restaurant cars with tickets for lunch sittings, no perilous political backdrop, no fascists, no communists, no whores, no affairs, no cuckoldry (that I’m aware of). But we did fly on a plane, drove across the island at night in a taxi watching a lightning storm, swam in the clear sea with fish and ate some great food – calamari, alioli, gambas al ajillo, fried padrón peppers, roasted salted almonds, paella, steaks, lamb chops with rosemary and honey, cold beers and bottles of dry rosé and got a bit borracho! 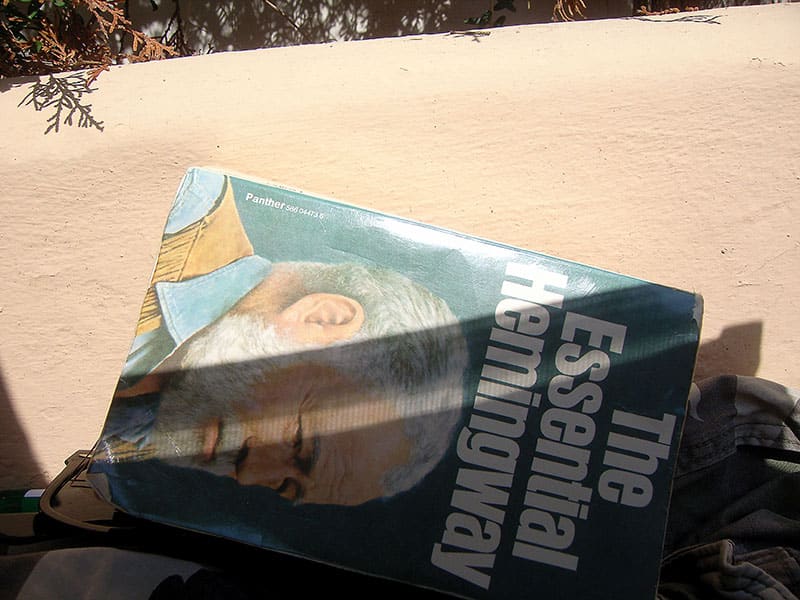 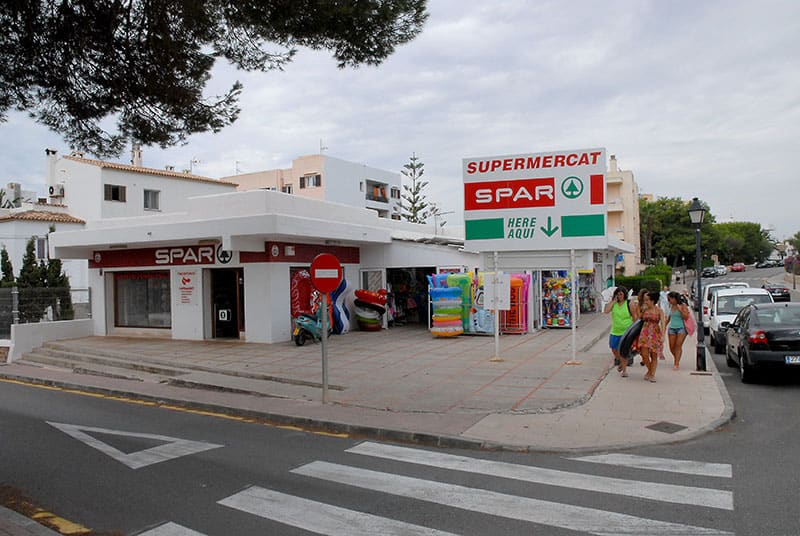 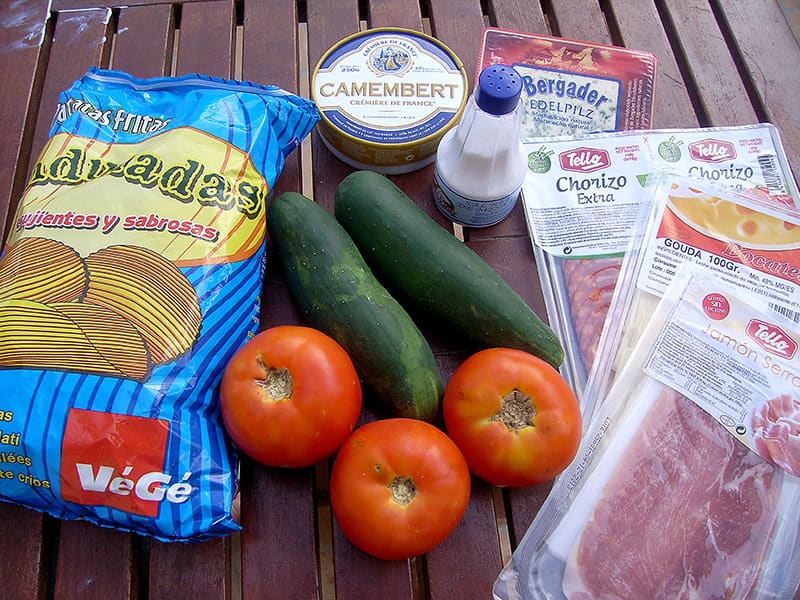 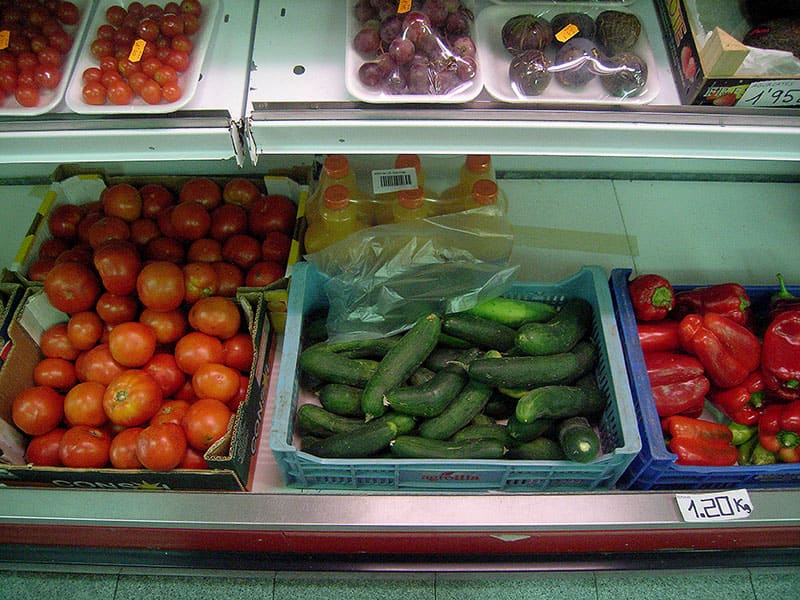 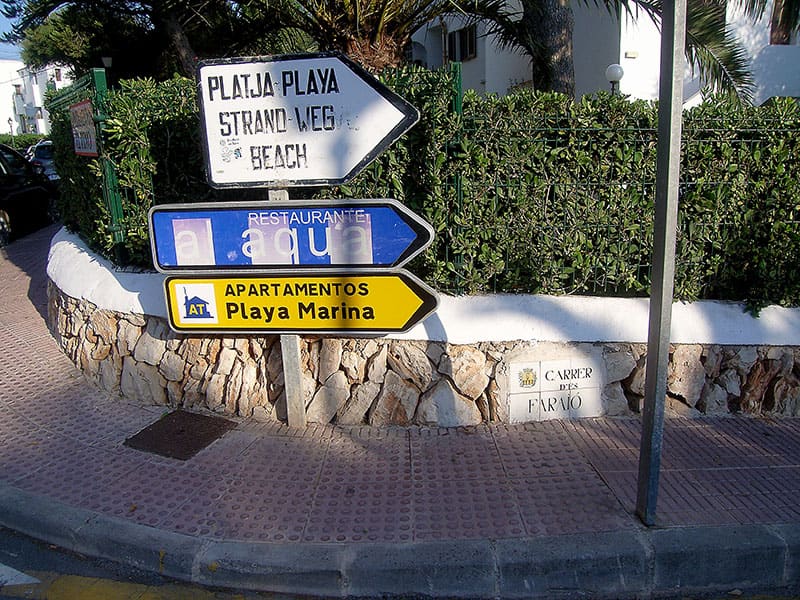 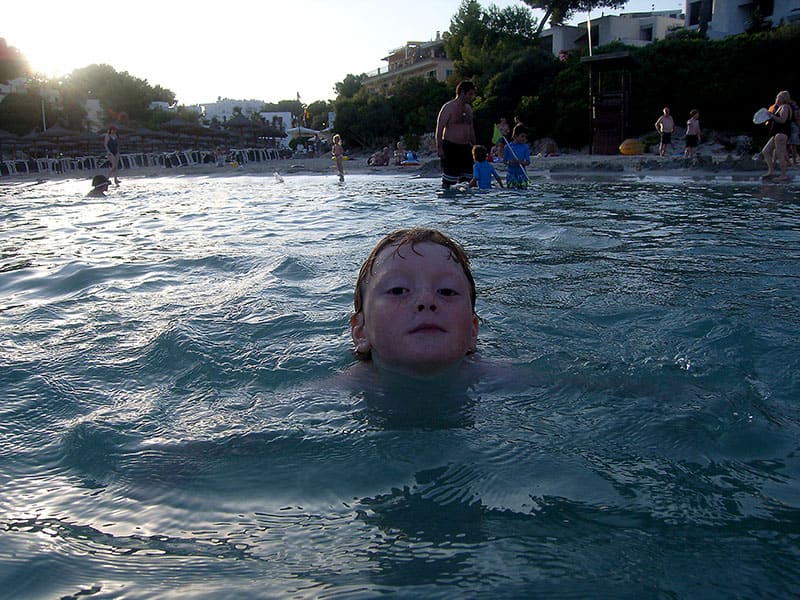 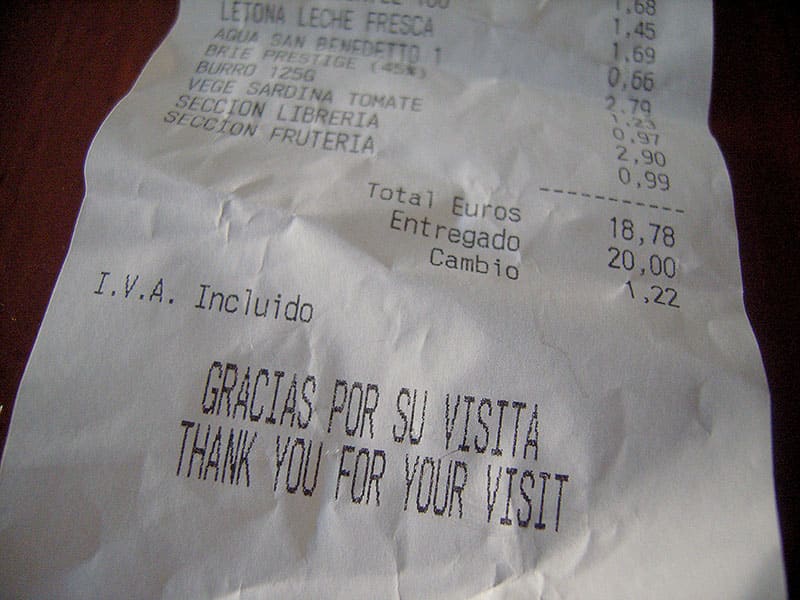