Took myself off for an afternoon at the Henry Moore Foundation. Hoglands, Moore’s home is open to the public now. This is it’s second season. Also the gardens and farmland that Moore bought to display his work in. Also 3 or 4 studios and galleries to display printed textiles and tapestries. Decided to take the guided tour which was great – not too serious. There was only 5 of us including a curator from the Rockefeller Centre.
Reproduced by permission of The Henry Moore Foundation.

Rooms are in a mixture of styles from the mid-60’s to mid-80’s. An extension was added in the 60’s to make a long living room and this is filled with natural history objects like tusks, skulls and fossils, also Pre Columbian art and tribal masks etc. The rest of the house is in a more cluttered country cottage style. He was a bit careful with his money so they bought a lot of furniture at auctions and rarely threw anything away. Nice ceramics and the occasional Rodin sculpture or Degas sketch dotted around the place.

Unusually, visits to the house and grounds are by appointment only. The visitor centre has a good shop and you can get an individual filter coffee for the bargain price of £1.30. The Henry Moore Foundation’s well branded – good web site. Everything from the signage to packaging and name labels have been carefully thought about. Next year Tate Britain is holding a major exhibition.

Couldn’t photograph in the studios. There were 2 near the house, one for photography and another for print making. In the grounds there was a sculpture studio full of tiny maquettes, then another for larger scale versions. Moore started small, then made progressively larger versions. Small castings were made out a foundry in Basingstoke, middle sized ones elsewhere in the UK and the big versions in Berlin.

The garden lead on to farmland that gives more open space. Didn’t get chance to see it all but there’s a big reclining figure on a man made hill that the sun sets behind. Sheep wonder around and shelter under the work.

This piece looked amazing as you enter the field through a wooded footpath and get a panoramic view from a long way back. Moore positioned the work very carefully. It’s not cluttered – sometimes only 1 piece in a massive field.

I need to come back in the summer. When I arrived the light was quite flat and dull. The sun eventually burned it’s way through mid-afternoon giving a hazy light. I imagine it would be quite a different experience with the trees in full leaf and a stronger sunlight. Summer evening’s could be amazing. Bought postcards and new Hoglands book. 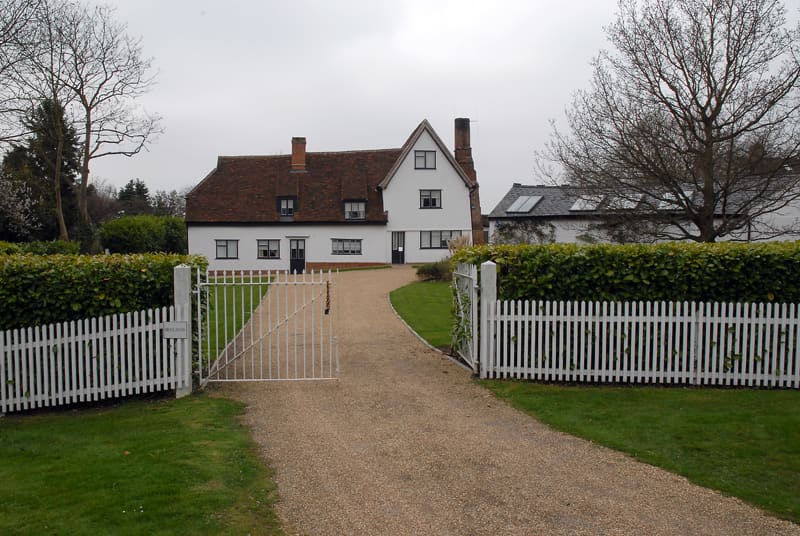 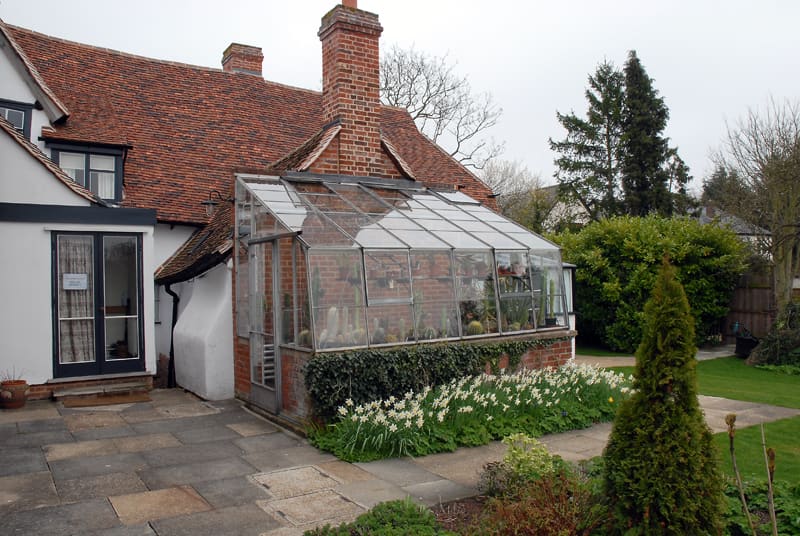 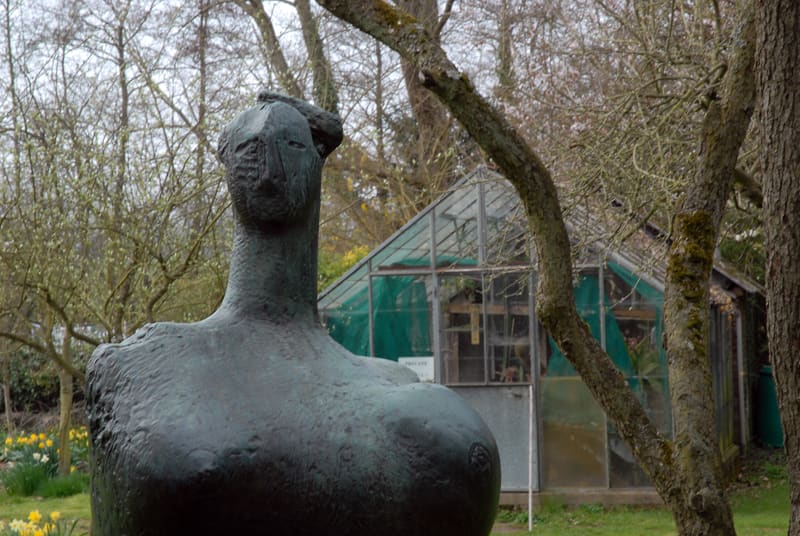 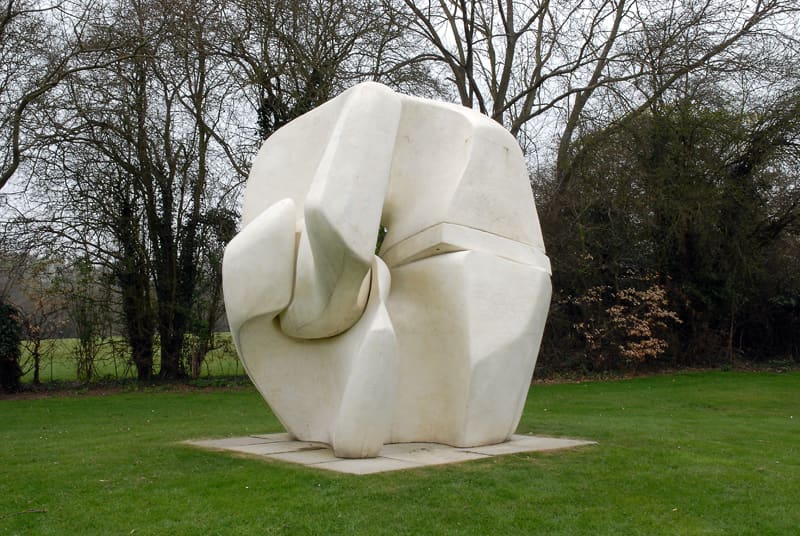 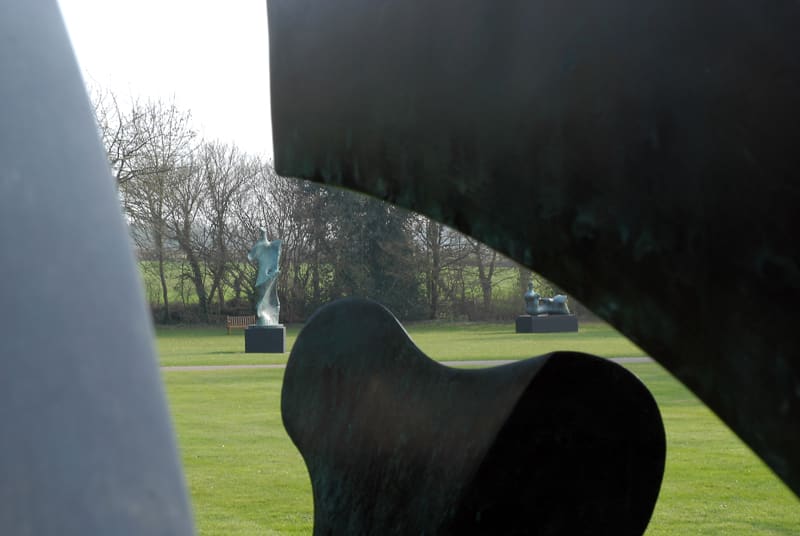 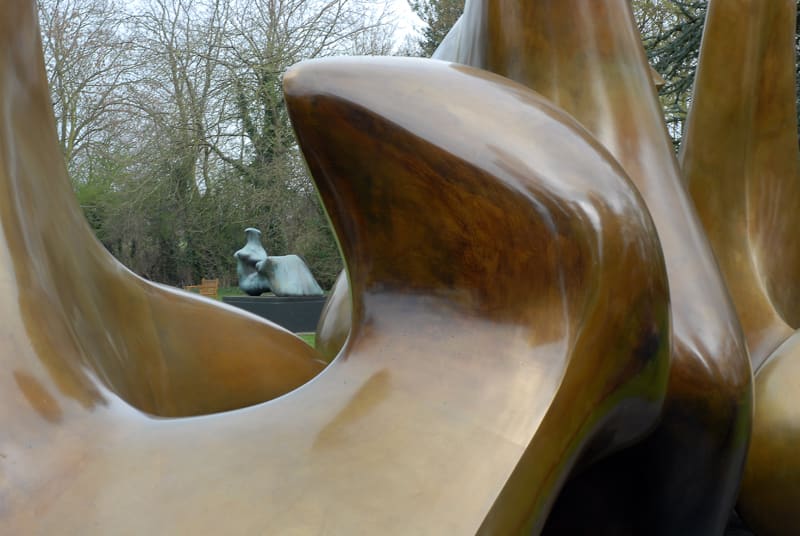 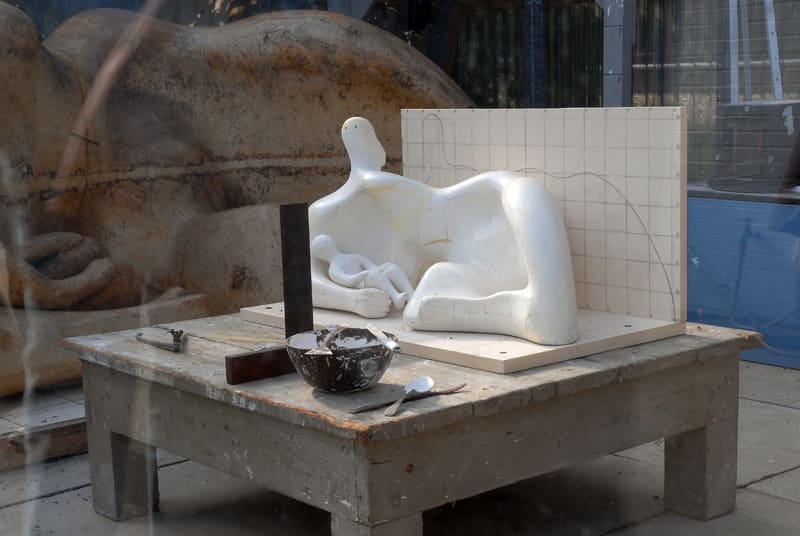 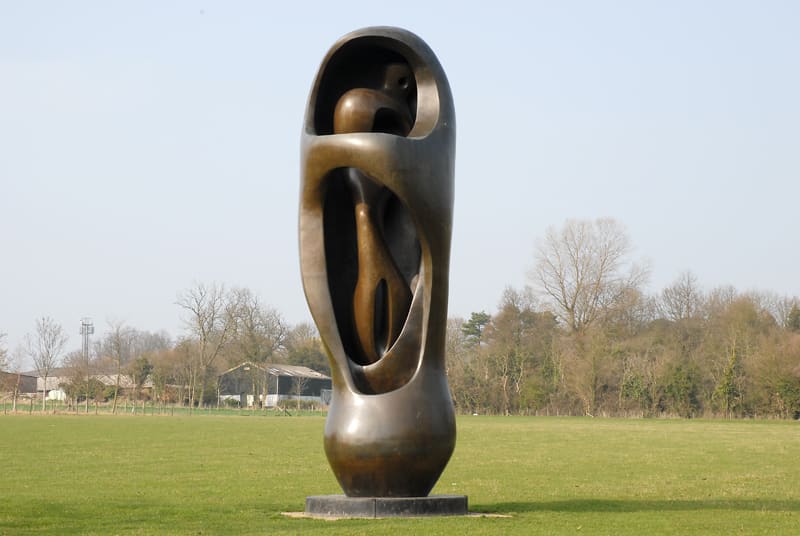 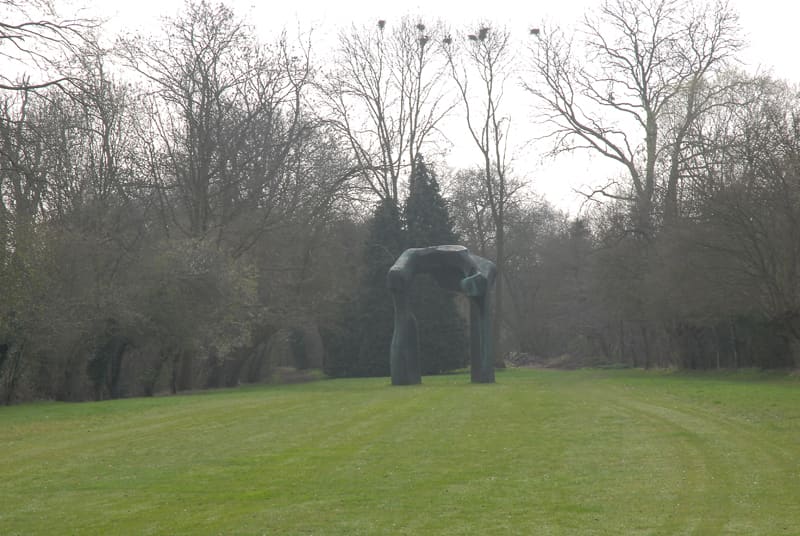 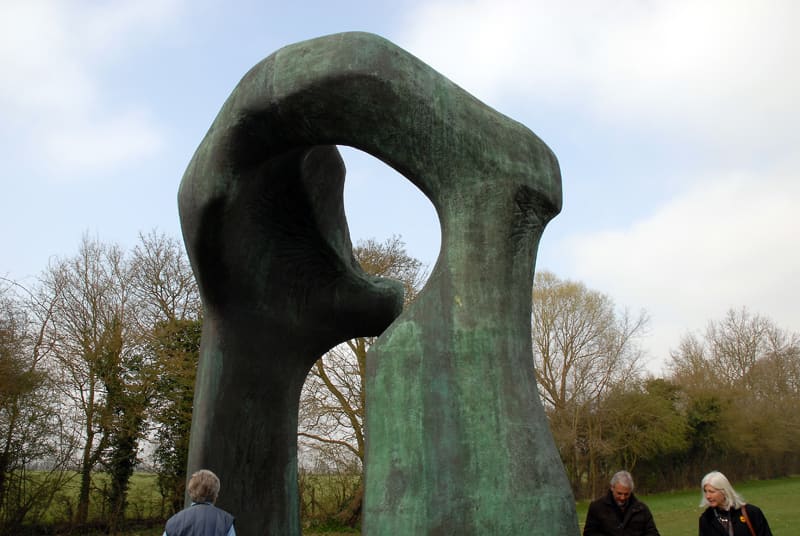