Gee Vaucher’s work has found an immediately enthusiastic and receptive audience since her INTROSPECTIVE show opened at Firstsite in Colchester last week. With prescient “life imitates art” synchronicity, as the US voted Donald Trump to the presidency, Vaucher’s 1989 painting “Oh America”, a head-in-hands Statue of Liberty, inevitably and consequently found its way to the Daily Mirror front page.

The impact of the 70’s punk aesthetic continues to be degraded by un-sympathetic appropriations and corporate tie-ups. Much of Vaucher’s work falls into the punk milieu with stencilled type, newspaper cut-outs, militaristic iconography and lo-fi production techniques. That she was an originator of this style is lost – her work now a part of the generic punk protest language. However, her creativity is much broader and her influence much greater than a mere aesthetic. The power and energy of her work is immediate. But more than that, her practice has evolved and expanded over subsequent decades demonstrating the relevance and potency of her fundamental insights. That she attracts new (post-Punk) audiences, who can have no first-hand understanding of her work in its original social context, shows the power of her message. She demonstrates the potential of creativity to affect real social change and to improve lives. The narrative of her ideas is a positive alternative to the right-wind nationalism of UKIP and Trump. Her design and visual language is the means by which she can persuade and “sell” the alternative. A visual language which incorporates any and all creative channels, communicated with passion, intelligence and humour.

As the disenchanted, angry and desperate continue to retrench into the comfort of an old world order that never was, Vaucher offers an alternative set of values. Protest over submission and hope over fear.

Voucher works from Dial House, a 17th century farmhouse near Epping – a self sufficient anarcho-pacifist open-house and creative hub. She publishes books and zines through her own Exitstencil Press. The show runs at Firstsite in Colchester until 19th February 2017. 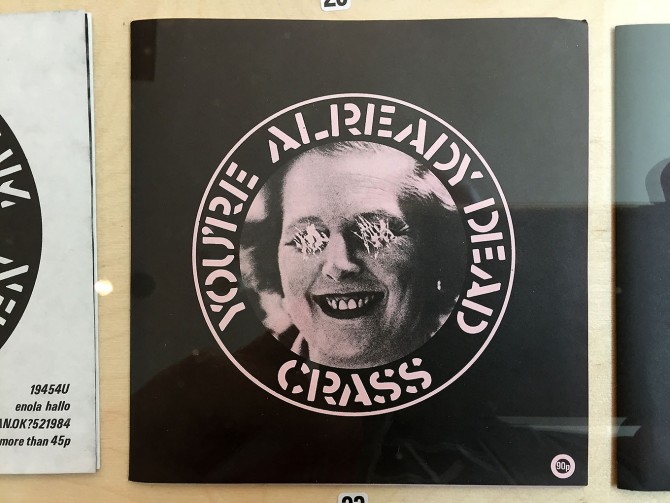 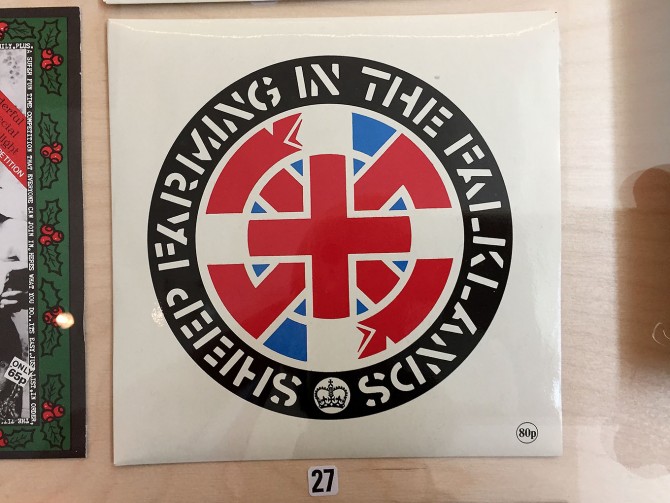 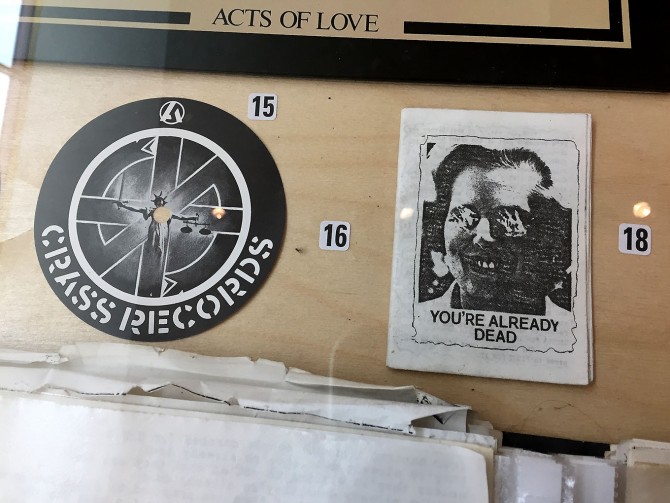 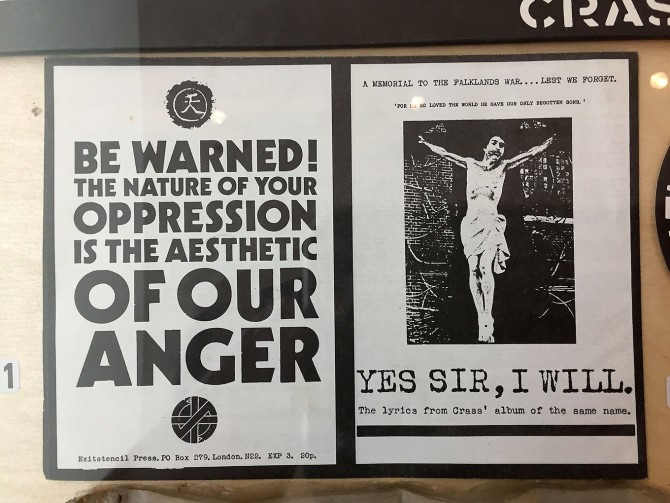 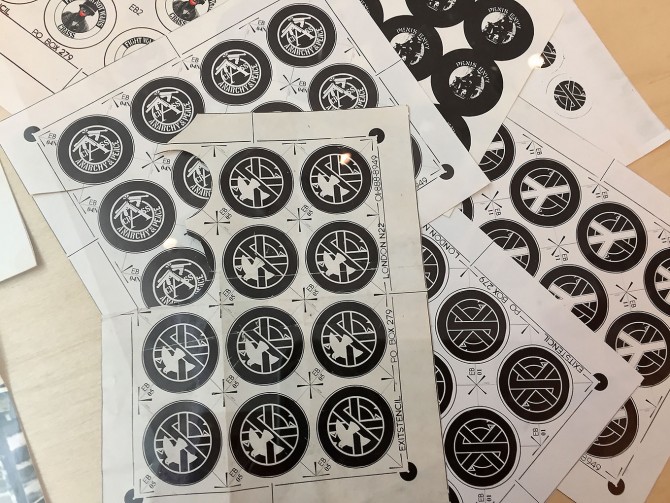 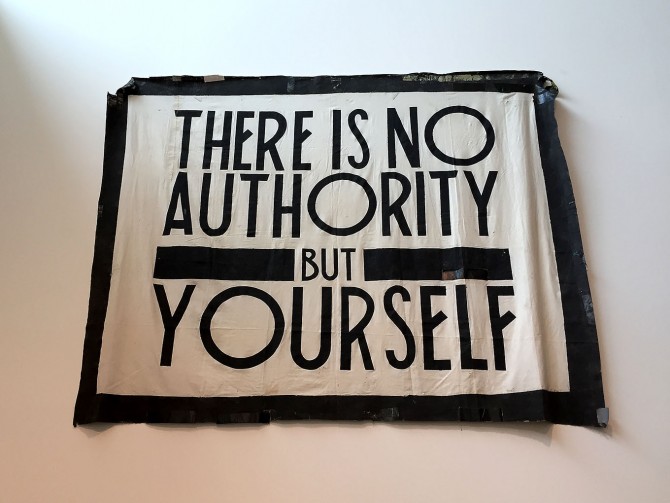 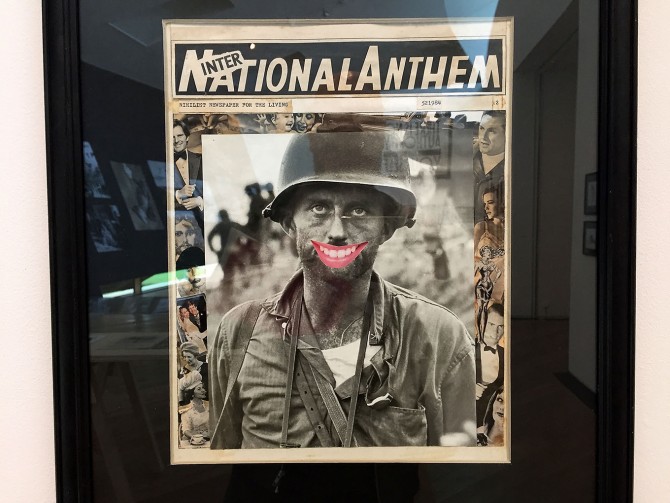 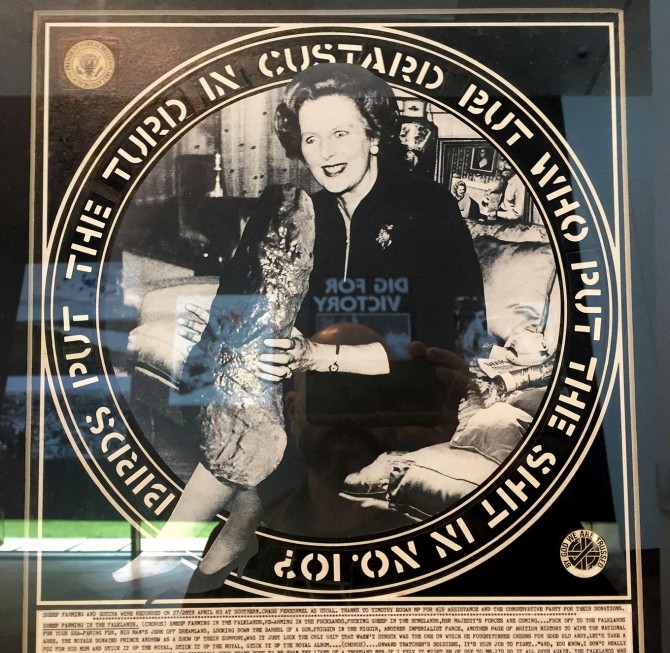 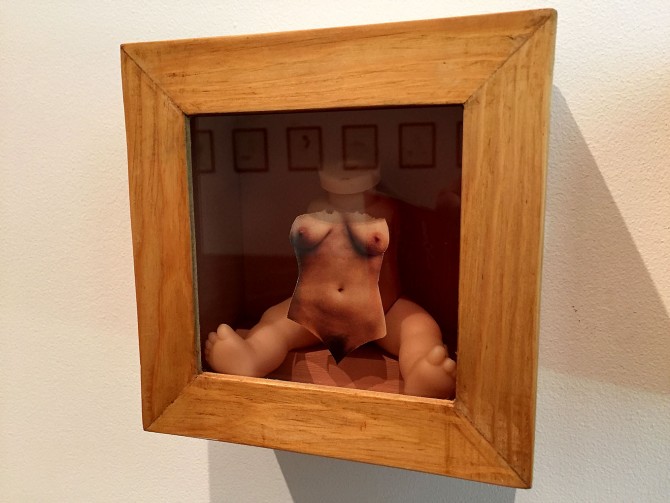 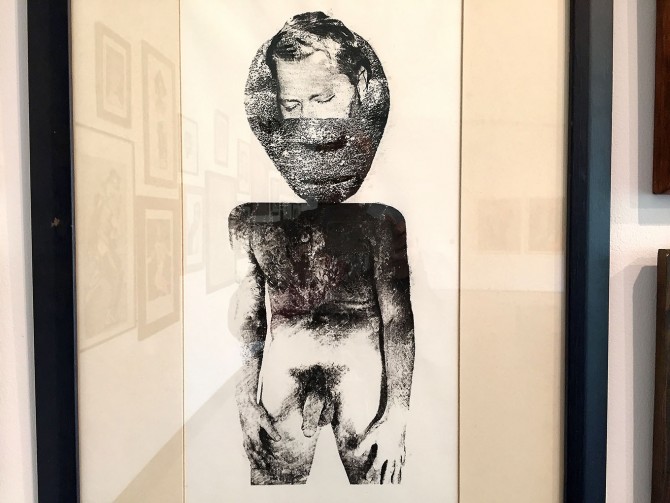 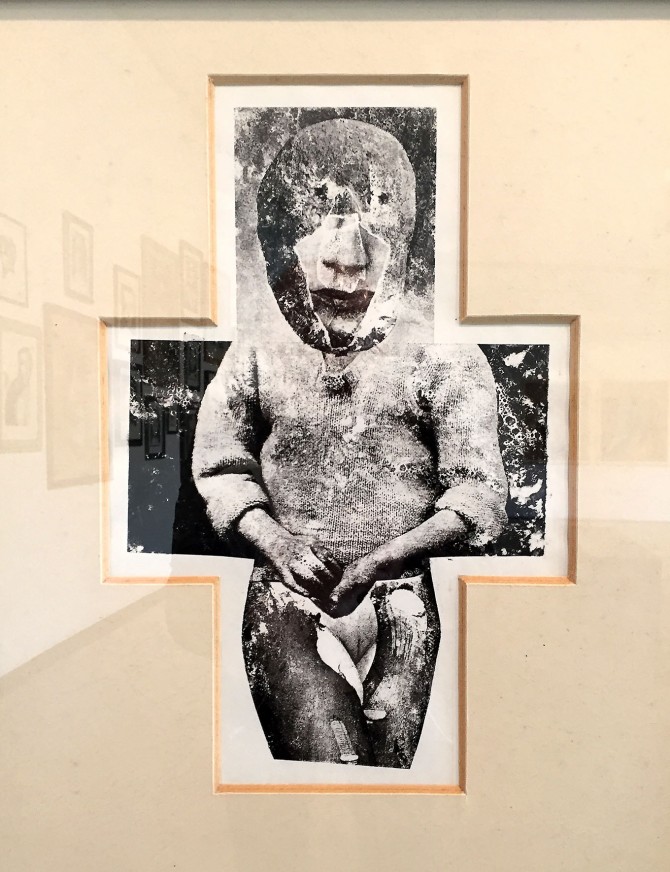 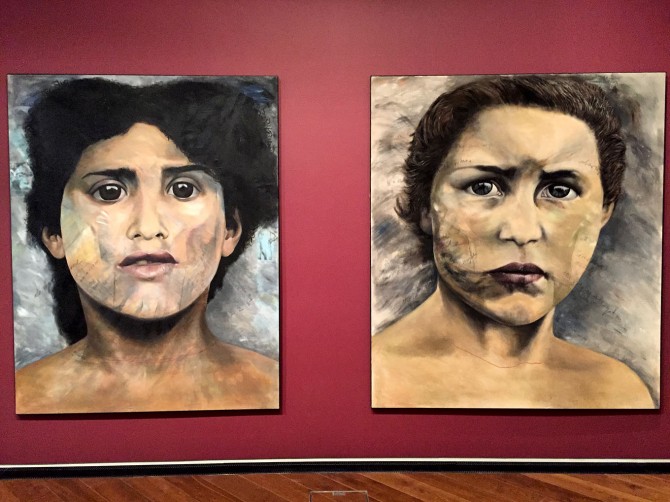 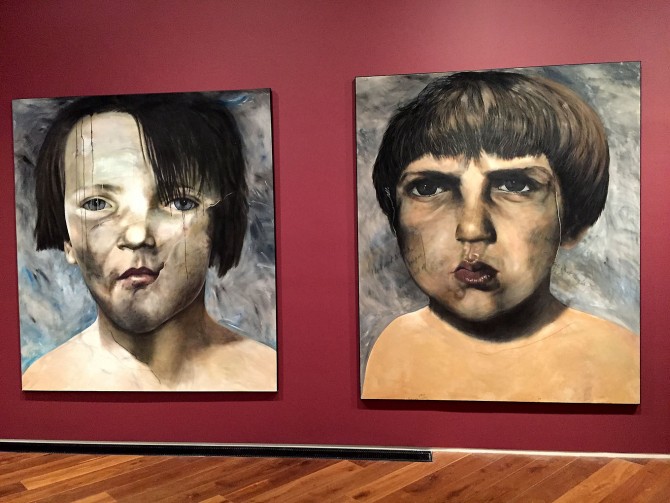 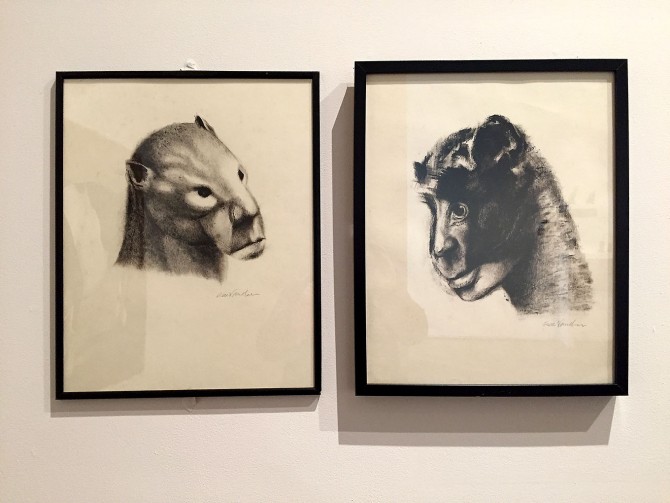 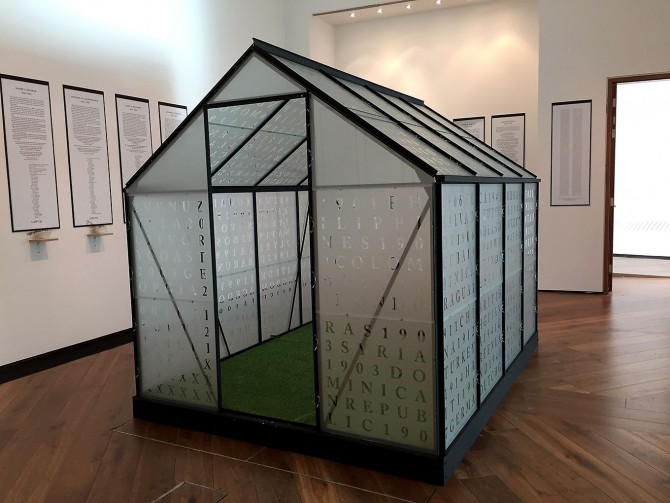 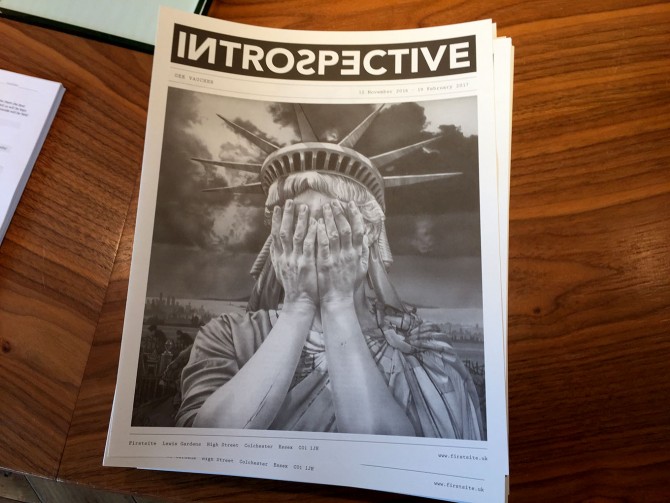 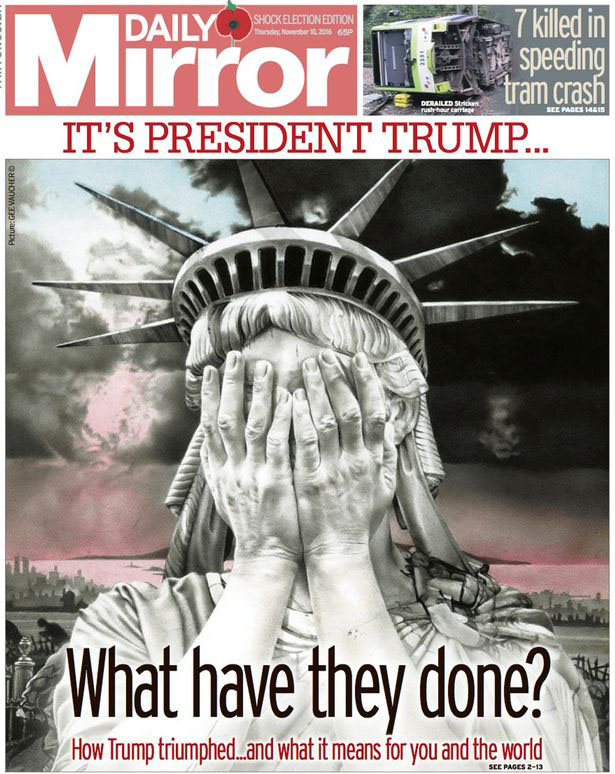 After working as illustrator in UK moves to New York in 1977. As deadlines tighten Vaucher introduces elements of collage into her gouache work. She covered the changing city, with a series of photographs and sound recordings as NY went thru process of gentrification. While in NY Vaucher began to produce International Anthem, often collaborating with Rimbaud, taking found materials and subverting the original meanings through combinations and contexts – early iteration of Crass aesthetic.

Animal Rites: sculptures, collages, paintings and writing comments on the human-animal relationship and the contradictory animal-consumption vs animal-friend dichotomy. Published as a book thru Vaucher’s Exitstencil Press – a reaction to disengagement with conventional art world and gallery system. Preferring the direct to market/public approach offered by self publishing.