Orozko works in New York, Mexico and Paris. Like Susan Hiller, he uses a variety of medium and collects objects to create his work. He records transient scenes and found items in a fragile state, eg. photograph of deflated football filled with rain water, or tracks made by bicycle tyres through a puddle. Many of his sculptures exist only as photographic images.

Created from a found skull while convalescing from collapsed lung.

Sourcing a Citroën DS from a Paris scrapyard, Orozko cut the car in 3 parts and removed the central area. The engine was removed to create a single-seat version.

Saved from a demolished building in Chicago – again cut into 3 sections, the middle part removed, before re-assembling to suit Orozko’s height.

Skin, hair and fabric fibres accumulate inside the filters of drying machines. Collected from machines in a New York laundromat and hung like clothes on a washing line. First exhibited in New York in the aftermath of 9/11.

Remnants of burst tyres collected from Mexican highways over several years. Specially imported for the Tate show and arranged in response to the specific gallery space. 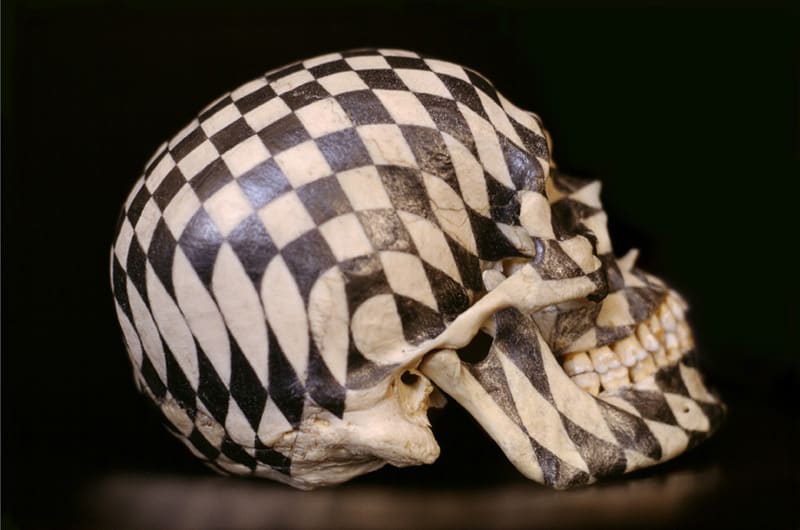 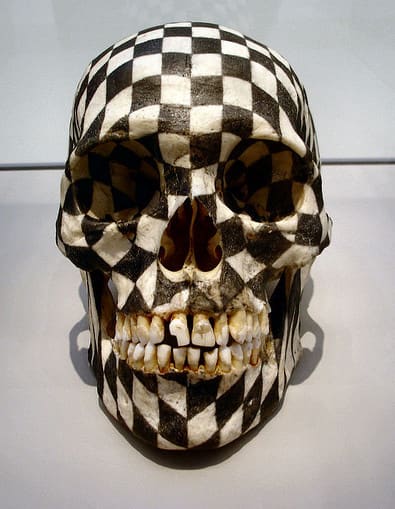 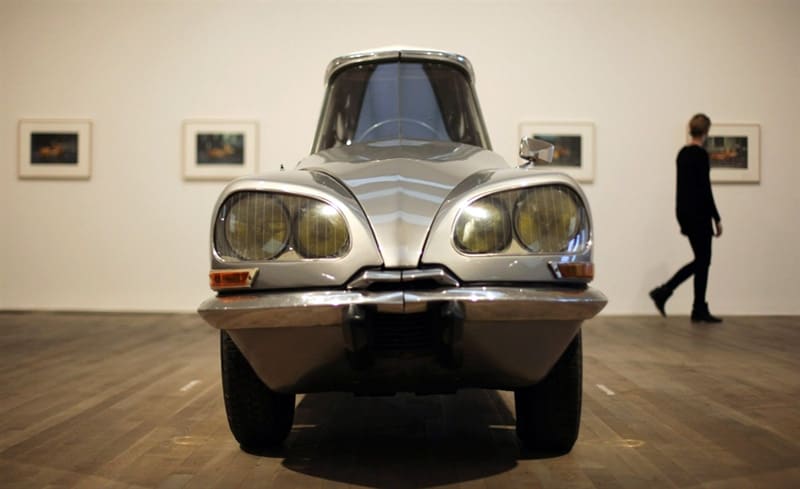 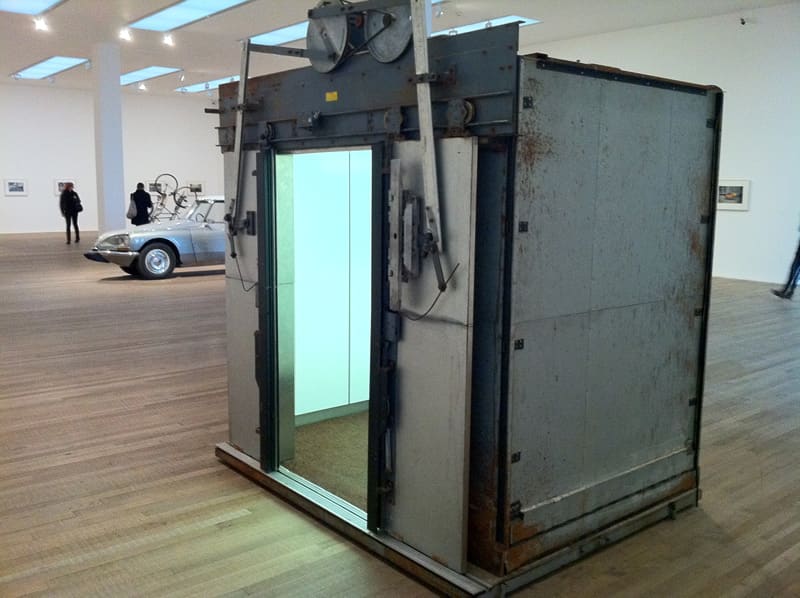 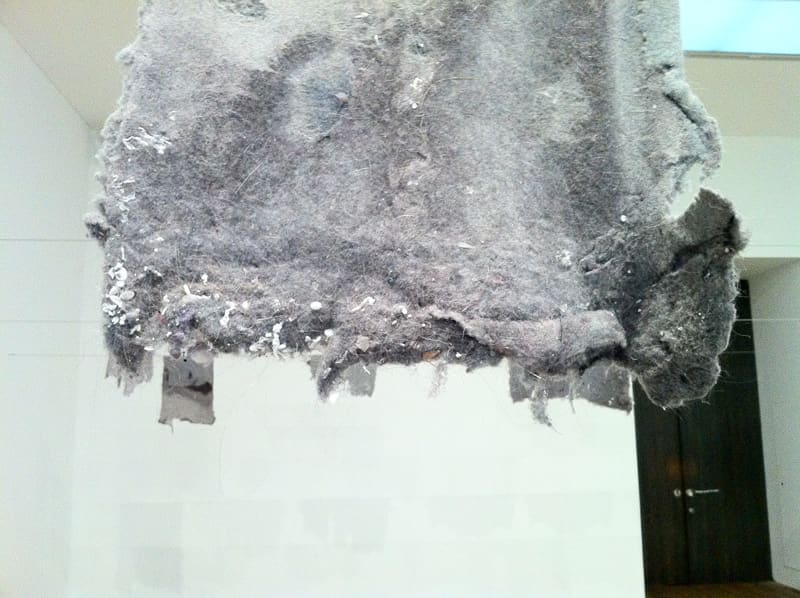 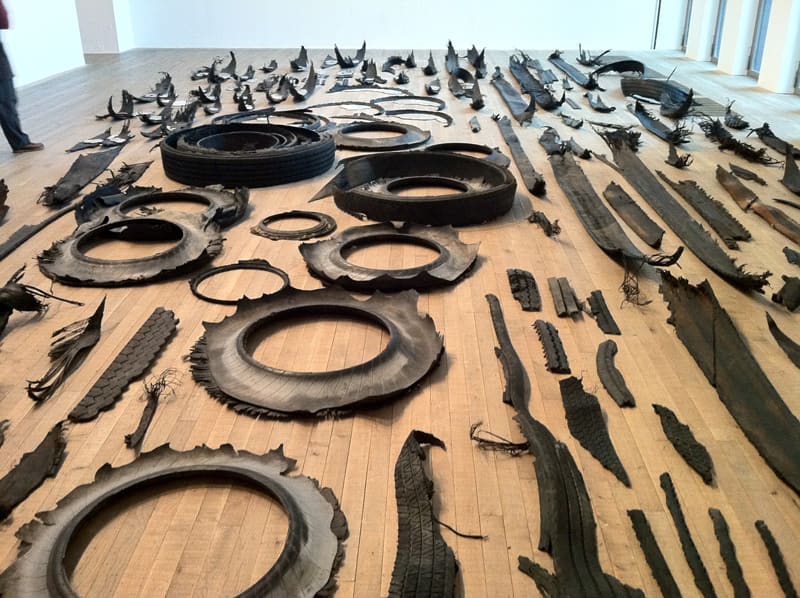 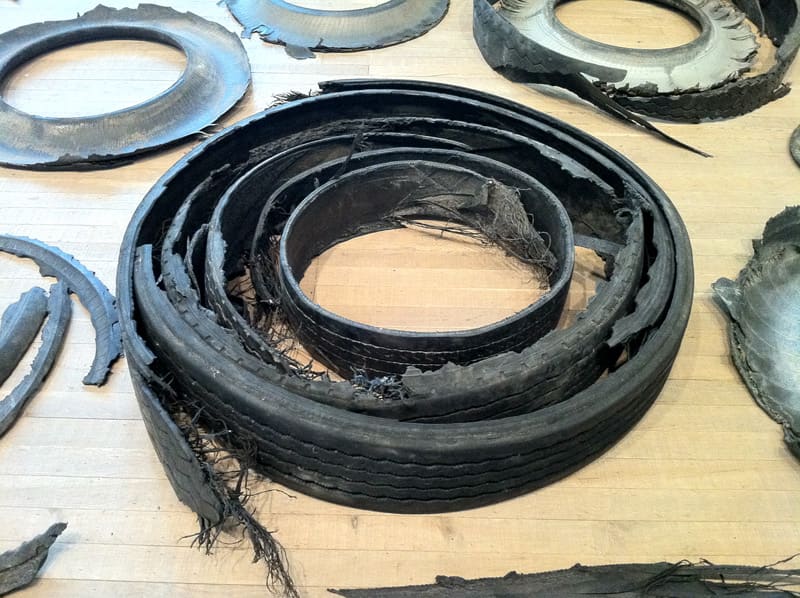 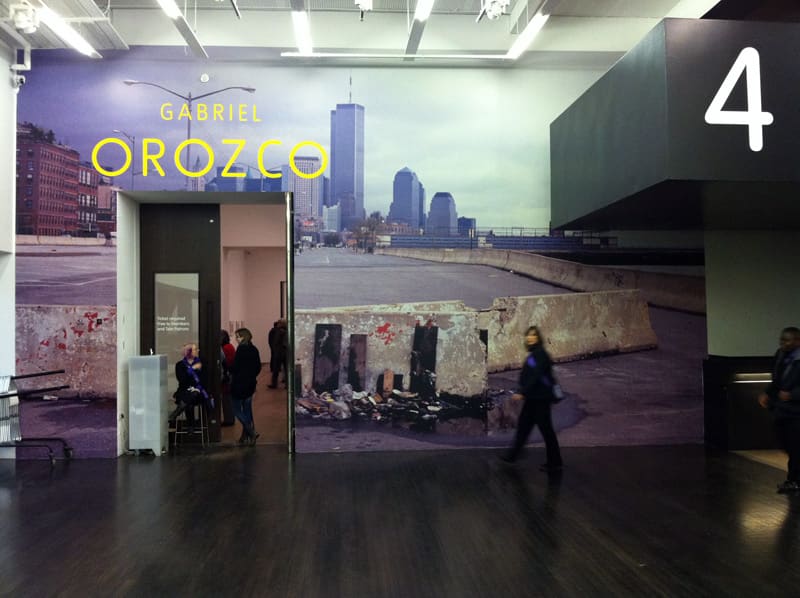