Trafalgar Square and the surrounding roads have become the latest location for Extinction Rebellion protest. The area has become a permanently occupied camp with creative workshops, media briefings and performances – also child-care,  accommodation and catering facilities.

Recent weeks have seen blockades of key London roads and bridges. It’s been a long time since we’ve seen such large scale and well supported demonstrations, possibly the largest since the anti Iraq war marches. This is more like the Occupy movement which camped for a time around St Paul’s cathedral in 2011. XR is an organised global campaign using unorthodox provocations and situationist strategies to gain media and public attention. The campaign is well supported by influential establishment figures including David Attenborough and have produced an activist’s handbook, published by Penguin. Their communication is underpinned by a simple but powerful visual language, an hourglass symbol combined with a bold typographic system that can be easily replicated and adapted by supporters. 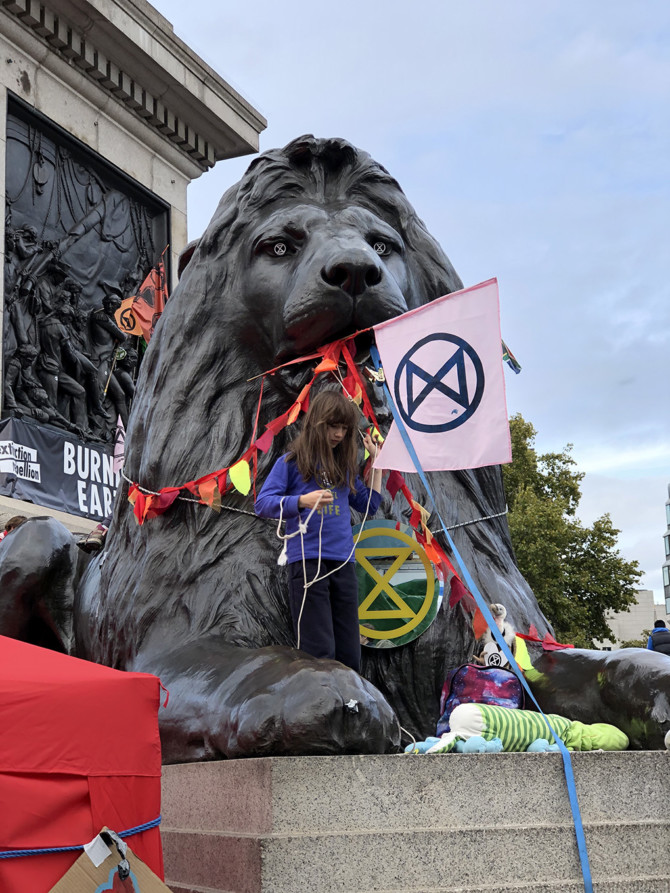 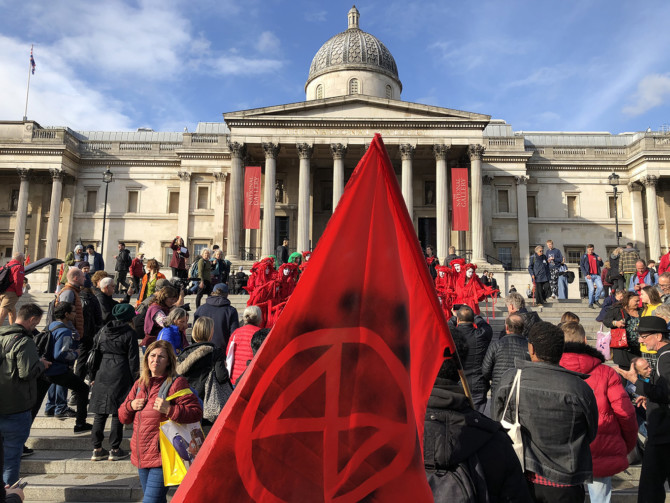 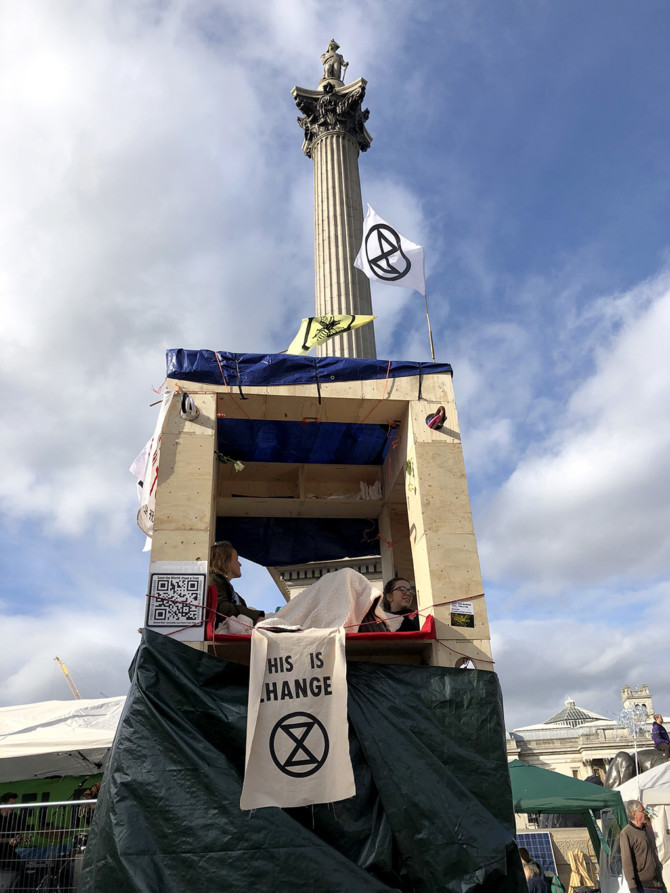 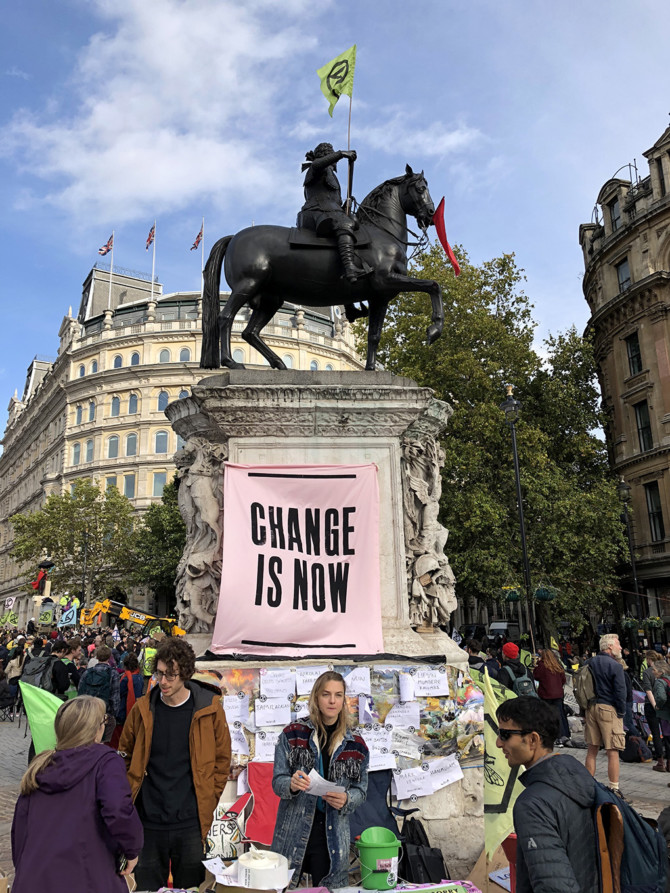 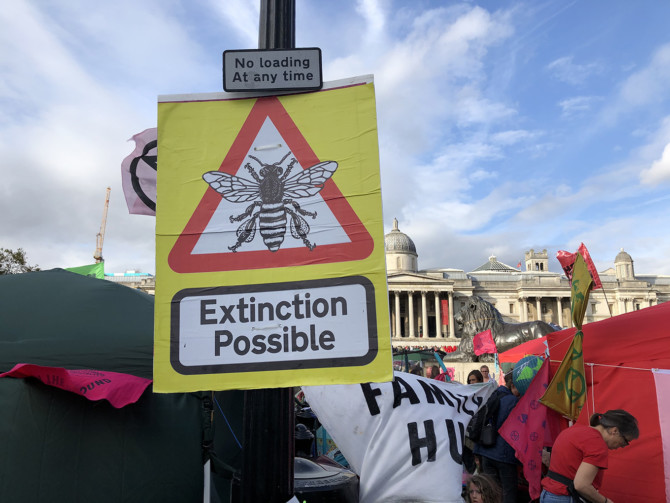 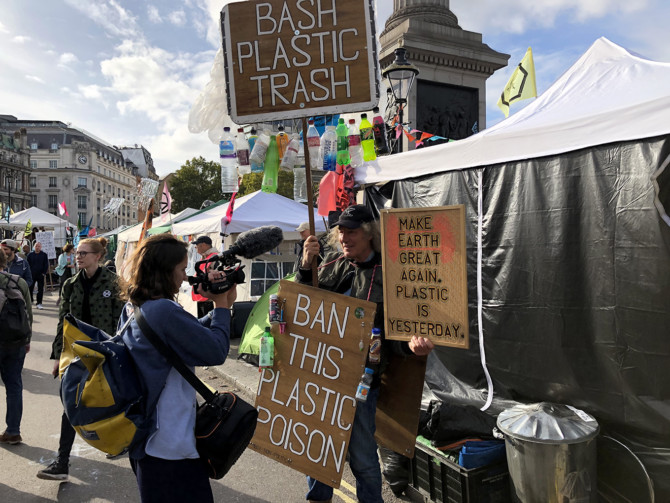 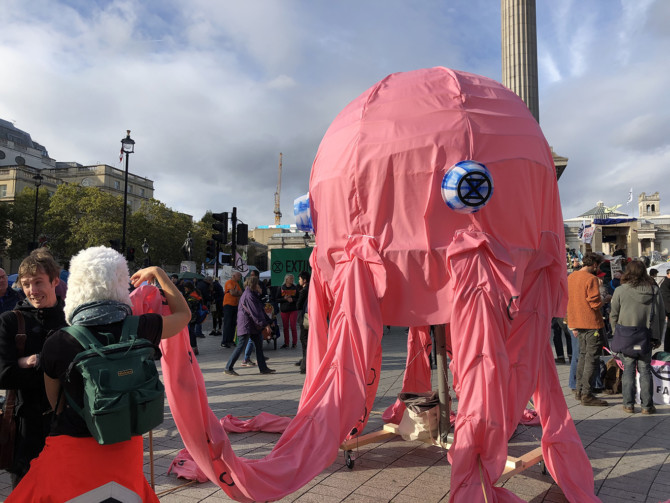 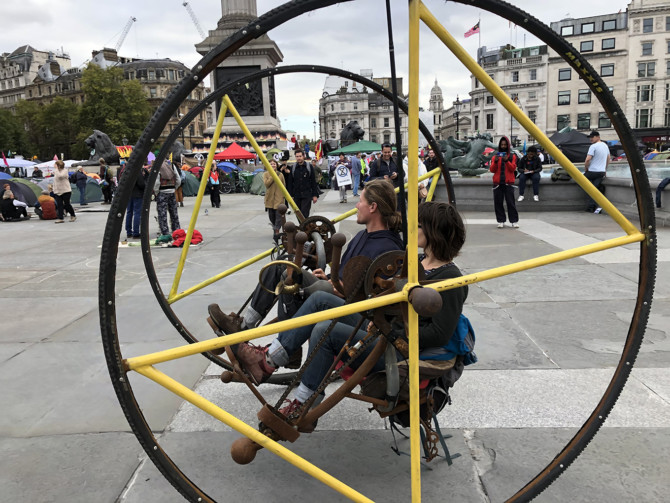 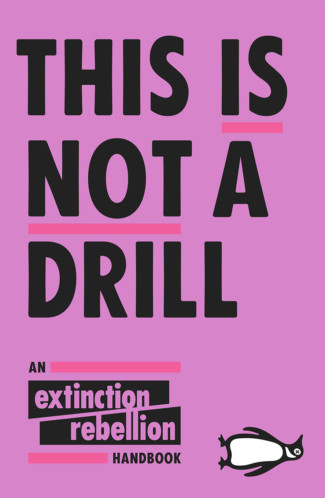 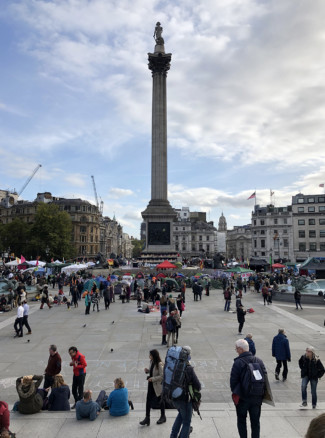 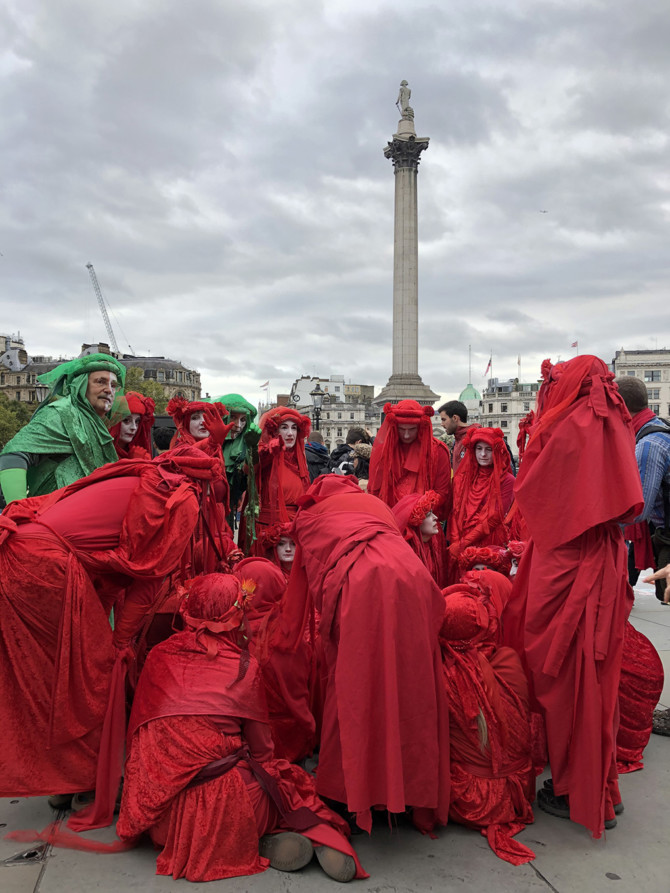 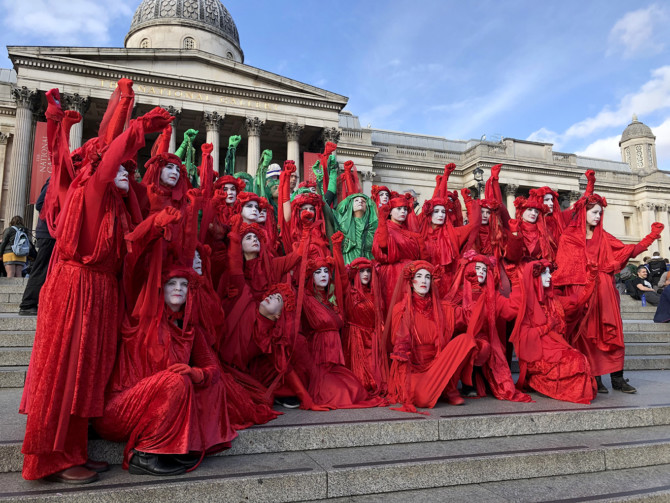 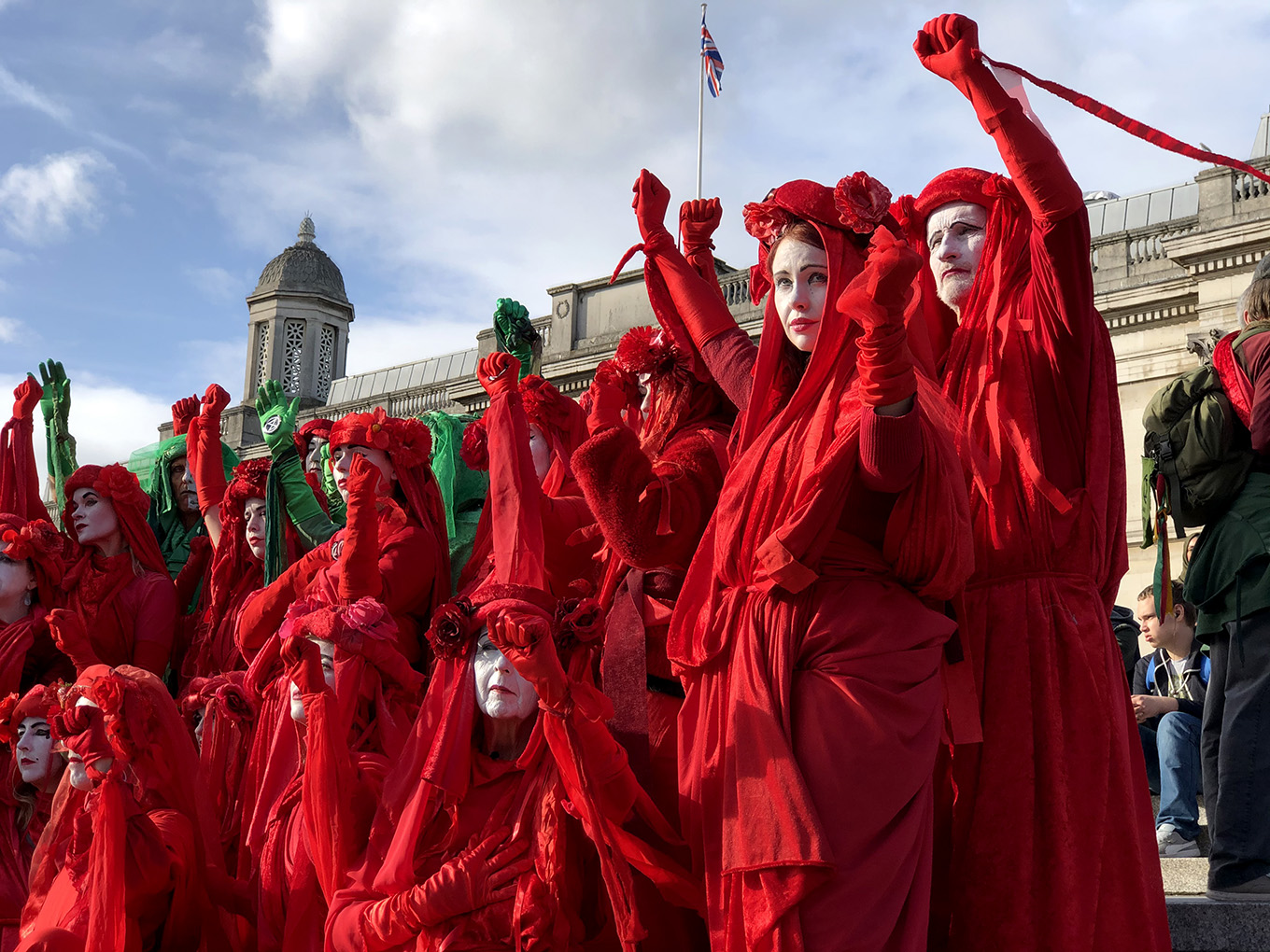 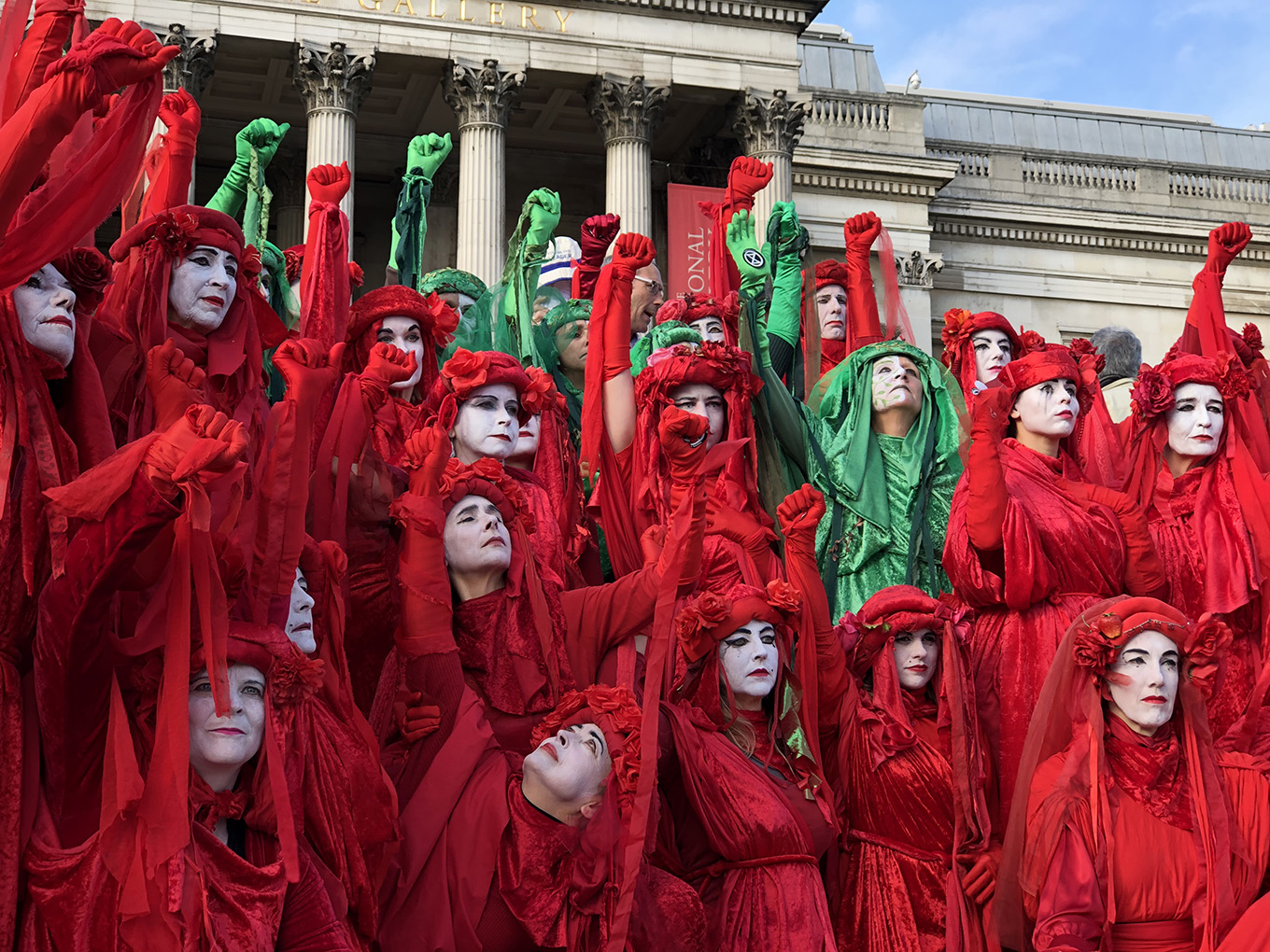