A group show at Kettles Yard named after John Smith’s 1975 film “Associations.” AS SO CI ATIONS brings together an international group of artists to explore language, narrative, subjectivity, iconic imagery and the manipulative potential of cinema. Much of the work feels retro due to the use of analogue film/slide projectors and the constant clicking and whirring of carousels and 16mm film projectors. The low-fi approach is contemporary for some of the work but has been specifically chosen by creators of more recent work for it’s inherent aesthetic and the atmosphere it creates.

1975, 16mm film, colour, sound, 7 min.
Courtesy the artist and Tanya Leighton Gallery, Berlin
This film is the cornerstone of the show. The soundtrack is a male voice reading from “Word Associations and Linguistic Theory” by Herbert H Clark. As images flash up on screen a phonetic relationship between the words being spoken emerges, so AS is described by a picture of a donkey, SO by a sewing machine, CI by the sea, ATIONS by the photo of Asian group above. But soon the system begins to break down as the connections between image and voice over becomes increasingly tenuous, contrived and random. More information and an extract from Associations is available on Smith’s website: www.johnsmithfilms.com

So Is This – Michael Snow

1982, 16mm film, b&w, silent, 45 min.
Courtesy the artist
Single words appear on screen one after another. Described by J Hoberman as “a kind of moving concrete poetry”, the film uses gentle humour to test the limits of both narrative syntax and viewers’ patience.

2000, Continuous colour 35mm slide projection with sound,
angled floor, 9 min.
Courtesy the artist and Murray Guy, New York
A window in the London room that Samuel Johnson worked in for the nine years it took to complete the first English dictionary, between 1746-1755. The work is housed in a separate black flat covered room, sloping down towards the projection wall. 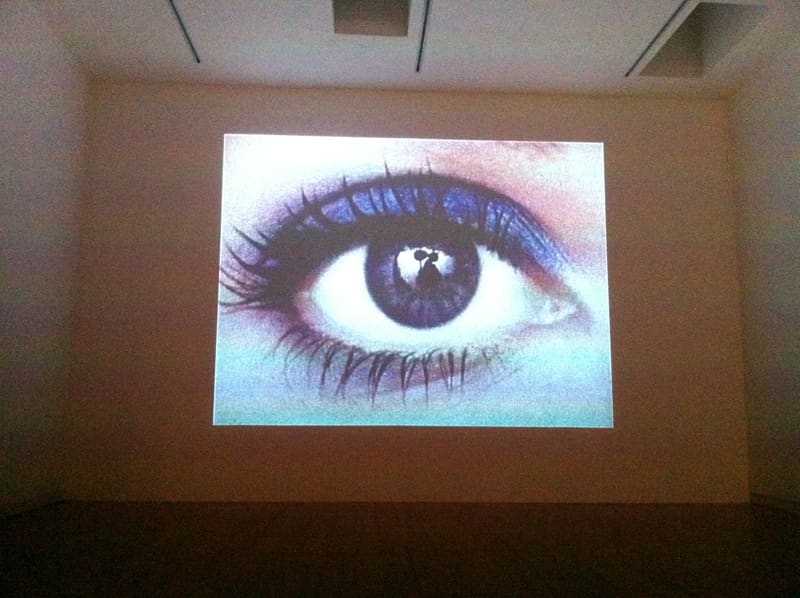 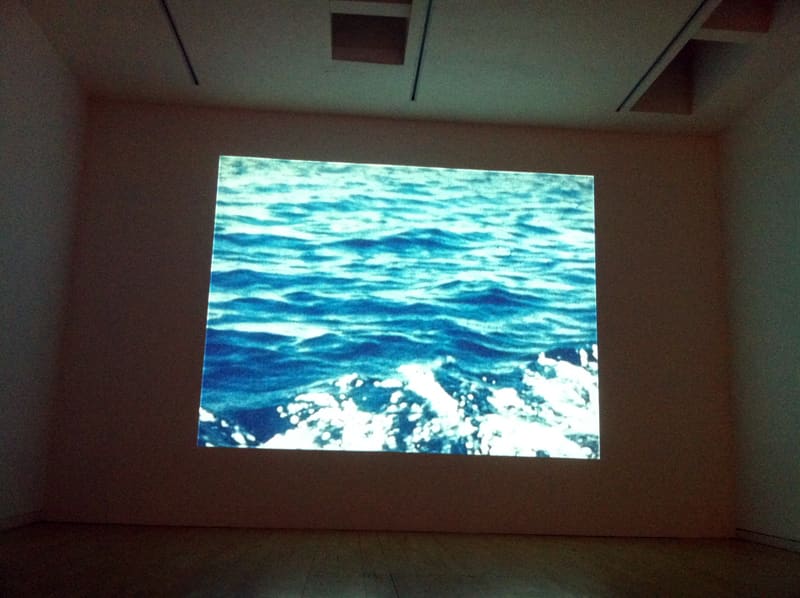 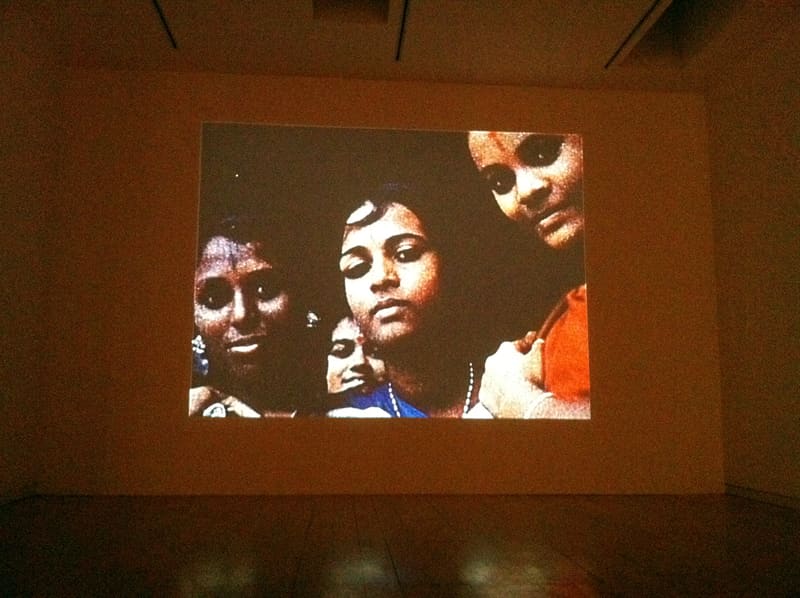 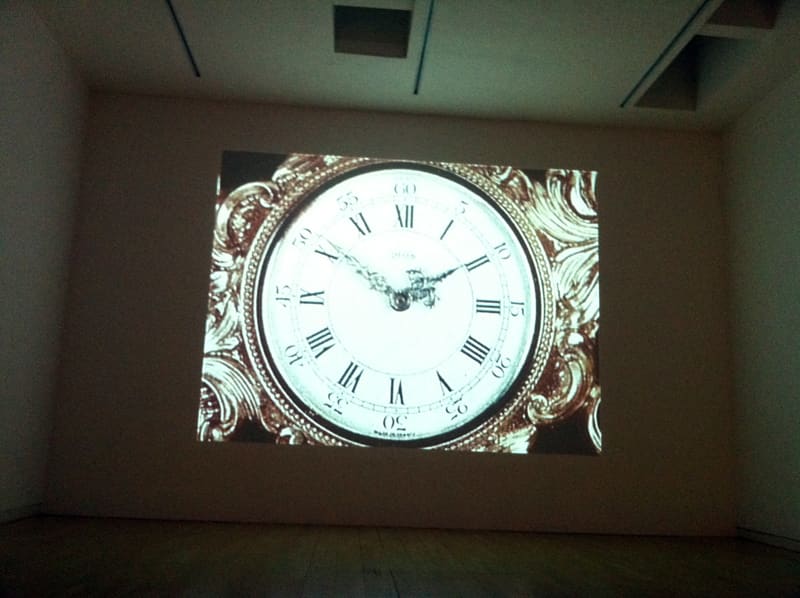 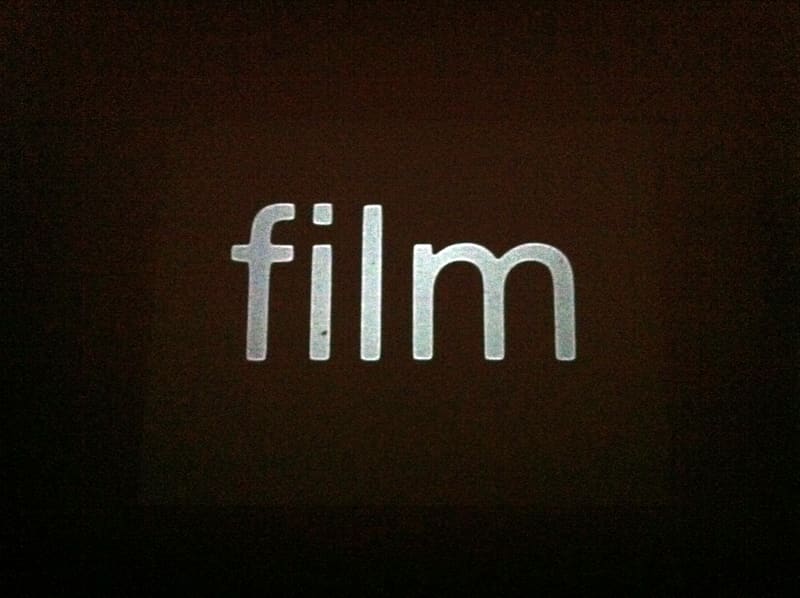 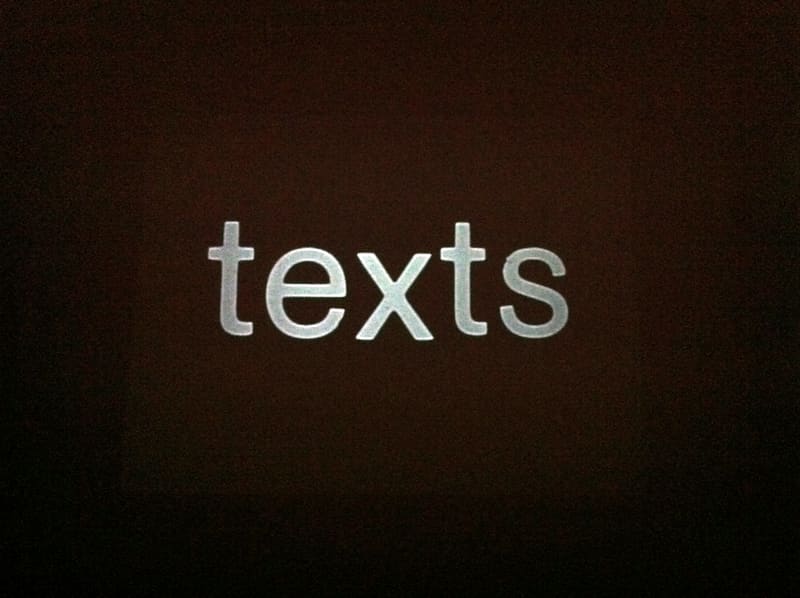 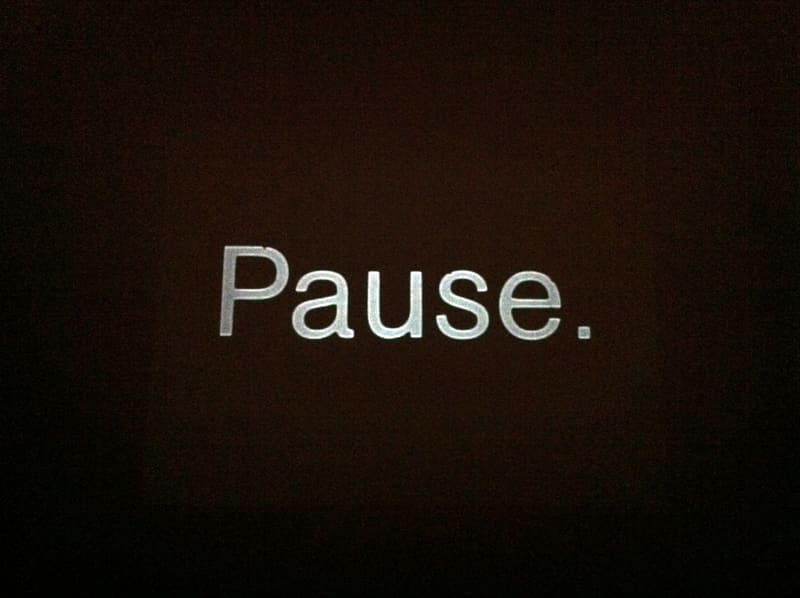 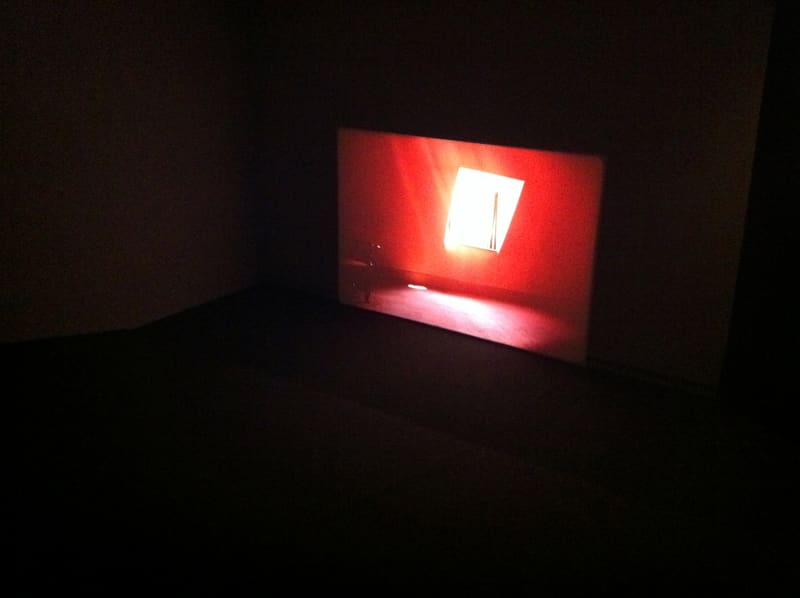 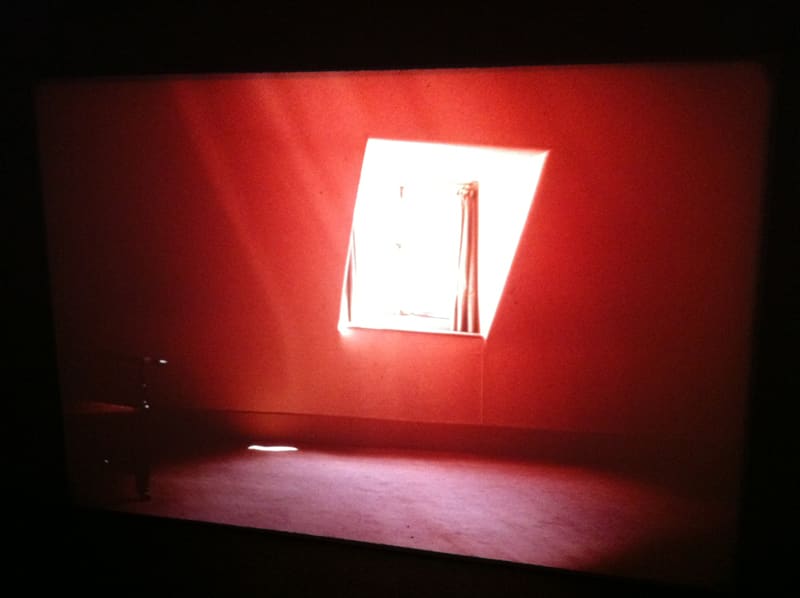 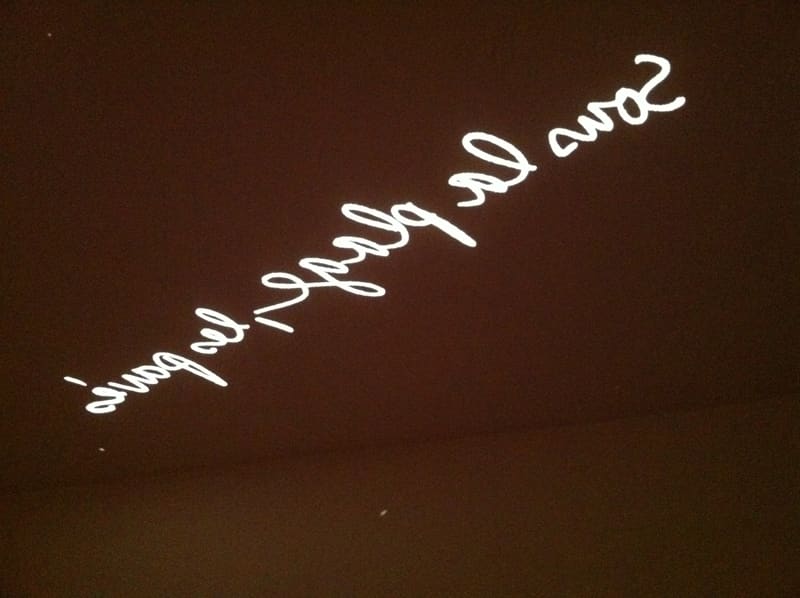 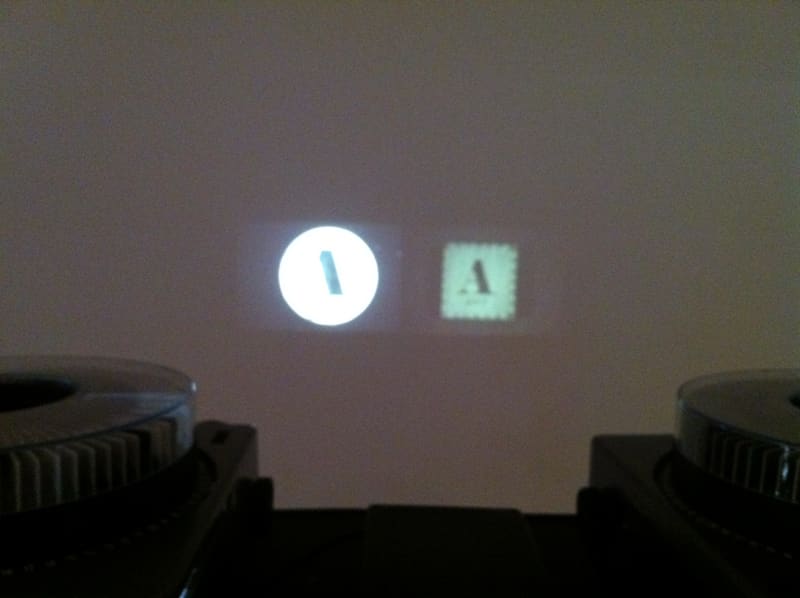 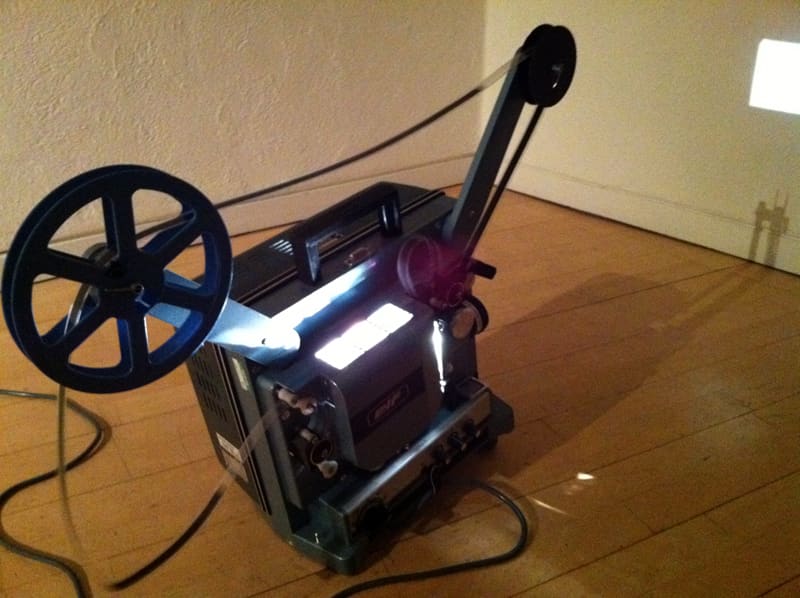