Michelle has been working with a friend on her new play at the Chickenshed Theatre in North London. Rachel Yates is Associate Director at the theatre and her new work is autobiographical, inspired by her own upbringing in a family that fostered children. Rachel has interviewed family members and others with varied experiences of the fostering process. The production mixes audio recording of these interviews with a stage drama telling the story of one boy’s reconciliation with his foster family. The principal character is played by Michael Offei. Michelle worked with Rachel on a series of collaged images mixing photographs, scraps of paper and painted marks. The images were projected onto a backdrop of white sheets and items of clothing hung around the circular theatre. Original music and interview soundscape composed by Dave Carey. Film sections by “Hurt Locker” and “Touching the Void” cameraman Oliver Driscoll.

In addition to her work with students and directing productions at Chickenshed, Rachel has choreographed music videos for Temper Trap, Massive Attack, Adam Buxton and the “Playing with my Friends” IKEA advert. The play is held in the intimate Studio Theatre, which holds aprox 100, and runs until May 18th. Read more about All I’ve Known. Photography by John Pridmore. 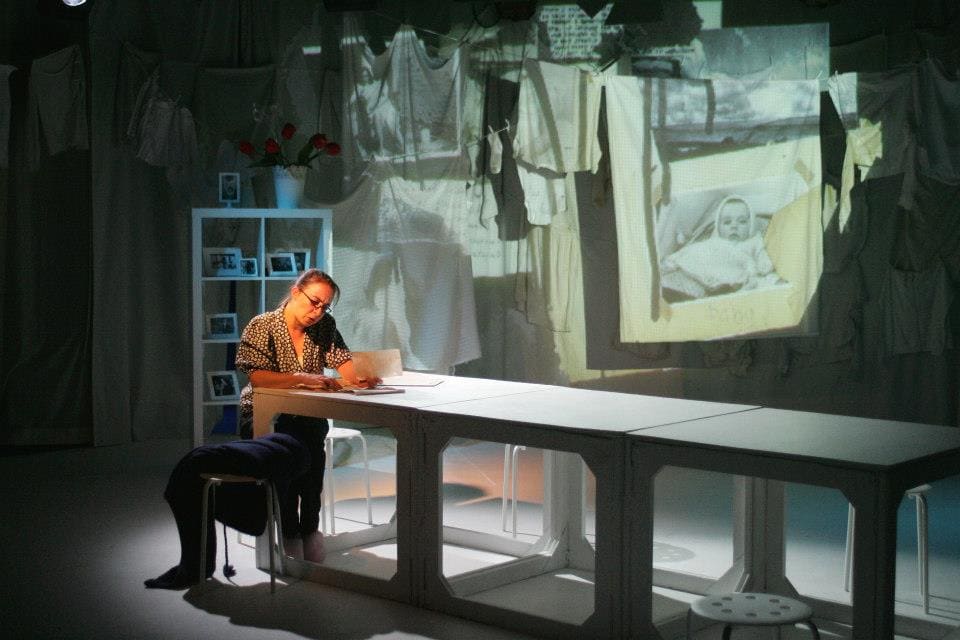 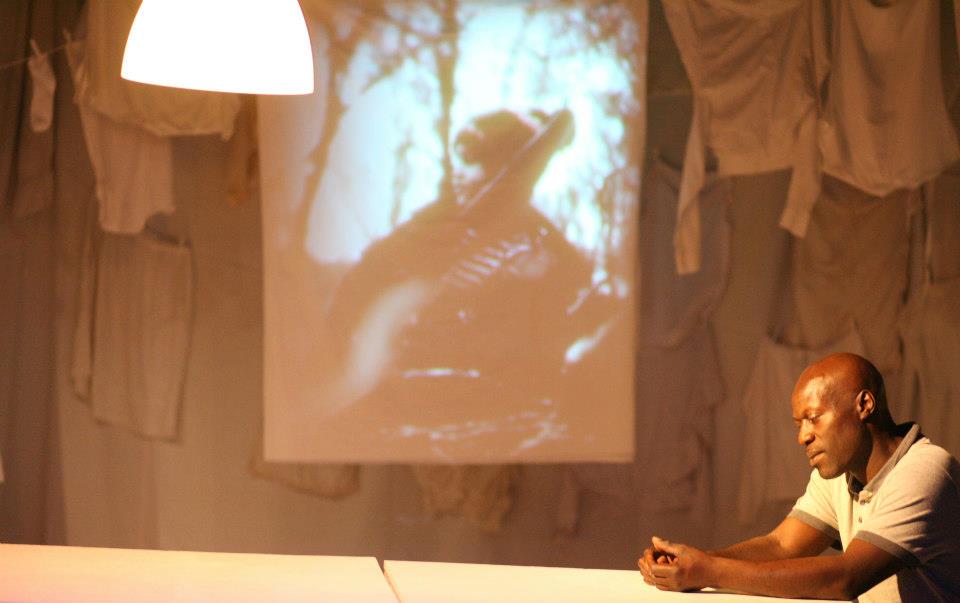 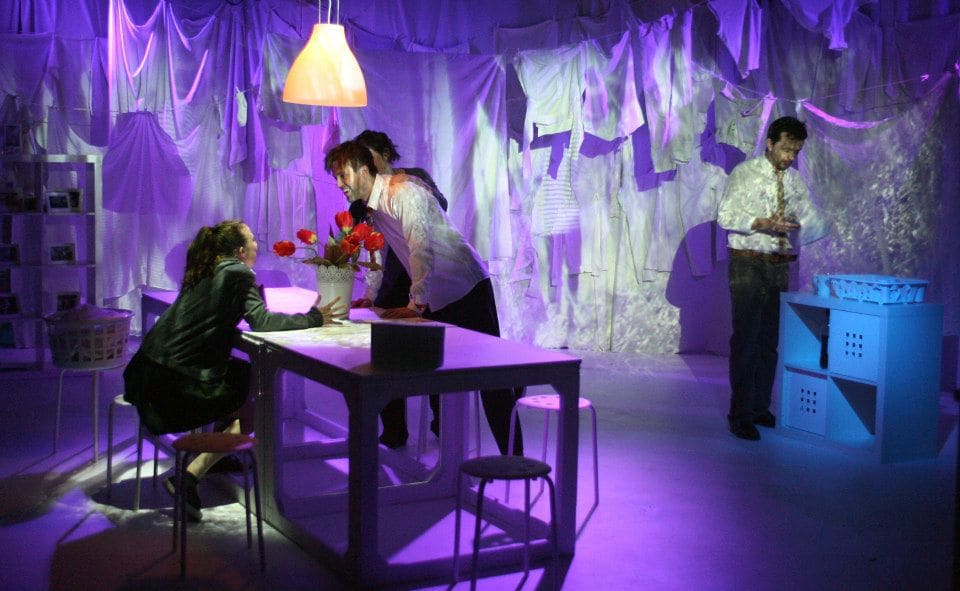 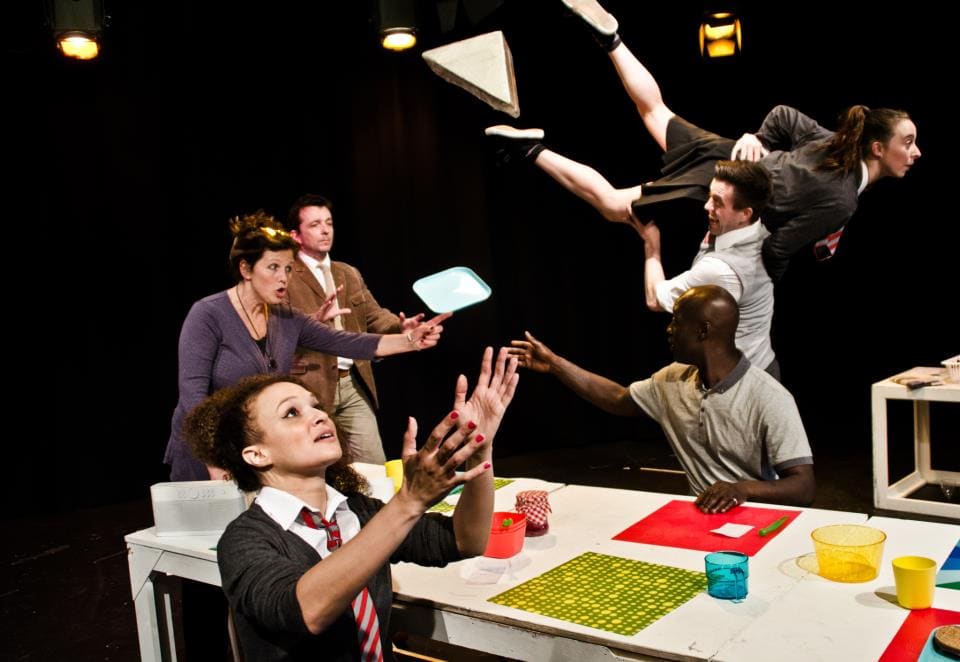 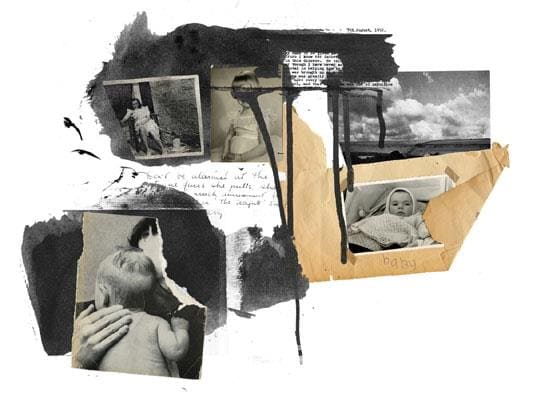 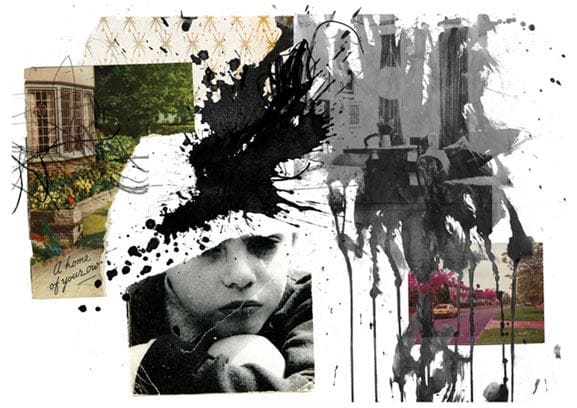